Switzerland will allow stolen data acquired through official means to form the basis for a request for assistance but will help India only for post-2011 bank accounts, that too as long as Swiss courts don't interfere 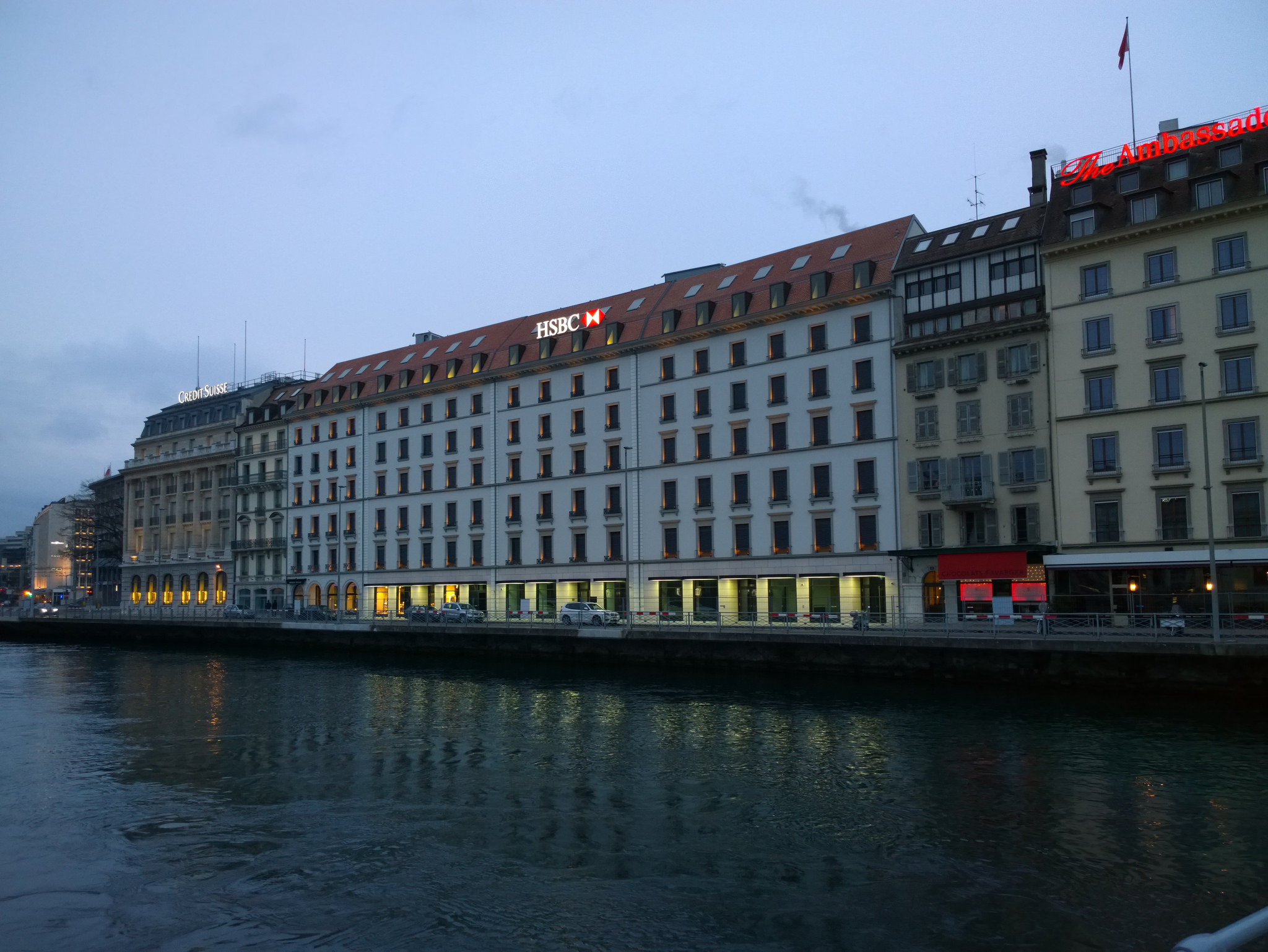 Geneva: Switzerland’s proposed changes on treating stolen information have generated much optimism in India with most analysts assuming this will favourably impact the sharing of information on tax evaders. But a closer look at the changes suggests it is too early for the Indian government, or others around the world, to celebrate.

On September 2, 2015, the Swiss government announced that it had begun consultations on revising the Tax Administrative Assistance Act to allow for the “easing” of current Swiss practice on treating stolen data.

The proposed legislative amendment that will be taken up next year by the Federal Assembly – Switzerland’s parliament – after the consultations will clarify the legal situation taking account of  international developments.

It has become imperative for Switzerland to address its position on stolen data given that the country seeks to “score high” in an impending OECD review that will judge how it deals with requests for administrative assistance. Later this year, the OECD Global Forum on Tax Transparency will put Switzerland under the scanner to examine compliance with administrative assistance standards. The forum is an international body that ensures implementation of internationally agreed standards of tax transparency and exchange of information. While phase one, in 2011, dealt with legal and regulatory requirements in Switzerland, in phase two the country will be judged on its ability and willingness to respond to requests for tax information from other countries.

A peer review group of 30 countries – of which India is vice-chair – will evaluate the processes over several months, beginning in the autumn of 2015. In its statement, the State Secretariat for International Financial Matters, under the Swiss government in Bern said, “Addressing how it treats stolen information is a step in this regard. Switzerland will find itself in a better position for phase 2 of the Global Forum peer review on administrative assistance in tax matters.”

It noted that since 2011, the prevailing parameters have changed and the pressure on Switzerland has increased considerably. It has received numerous requests based on stolen data. Existing Swiss law does not permit sharing information on requests sought on the basis of stolen information.

The Swiss have come to realise that the exception on stolen information as applied in practice in Switzerland is perceived as “widely disputed” and “highly controversial” in a clarification accompanying the announcement. The Swiss government also noted that “countries such as Luxembourg, which refused to cooperate if requests were based on stolen bank data, have radically changed their legislation and adapted their practices in response to the criticism expressed by the Global Forum”.

The case in question and India’s interest in particular, lies in the HSBC account list that has come to capture public imagination over the last few years. In late 2008, the French government reportedly confiscated the data that was stolen from HSBC Geneva, by an employee-turned whistle blower, Hervé Falciani. The French government in turn passed on information on Indian account holders to the Indian government in 2011.

More than 30 countries have received the information from France via their administrative assistance agreements, Swiss authorities have said. Therefore, the Swiss now want to make amends, given that the number of requests submitted to Switzerland will only increase. Refusal to cooperate becomes more difficult to justify, “as Switzerland could be perceived to be protecting criminals for the simple reason that they were on a list of stolen data”, the government reasoned. Without this amendment, the number of requests submitted by partner countries which Switzerland will have to reject will continue to rise. However, by changing its stance on stolen information, “it has every chance of obtaining a good score in the peer review”, the government explained.

But what does all this mean for India? Let’s look more closely on the potential obstacles in the exchange of information, assuming the new change on stolen information comes into force. While experts agree that the exchange of information will become easier with this change of stance on stolen information, there are, however, a few riders.

First of all, it is not entirely clear that these changes will apply retrospectively to all previous incidents of stolen information. This raises a question on whether the HSBC list will be entirely covered, although this is precisely the intention. Here is why.

Mark Herkenrath, Director, Alliance Sud in Bern, said, “The main purpose of the proposed amendment is to find a solution for the many pending requests based on the leaked (“stolen”) HSBC data. I’m confident the amendment will cover, retrospectively, these incidents. However, Switzerland will still not send out information relating to time periods before the revised double taxation agreements (which now include provisions for information exchange on request) were signed or, respectively, entered into force.”

So here is the catch. There is likely to be a limitation on the period of applicability of this amendment while taking into account Double Taxation Agreements (DTAs) in force with respective countries. For example, the amended DTA between India and Switzerland came into force in 2011.

Anne Césard, deputy spokesperson at the Secretariat for International Financial Matters (SIF), told The Wire, in an email that, “Requests by foreign tax administrations based on stolen data will only be possible when the revision is in force. Under the current Swiss-India DTA, it is possible for Switzerland to provide information for fiscal years which start on or after 1 April 2011. Thus, Switzerland would not be in a position to provide information on an HSBC account closed before 1 April 2011.” Therefore, information requests will only be entertained if they fall into this period and provided the accounts are still functional.”

This can be problematic for India. It is not clear how many of the 1195 accounts held by Indians, as revealed in Swissleaks – the investigations by the International Consortium of Investigative Journalists (ICIJ) earlier this year – have been active since 2011, the period for which requests will be treated. It was in 2011 that French authorities shared a list of 700 names with the Indian government. Already, media reports cited Indian authorities, earlier in the year, who said that 200 accounts had no balance at all. In an interview on the phone, a spokesperson at HSBC Private Bank in Geneva refused to comment specifically on the operational status of the 1195 Indian accounts.

According to ICIJ, the data comes from three types of internal bank files from different time periods have been classified into three types. “One reflects clients and their associated private accounts at the Swiss branch of the bank mostly from 1988 to 2007. Another is a snapshot of the maximum amounts in the client accounts during 2006 and 2007. The third is of notes on clients and conversations with them made by bank employees during 2005,” ICIJ explains on the website of Swissleaks.

“According to the proposed revision, Switzerland will still reject requests if the data was actively acquired (for example by paying for stolen data ) by the requesting state. But if India gets this information through a procedure of administrative assistance, Switzerland will be able to cooperate with India,” Césard said.

In the HSBC case, it is understood that India did not “actively acquire” the data, since the Indian government received the data from French authorities. Christian Eckert, Minister of State for the Budget, in the French government, has publicly clarified that France did not buy the data from Falciani. Therefore, technically, this information although stolen, is still within the framework of administrative assistance requests protected by international treaties. The Swiss government is therefore, likely to allow requests based on this, notwithstanding the period of applicability.

“If the proposed revision enters into force, the Indian tax administration will then be able to make requests if the stolen data came into its possession within the scope of an administrative assistance procedure (e.g., through an international treaty) or via a publicly accessible source,” Césard clarified. If the information is still relevant for facts related to fiscal years after 1 April 2011, it can be used as the basis for a request made to Switzerland, she added.

But commentators are wary about what constitutes “actively acquiring” stolen information. Although in the French case, Falciani did not get paid, it is understood that he made several attempts to sell the information. In an interview for CBS 60 minutes earlier this year, Falciani said he believed he deserved to get paid for the information.

Finally, there is yet another layer that the administrative requests have to cross – much will also depend on how Swiss courts will treat cases based on stolen information.

Simone Nadelhofer and Héloïse Rordorf, lawyers at LALIVE, a law firm in Zurich and Geneva that has advised and represented clients before the Swiss authorities in relation to requests of assistance filed by the Indian authorities based on the India-Swiss DTA said: “The ease of the provisions of the TAAA (in case they are approved by the Swiss Parliament) is likely to have an impact in practice and give basis for the Federal Tax Administration (FTA) to respond favourably to requests of assistance even if there are based on stolen data, subject to the other conditions for an information exchange being met. The way the Swiss Federal Administrative Court (SFAC) will interpret the new provision needs however to be seen. Indeed, while the FTA usually interprets the provisions of the TAAA and the applicable Double Taxation Agreements (DTAs) rather generously and in favour of granting assistance, the FAC has in the past and on certain issues adopted a stricter and more conservative interpretation of the applicable provisions compared to the FTA.”

In any case, Switzerland has signed up to the OECD’s international standard on the automatic exchange of information in July 2014. As a result, data will automatically be available to the tax administrations of partner countries from 2018.

So it is best to be realistic on what these changes will finally yield for India.

The Swiss Banking Association for its part has said, “The SBA still has serious reservation towards using stolen data as a basis for administrative assistance. It is, however, very important for our international financial centre to apply international standards. Stolen data should only be used as a last resort when administrative assistance is granted,” Sindy Schmiegel Werner, Head of Public Relations, Swiss Bankers Association (SBA) said.

To be sure, the Swiss government takes this seriously. “The consequences of a bad review must not be underestimated”. It highlights potential economic sanctions and strained relations with international organisations such as development banks, who could consider reducing cooperation with countries which are considered to be deficient by the Global Forum as some of the risks of not addressing the issue of stolen information. It is also worried about diminished credibility in forums such as the OECD and increasing the uncertainty hovering over Switzerland as a location for international companies.