Coming back to Mumbai after three decades, the author is taken aback at the almost total obliteration of the history of its once humming mills 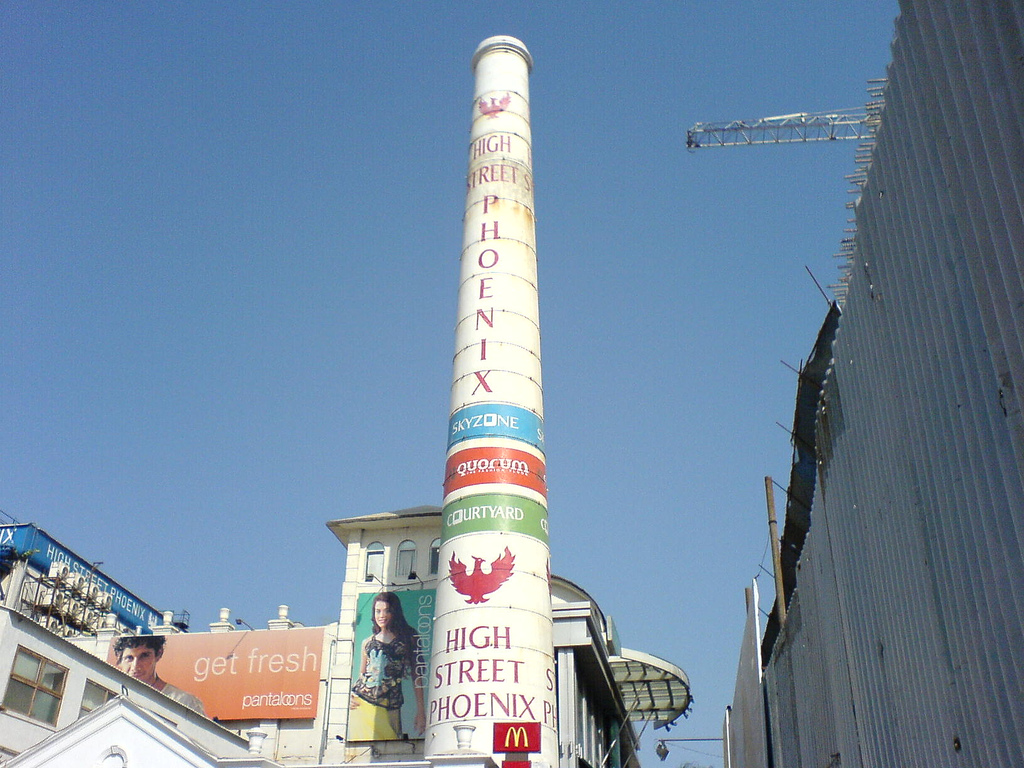 A painted chimney in a mall stands as the last symbol of what was once a textile mill in the heart of Mumbai (Photo: Rakesh Krishna Kumar) 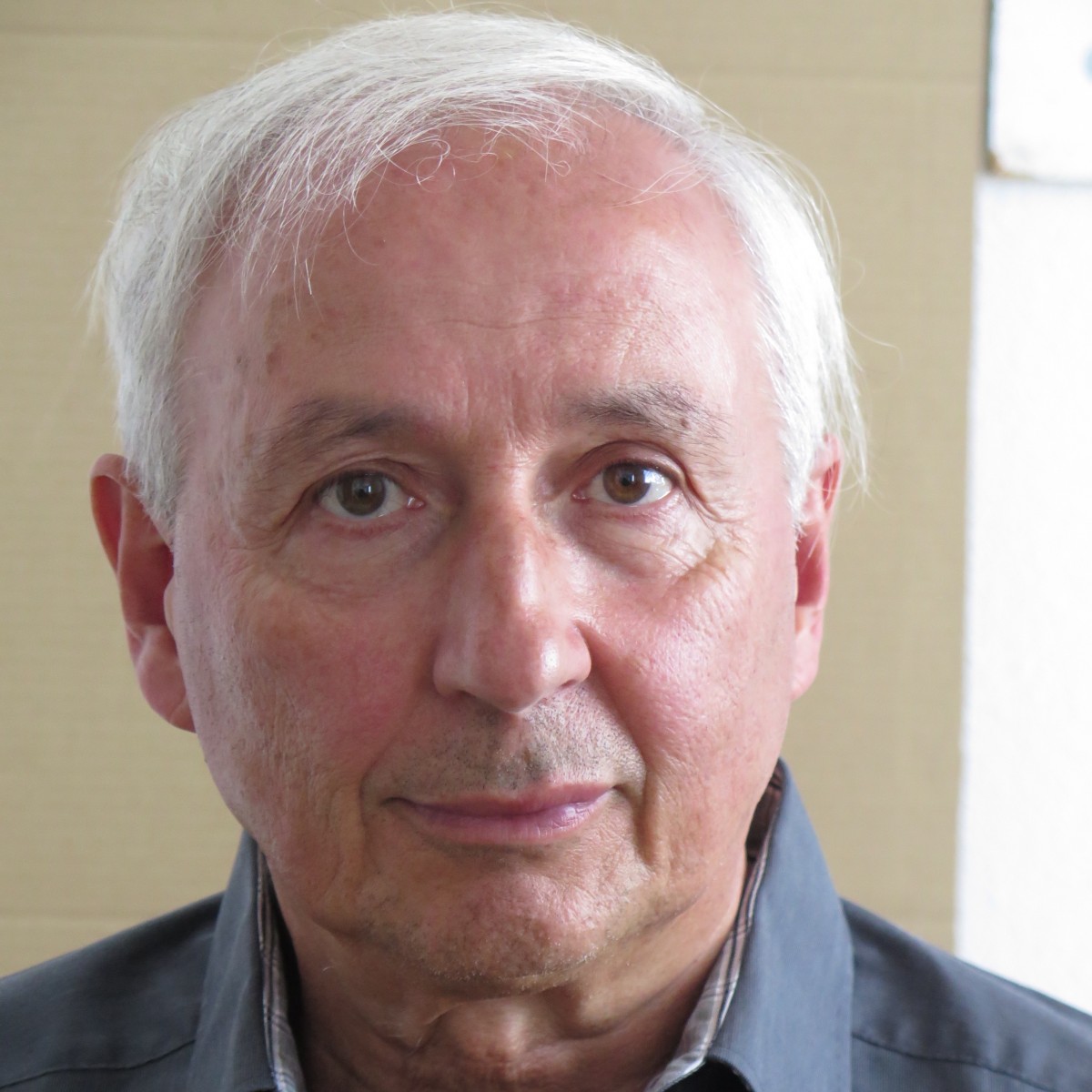 Mumbai 2015- Walking the streets in Prabhadevi in Central Mumbai I try to locate the chawl that was my temporary home for a couple of months during the tragic textile strike in the 1980s. I have come back more than 30 years later to learn about the fate of the lakhs of workers that once populated the textile mills and to see how Bombay changed into Mumbai. It proves to be very hard to spot my chawl, the one in which I occupied room no. 23. Familiar landmarks like the chaiwalla on the corner and a big yellow board announcing the presence of a doctor have disappeared. In fact, practically all that I remember seems to have vanished, including the chawl.

Everywhere there are enormous buildings that dwarf the tenements by which they are surrounded. They look like sequoias rising out of the scrub at their feet. Surreal architecture. You would expect a quarter with only high rises and another one with only chawls or slums. The whole mill area has become unrecognisable to me. I give up. I realise that it is quite possible that these familiar places have disappeared in the onslaught of modernity. Who can oppose the might of capital? And who can oppose capital backed up by government policy? Certainly not the simple workers who worked in the mills.

Given the impossibility to find the chawl I even don’t try to look for those whose life I once shared. Would they have even recognised me? Would I recognise them? I know that many found a job in the ever -expanding unorganised sector. From experience they know now what it means to be “unorganised”. The protection of a union – even if they were unhappy with it for whatever reason – promised better results than no protection at all. The consequences of becoming part of the unorganised sector are plain to see: low wages, no certainty of employment and forget about decent working conditions. But then, practically everyone these days works in this unprotected sector where labour laws belong to a different world, a world of books and rules and regulations, a world that isn’t theirs. Now you can only rely on yourself.

I hear the story about the division of mill land after it was made possible to change the use of land from industrial use to commercial and residential use. Naturally the value of this land in the heart of the city was bound to explode as it did. Yet, not many thought of the workers who had given their strength to build up Bombay’s industrial heart; they were deserted, left to their own devices. So there it was, a division of Girangaon (the village of mills) in more or less equal parts: 1/3 for the mill owners, 1/3 for the Bombay Municipal Corporation to be used in public interest (parks, open space and civic amenities) and 1/3 for public housing. 600 acres in all.

It was a matter of time but eventually the predictable happened. There was tremendous pressure on the part allotted for public housing. So it shrunk. Under the Development Control Regulations in 2001 not less then 85% of the available land was to be destined for “private development”. So much for the workers’ share and the appreciation of their contribution to the development of Bombay. I realise that this is a very different Mumbai from the Bombay I knew and experienced. A typical chawl in Mumbai, where the author lived during his research into the textile strike in the 1980s

Bombay, 1986 – How different it was when I entered Prabhadevi the first time, 30 years ago and three years after the historic Bombay textile strike. I had come from the Netherlands to study that strike, which ended with the workers getting really nothing. On the face of it there was nothing to show that the workers living in the chawls of Prabhadevi had overcome an immense struggle. The majority of them were taken back although many found their status as permanent worker changed into that of a ‘temporary worker’; many others (75,000 of them) were straight away fired or declared redundant. None of them could have believed that in little more than two decades the whole textile industry in Bombay with its 150 year old legacy, would disappear, leaving hundreds of thousands unemployed while benefiting a handful of crafty people with huge profits.

All this was unknown to me as well when I entered Prabhadevi to take my place in a kholi (one room) where textile workers as well as those who had left the mills were staying together. Although my roommates had to accept a complete foreigner in their midst, one who didn’t know the many habits and rules that govern daily life, I was welcomed and given a place next to them. Literally. We shared a small room. Ten of us. I wondered how that was possible in a room of 230 cm by 400 cm. But it was. All personal belongings were stored in metal suitcases that were placed in a loft. There was no room for them in the kholi.

Personally I was scared of rats (the chawl I was staying in didn’t win prizes for cleanliness) but my roommates put me at rest saying that there was simply no space for rodents. How right they were! There was only one toilet outside of the room which was used by the whole block and it bore the traces of it.

To me, coming from the West, it was an unnerving experience to sleep shoulder to shoulder in a cramped place suffering the April heat and not even a fan to moderate the suffocating temperature. For two months I would barely sleep and in the morning I would be exhausted. Oh, how I wanted to rest some more but you had to get up because water was available only for a very brief period in the early morning. In a corner of the room there was a place for washing and in that the kholi was luxurious. In the late afternoon there would be another water period but everybody and everything had to be accommodated within these two spells. So hurry up–wash your clothes, clean yourself and be done with it!

Living in such proximity I had to learn a lot e.g. how to wash yourself while wearing a lungi. And changing clothes without exposing yourself looked like a juggling act. It felt strange. Uncomfortable. Coming home late I often found the kholi dark as everyone had gone to sleep. But they switched on the light as they liked to carefully observe me preparing for the night. The observer was being observed.

They took me to a khanawala, the place where the worker could have a meal twice a day at a very affordable price. These khanawalas were important in social life not just for the food but also as a meeting place. They were grouped around criteria like common background, shared language and preference for the same food. But it was not a place to sit and talk as I was used to. In comparative silence everyone enjoyed his food and left. Drinking tea together or — much more rarely — having a drink were better occasions to share views and feelings. The discussion then often centred on those who were staying in the village and on problems confronted while working or finding work. The strike had left thousands of workers unemployed. Walking appeared to be another important activity. As one of my roommates explained to me, his daily walks were an important way of escaping the tensions of kholi life.

One evening I found that none of us could use the room as it was occupied by a neighbour who lived in a neighbouring kholi. He needed our room as his mother had died the day before and our kholi was needed to prepare a meal. A group of determined women armed with pots, pans and kerosene stoves had taken possession of our place. That night I had to sleep in a still smaller place on a few wooden planks right under the roof with a small fan blowing furiously but dangerously close to my stomach. Now I had the fan I had longed for but still I couldn’t sleep.

At daytime we rolled up our jute mats and put them away on the loft so that there would be place in the room to sit and hang around. Fortunately I could communicate with them albeit in a simple manner. I had studied Marathi for six months in order to be able to talk to the workers and although this was insufficient to go far beyond small talk it helped a great deal in bridging cultural gaps. They appreciated my effort and were very surprised to find that my wife was a Maharashtrian. ‘Bring her,’ they said. I did but that was to be much later.

Meanwhile I learned what it means to live with very little money, what it meant to them to have their wife and children staying in the village and how limited, in fact, their knowledge of Bombay was. I came to realise that – although a foreigner – I had seen far more of the city than they had. With wonder they listened to me when I explained where I had been and who I had met. They would hardly ever leave the area in which they were housed and where their employment was. Daily movements were restricted to the space between the mill, which was close by and their kholi. In that they might have been not too different from the ordinary Bombayite who also seems engrossed in going to his work and returning home at night with little attention to what happens just around the corner or in another part of the city. I realised again how fortunate I was to be able to leave my background behind me.

Postscript: Travelling through the former mill area in Mumbai I find an occasional reference to its industrial past, a past that – in spite of many unfortunate events and circumstances – added glory to the city. But this past is not known by a generation that grew up with social media and is seduced by the glamour of shopping malls. It pains the eye to see a chimney of Phoenix Mills being incorporated in the snow-white world of Palladium shopping mall as a reference to the past. What will the ready-to-buy younger generation make of this strange white ‘ornament’? Will they realise that this object is central in Mumbai’s history? Does it symbolise the victory of commerce over industry? Is it showing a middle finger to the mills, to history? Yet, I also come across youngsters who ask questions, make documentaries and write pieces in which they wonder about what once was. In that there is hope, hope for a real and not a symbolic acknowledgement of the significance of the past.

Hub van Wersch is a Dutch anthropologist who wrote an extensive study of the textile strike in Mumbai in the eighties: Bombay Textile Strike 1982-83 which was published by Oxford University Press in 1992. So far it is the only English book encompassing all the relevant aspects of this historic strike. At the time of his research he stayed with workers in a chawl for a few months.