Modi’s Trade Curbs Are Illogical, Unless There's a Political Reason Behind Them

If the government publicly claims India’s inflation spike is not half as bad as it is in the US or Europe, how can it justify such export curbs? 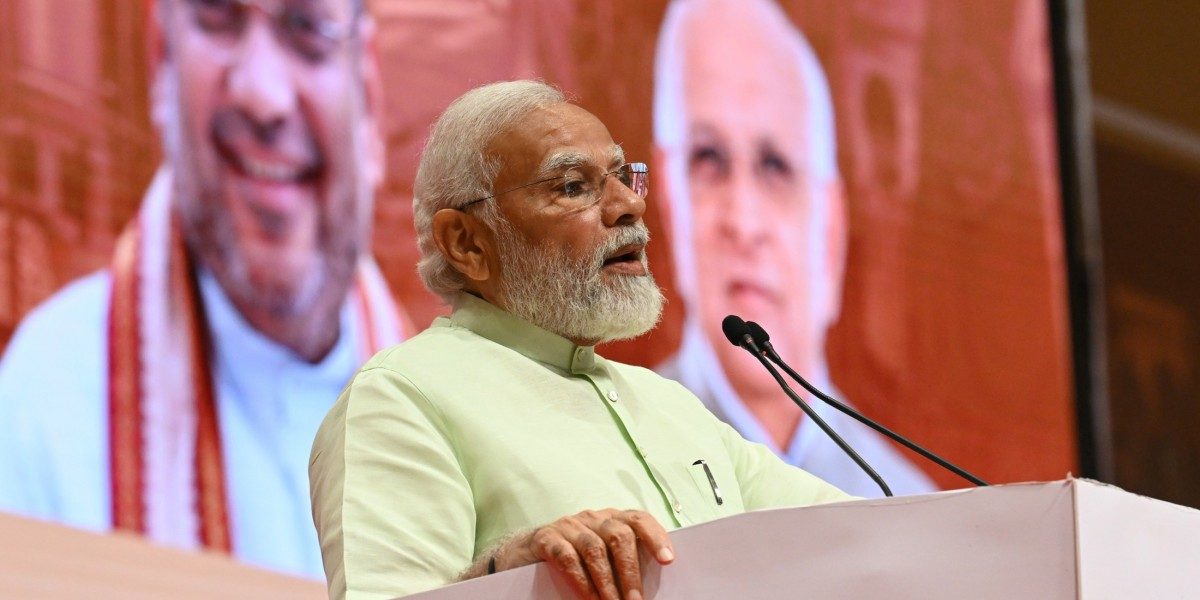 Prime Minister Narendra Modi at a conclave on the cooperative sector in Gujarat. Photo: PTI/File

It is conventional wisdom that economic policy should be consistent and predictable. Flip-flops do not augur well for broader economic growth.

In mid-April, Union commerce minister Piyush Goel outlined Prime Minister Narendra Modi’s vision of creating an “export-focused economy”, as India recorded $670 billion of exports in merchandise and services for 2021-22. But within a month, the Union government has put export curbs on wheat, cotton, sugar and steel. Rice exports may also be capped. The government appears to be spooked by the sudden rise in inflation and Modi may fear its political fallout.

But critics ask, why such a knee-jerk response when India’s inflation rate is nowhere near as high as that of the US or Europe?

The steel industry was unpleasantly surprised by the duty abruptly imposed on steel exports. Majors like Tata Steel and JSW had recently announced plans to create fresh capacity worth Rs 1 trillion with an export focus, and the duty was a dampener. The steel capacity expansion plan was seen as important fresh investment for the economy, which has faced a private investment drought over eight years of Modi’s rule.

The steel industry was among the first to declare fresh capacity creation to boost exports. This is because capacity utilisation remains quite modest at about 75%, due to lack of domestic demand over several years. But the export tax has prompted a review.

Similarly, India has been a strong agriculture exporter in recent years, scoring $50 billion in 2021-22. India was among the largest exporters of rice ($10 billion) and sugar ($4.5 billion), cotton ($6 billion), and wheat ($2.5 billion). The government has put export curbs on most of these items to contain inflation. It says it’s temporary, but exporters say India’s credibility suffers when sudden curbs are introduced, because importing nations want stable supply.

“If they don’t trust you in terms of consistency of supplies, they may move to others. Your credibility as a supplier is important,” said Gurnam Arora, managing director of major rice exporter Kohinoor Foods. This credibility suffered because wheat export contracts were annulled after the government abruptly banned exports on May 13.

So how does PM Modi’s vision of creating an export-focused economy square with such sudden export curbs in the name of fighting inflation? India’s total trade (imports plus exports of goods and services) is now nearly 50% of GDP, so it’s an important driver of growth.

It also seriously impacts our external sector and the value of the rupee.

Surprisingly, export curbs were introduced in a cavalier manner when the rupee is also under severe pressure. The curbs are concentrated more on agriculture items, raising questions about the government’s commitment to increasing farm incomes. Farmers get price upcycles every 5-6 years and to deny them their due is rank bad policy. If the government publicly claims India’s inflation spike is not half as bad as it is in the US or Europe, how can it justify such export curbs? The US and EU have not imposed curbs on such a wide range of items. Even former Niti Aayog head Arvind Panagariya, a reputed trade economist, admits that the government has regressed on trade policy reforms over the years. The imposition of export curbs reinforces that tendency.

The main reason the prime minister is imposing such wide-ranging export curbs is political ― the Bharatiya Janata Party has established inflation control as a key differentiator between the National Democratic Alliance under Modi and the United Progressive Alliance under Manmohan Singh. The BJP does not tire of saying that renowned economist Manmohan Singh could not tame inflation but Modinomics has worked wonders.

The prime minister now seems to be fast losing that edge.

It appears that the prime minister’s fear of a repeat of the 2011-2013 hyper inflation and its consequence suffered by the UPA seems to have, in fact, triggered such panic export curbs!

Low to moderate inflation was perhaps the only positive Modi could claim so far, and that differentiator is fading away. On most other counts ― GDP growth, employment, private investment, informal sector incomes ― Modi’s eight years have very little to show. This may explain why the Union government is so desperate to control inflation via export curbs. But it could be shooting itself in the foot.