The recent demonetisation has penalised virtually the entire informal sector, which accounts for about 45% of the GDP and nearly 80% of employment, while doing nothing to curb either corruption or tax evasion. 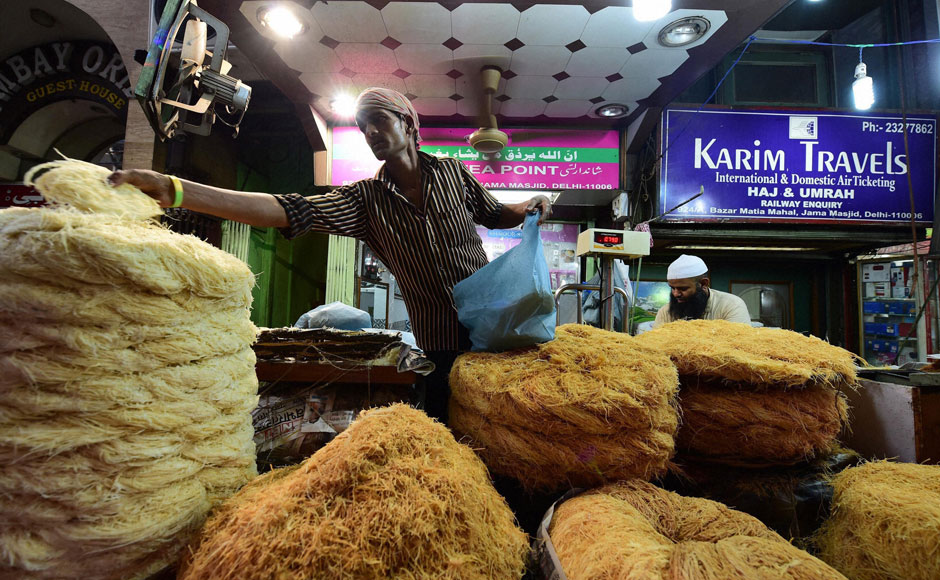 File picture of a seller of vermicelli in Hyderabad. Credit: PTI

At the stroke of the midnight hour on November 9, 2016, India lost 86% of its monetary base. The media – print, electronic and social – has been fulsome in its praise of Prime Minister Narendra Modi’s “master stroke”, by which he has reportedly destroyed the base of corruption in India. “Surgical strike”, “shock and awe”, “big bang reform” are only a few of the laudatory phrases that were used to describe the pre-emptive demonetisation of Rs 500 and Rs 1000 notes. There is no doubt whatsoever that Modi has pulled off a major political and publicity coup and has substantially enhanced his reputation as a muscular leader, but surely somebody needs to ask: at what price?

Let me begin with the supposed gains from this measure. At the heart of all the rejoicing is the assumption that all those who have accumulated substantial amounts of ill-gotten wealth keep their takings in the form of cash, and use this cash to amass even more ill-gotten wealth through the black or parallel economy in an ever-growing spiral. If this is indeed true, then the demonetisation will certainly have a huge positive impact on the state of the Indian economy by choking off the stock of liquidity which finances black activities. Unfortunately, this assumption is only partially, and not even substantially, true. While there are certain criminal activities (such as smuggling, drug peddling, gun running etc.) that follow this pattern, they collectively account for a minuscule fraction of what is commonly understood as the ‘black money’. The really big bucks come from two other activities – corruption and tax evasion.

In both these cases, the ‘black money’ is a recurring income, and the recipients use the funds as all of us do with our incomes – either consume it or invest it for future consumption. In either case, the cash does not stay with them for long and moves along an ever-widening ripple of transactions, most of which are perfectly legal. The illegality, if any, happens only to the extent that tax is evaded on the income from these secondary and tertiary transactions. For example, if a jeweller accepts cash in payment for gold or an ornament, he is committing no illegality (indeed, by law, it would be illegal for him to refuse to accept legal tender). If he conceals this income, however, then, and only then, it remains ‘black’ (this, by the way, is also true of real estate transactions).

Now let me come to the cost. Eventually, the bulk of the cash finds its way into the informal sector, where it provides a part of the essential liquidity for virtually all transactions within the informal sector and between the informal and formal sectors. Considering the fact that the informal sector in India accounts for about 45% of the gross domestic product (GDP) and nearly 80% of the employment, disruption of this liquidity can be very costly indeed, both in terms of growth and equity. To make matters worse, some of this cash is held by hundreds of millions of the poor as savings and for meeting contingencies, and they have little else to fall back upon.

To be sure, eventually most of these funds will be replaced, but during the interim, the human cost will be substantial. The magnitude of the cost obviously depends upon the speed at which the currency replacement happens, and also on the processes that are used for the replacement. At the moment, neither holds much cheer, especially in rural and semi-rural areas. The officially projected best-case scenario is three weeks, which is a lifetime for the poor and indigent. And what of the unfortunate who have no proof of identity?

There is, however, one component of the economy that may actually experience a permanent effect – the informal financial sector. This sector, comprising not only of the much-reviled moneylender but also the numerous other institutions such as nidhis, hundis, chit-funds and the like will have a very hard time exchanging its stock of currency (some of which may well be black money), and may indeed suffer a permanent erosion in its lending capacity. We might not shed any tears for them, but spare a thought for those whose livelihood depends on the capital provided by this sector because the formal financial sector will never touch them with a barge-pole. How large is this problem? I had made a rough estimation of this during the preparation of the 12th Five Year Plan and it came to nearly 40% of the formal bank lending – that is, 26% of the GDP – which is not a joke.

So what has this grand exercise actually achieved? First, it has certainly eliminated terrorist funding through counterfeit currency. Second, it has imposed a punitive cost on those who held their black assets as cash and completely missed those who had converted their cash into real assets and foreign holdings. Third, it has put a dampener on certain kinds of criminal activity. Fourth, it has penalised virtually the entire informal sector, and perhaps damaged it permanently. Fifth, it has done absolutely nothing to curb either corruption or tax evasion. And all this at the cost of Rs 12,000 crores in printing new notes and nobody knows how much in the logistics of exchanging the currency. Talk about cutting your nose to spite your face.

Pronab Sen is the Country Director for the India Central Programme of the International Growth Centre.

This article was originally published on Ideas for India.