There was a consensus, members said after the meeting, that there is a slowdown, and the Economic Advisory Council to the Prime Minister will work to find its causes. 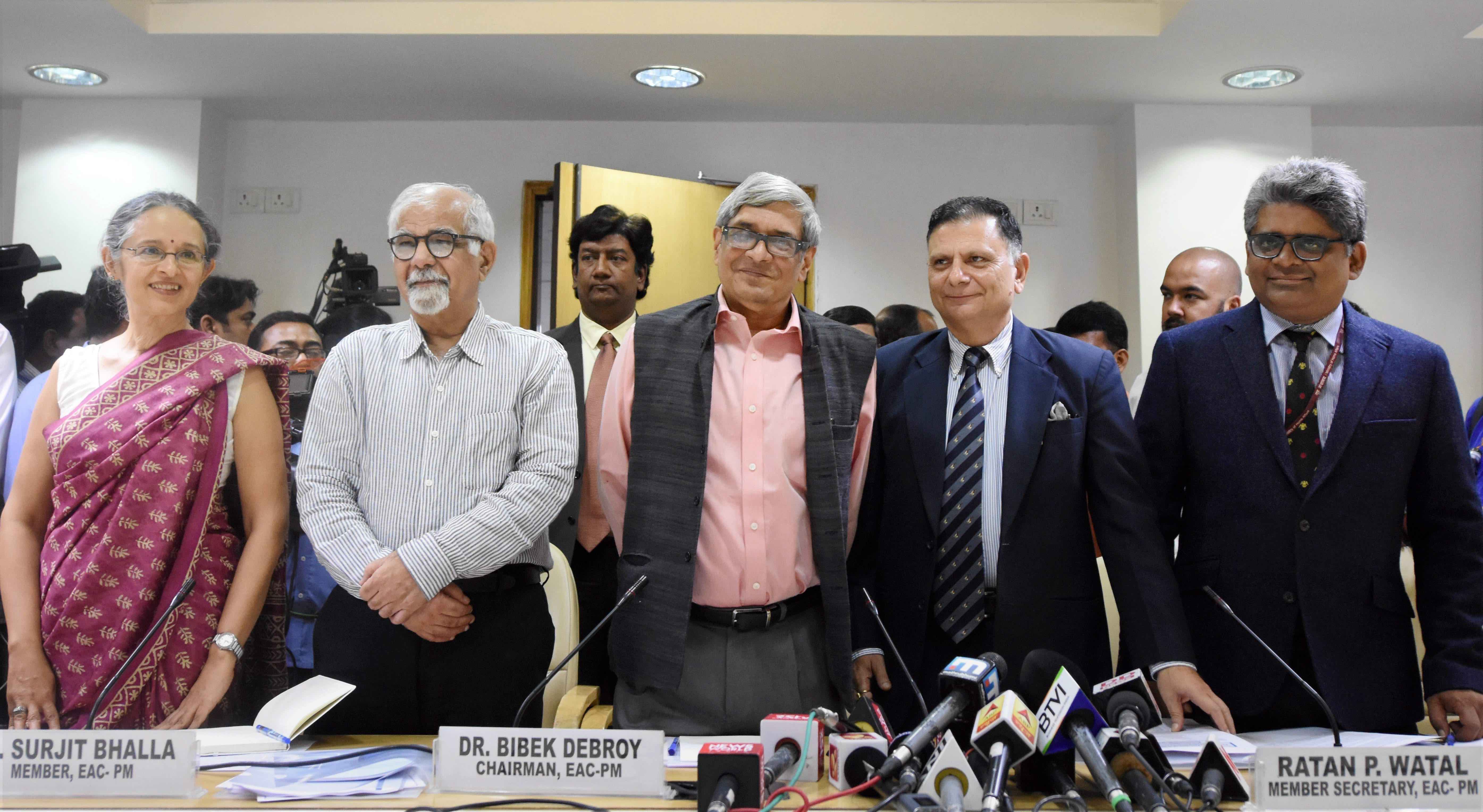 New Delhi: The newly-constituted Economic Advisory Council to the Prime Minister (EAC-PM) wants the government to stick to its fiscal consolidation road map and has suggested that stimulus to the industry should not be at the cost of fiscal prudence.

The council, which met for the first time on Wednesday (October 12), has identified ten themes that need attention. At their meeting, the council stressed the need to “accelerate economic growth and employment over the next six months”, Indian Express reported. The themes identified include economic growth, employment and job creation, informal sector and integration, fiscal framework, monetary policy, public expenditure, institutions of economic governance, agriculture and animal husbandry, patterns of consumption and production, and the social sector, the newspaper continued.

When asked whether any of these issues had been highlighted by the prime minister in his directions to the council, chairman Bibek Debroy reportedly said, “There are issues which the prime minister has already referred to us but we will not tell you what those issues are.”

Chief economic advisor Arvind Subramanian gave a presentation to the council on ways to accelerate economic growth, including investments and exports by using a combination of different policy levers.

“We will come out with implementable solutions for economic problems and present them to the prime minister,” Debroy told reporters after the meeting.

When asked whether the government can breach fiscal deficit to provide stimulus to the industry, Debroy said, “There is a consensus (among the members)… that the fiscal consolidation exercise should not be deviated.”

The industry is seeking fiscal stimulus to tide over the economic slowdown. The economic growth has slipped to a three-year low of 5.7% in the first quarter of the current fiscal.

The government pegged the fiscal deficit target at 3.2% for the current fiscal and% for the next financial year.

When asked about job losses after demonetisation and the implementation of GST, both of which have come under scrutiny, Debroy reportedly replied that the issues were not discussed at the meeting.

The council was set up with the approval of the prime minister on September 26, 2017. It comprises principal advisor to NITI Aayog Ratan P. Watal as member secretary and Surjit Bhalla, Rathin Roy and Ashima Goyal as part-time members, in addition to Debroy.

Roy said after the that “the consensus is there is economic slowdown, we will examine its causes”, Indian Express reported.

Debroy also said the council can consult the Reserve Bank of India on issues related to monetary policy and better transmission of policy rates.

According to an official statement, another key issue recognised was effective tracking of key economic parameters, through possible mechanisms for instituting an ‘economy track monitor’ using lead indicators and trigger for action, based on informed assessment and analysis.

“It was also agreed that specific issue paper will also be brought out by the members to address key concerns and linkages will be established with key national institutions,” it said.

The NDA government led by Narendra Modi had disbanded the former prime minister’s EAC in 2014, which was formed by Manmohan Singh in 2004 under the leader of former RBI governor C. Rangarajan.