Instead of waiting for all the data to come in and making an apples-with-apples comparison, are different numbers being thrown at the public in order to make a political point about the 'success' of demonetisation? 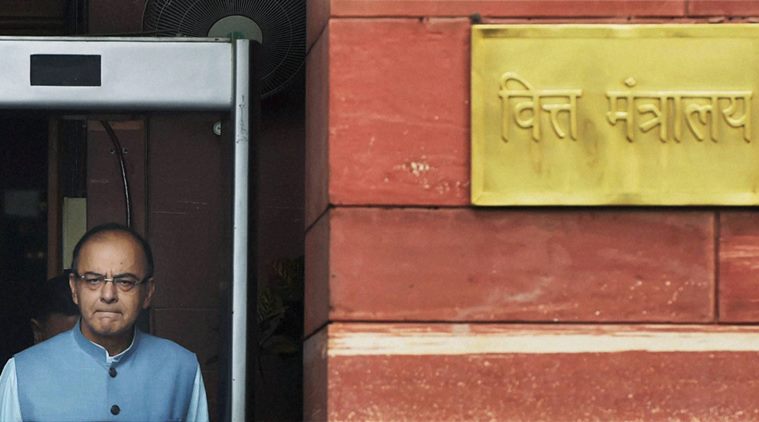 On August 18, the Ministry of Finance issued a clarification about the number of tax payers that had been added post-demonetisation, hoping to set at rest the confusion – and skepticism – that had resulted from four different numbers being quoted by the prime minister, the finance minister, the Economic Survey and the Central Board of Direct Taxes.

Of course, the  tax payer numbers claimed – of 56 lakhs, 5.4 lakhs, 91 lakhs and 33 lakhs – were quite confusing and perplexing. Friday’s press release said that these numbers denote nothing but “different period and different type of taxpayers”. The maze that the government has laid out is literally difficult for any fact-checker to navigate. Even then, let me try to decode this puzzle.

Now let us examine the prime minister’s speech to see exactly what he has said:

“The number of new taxpayers filing income tax returns from April 01 to August 05 is 56 lakhs while in the same period last year only 22 lakh filed the returns. In a way it has more than doubled. This is the result of our fight against black money.”

Nowhere in the above statement is the prime minister specifically comparing e-returns – as clarified by the Ministry of Finance. Instead, he is speaking about new tax payers without qualifying whether they are filing e-returns. Also the CBDT press release of August 7 mentioned in the August 18 press release also does not mention e-returns. 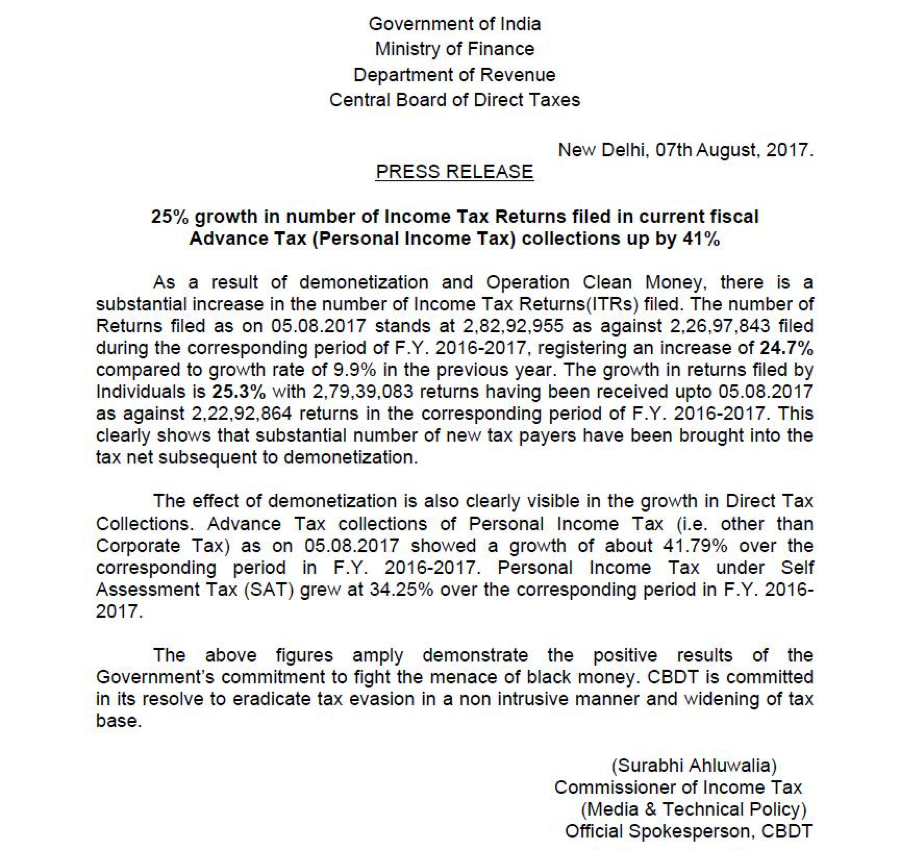 This is the same press release, which was carried by most newspapers with banner headlines claiming that demonetisation had led to a huge jump of 24% in income tax returns. In my last article on the subject, I dealt with this issue in detail. Since the government is now insisting that the numbers are a comparison of e-returns, let us compare the growth of e-filing for the last couple of years from the table provided in the Annual Report of the finance ministry (FY 2015-16, Page 228).

5.4 lakhs: The number quoted in the Economic Survey

This is the clarification given by Ministry of Finance about this number.

“The analysis given in Table-6 on page 22 of the Economic Survey (Vol.2) is based on the data for the period of 9th November to 31st March of 2016-17 and corresponding periods of last two financial years. Moreover, the growth in the number of taxpayers discussed in the Economic Survey is based on the number of new taxpayers assuming the previous year’s growth rate as the reference growth rate. On the other hand, the growth of Individual return-filers referred to in PM’s speech is with respect to new as well as old taxpayers. Thus, the data used in Economic Survey is different from data referred to in PM’s speech in respect of the period of filing as well as the type of taxpayers and the two are not comparable.”

This is one exercise done by Arvind Subramanian, chief economic advisor, which can be considered close to the truth as far as the real growth in the number of new tax payers is concerned. I have dealt with this in detail in my last article. My take is that if the Economic Survey has indeed compared the new tax payers added during FY 2016-17 (80.7 lakhs) with the number added during FY 2014-15 (76.04 lakh), then the above number of 5.4 lakhs will further shrink!

91 lakhs: The number quoted by the finance minister

The clarification by Ministry of Finance for this amazing number of 91 lakhs is as follows:

“The statement of the Finance Minister regarding addition of 91 lakh taxpayers to the tax-base referred to the total number of new returns filed during the entire financial year 2016-17 and therefore, it is neither comparable to the data in PM’s speech nor with the data in Economic Survey (different period and different type of taxpayers).”

First of all, most media reported in unison that the finance minister on May 17, 2017 had talked about the number of tax payers post demonetisation, not for the entire financial year as his ministry’s clarification seeks to suggest now. This is evident from the news headlines of that day – Times of India, Huffington Post, NDTV, Live Mint, New Indian Express, Deccan Chronicle, India Today and Zee News – none of which the government controverted.

Another question is that while the Economic Survey puts the total number of tax payers for the entire financial year 2016-17 as 80.7 lakhs (See Para 1.85, Page 22, Economic Survey, Vol.2) , the new clarification of 91 lakhs pertaining to the same financial year does not hold water. Both figures cannot be right.

33 lakhs: The number given in the Rajya Sabha

This growth too is not phenomenal when you compare growth rates for the same period in earlier years. For data comparisons to be meaningful, we should look at the whole financial year rather than at data for a part of the year.

At the end of the day, there is only one custodian for all income tax-related data and that is the CBDT. The board is the institution which has been providing these figures to the prime minister, the finance minister, the chief economic advisor, etc. Instead of waiting for all the data to come in and making a simple apples-with-apples comparison, why has it been throwing different numbers at the people? Is the idea to use data selectively in order to justify demonetisation? This is the question that the CBDT must answer.

James Wilson is working with Inter State Water Advisory Committee of the Government of Kerala. He tweets @jamewils.