While latest data signals nascent signs of recovery, it will be misleading to accept it at face value without accounting for the headwinds that lie in wait in the Indian macroeconomic scene. 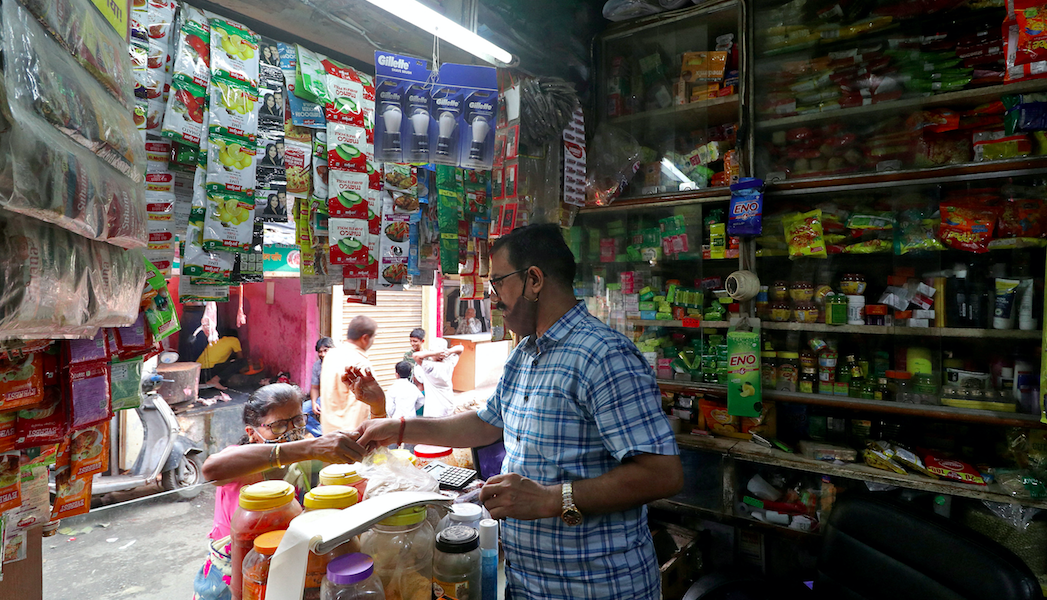 The Indian economy has been in a downward credit spiral for the last decade. While bank credit figures for the month of November 2021 signal nascent recovery on a year-on-year basis, non-food bank credit rose by 7.1% – this is, in no measure, a robust signal of the economic momentum coming back on track.

Over the years, and predating the pandemic, the credit growth rate has been on a steady slide indicating the abject failure of the Indian policymakers in kickstarting a virtuous growth cycle by amplifying credit traction in the economy.

Complicating India’s economic revival further will be the overhang of the impact of the Omicron variant. Going by the sharp infection rate of the variant, another round of lockdown – even if localised – will further retard consumption and push banks and businesses into a deeper risk-off zone.

Gross bank credit is bifurcated into two streams, namely, food credit and non-food credit. While food credit is credit given out by banks to the Food Corporation of India and other state government agencies so as to ensure deeper food distribution in India, non-food credit is disbursed to different sectors of the economy and is considered to be the parameter to account for in order to monitor bank lending to the economy.

From the highs of FY’08, when the non-food credit growth rate was at an impressive 22.9%, the metric tumbled to 14% in FY’13 and since then has nosedived to a dismal 5.5% in March 2021. The November non-food bank credit growth rate, even when it clocks in at 7.1%, is still a far cry from the boom period credit offtake.

Even as scheduled commercial banks have been backing away from aggressive lending, the space they are vacating is increasingly being occupied by NBFCs and HFCs. The “flow of resources to the commercial sector”, an indicator that captures funding to the economy from a number of streams, perfectly captures the reluctance of the Indian banking industry in stepping up their lending capacity between FY’11 and FY’21. Between FY’11 and FY’21, adjusted non-food bank credit growth decelerated by 2.15% on a CAGR basis.

The adjusted bank credit parameter also includes investments made by banks in bonds, shares, commercial papers and debentures, apart from non-food bank credit. On the other hand, flow from domestic sources which includes funding from NBFCs and HFCs grew by a CAGR of 8.27%. Sourcing of funds from foreign sources which includes external borrowing grew in the same period at a CAGR of 3.81%.

The RBI deputy governor Michael Patra while delivering a speech in November acknowledged as much:

“Before the onset of COVID-19, the GNPA ratio banks in India stood at 8.3 per cent at end-March 2020. It fell further to 7.5 per cent by the end of March 2021, showing that banks used the pandemic period to improve recoveries and write off intractable loans while making higher provisions in their balance sheets. With banks in a risk averse mode, non-banking sources (both domestic and foreign) are contributing as much or even more in recent years to the flow of resources to India’s commercial sector.”

Why has the credit growth been tanking?

A combination of factors have contributed to the dramatic fall of bank credit in India, the predominant reason being the strong spike of NPAs weighing down the balance sheets of banks. By 2012, banks started looking at their loan disbursals conservatively, and this trend took root further in light of the Asset Quality Review exercise kickstarted by the RBI in the August-November period in FY’16.

SCBs’ mounting risk-aversion over the years has also spelt a decline in the total share of industrial credit exposure for the banking industry. Since 2013-14, the share of bank credit deployment to the industrial sector has gone down from 45% to 30% by September 2021.

The deficit in bank lending to the business segment was picked up by NBFCs and the bond markets. The fall in interest rates helped NBFCs and bond-issuers get access to ample liquidity. The good times, however, were punctuated by the ILF&S default which raised larger apprehensions on the health and modalities of the NBFC lending dynamic. Making matters worst is the fact that the bond market in India is far from full maturation. A fallout of this arrested growth is that only the most highly-rated companies are able to tap this market and meet their capital needs. Investor appetite for bonds that are below the A rating seems to be quite weak leaving a host of companies in a fix when it comes to raising funds for working capital and business expansion.

“When the finance companies are excluded, the sample of 691 companies shows a sharper fall in outstanding debt. In the last 5 years ending FY’21, growth in total outstanding debt was a CAGR of 9.2% for the larger sample which comes down to 5% for the sample excluding finance companies. Overall, the debt for the 691 companies increased from Rs 9.47 lakh crore in FY’17 to Rs 11.50 lakh crore in FY’21. However, in this period it had declined in FY’18 to Rs 9.37 lakh crore and once again in FY’21 from Rs 12.81 lakh crore in FY’20. In FY’19 debt was Rs 10.41 lakh crore. Clearly, the tendency to deleverage is not just a pandemic situation but a policy that has been followed post the AQR process when banks came under pressure due to the ballooning of the NPAs.” said the report.

Things are going to become a whole lot worse for the Indian banking industry before they get any better.

A combined reading of RBI’s two reports – the Financial Stability Report and the report on the trend and progress of banking in India – superficially paints a picture of recovery for the banking industry. While the data does warrant nascent signs of recovery, it will be misleading to accept it at face value, without accounting for the headwinds that lie in wait in the Indian macroeconomic scene.

Bank credit growth in 2021 remained tepid indicating that the overhang of the lockdowns and the fear of another wave continues to deter business activity across the country. Consider, for instance, that gross bank credit for public sector banks registered a dismal rise of 3.09%. Private banks performed much better compared to PSBs clocking in a credit growth of 8.6% but counter-balancing this growth was the performance of foreign banks where the credit disbursal decelerated from Rs 4.28 lakh crore in 2020 to Rs 4.23 lakh crores in 2021.

Also read: The Good, The Bad and The Ugly Within India’s Public Sector Companies

Gross NPAs for all Scheduled Commercial Banks scaled down to 7.3% compared to 8.2% in the previous year. Provisional supervisory data indicates that the ratio is likely to cool down to 6.9% by the end-September 2021. The same trend of decline was observed in terms of net NPAs which in the year 2021 clocked in at 2.4% compared to 2.8% a year earlier.

However, stress tests carried out by the RBI paint a grim picture. Given the dangerous spread of the Omicron variant, their findings become all the relevant and ominously foreboding. The stress tests that assess the resilience of the scheduled commercial banks’ balance sheets to the shocks emerging from the macroeconomic environment state that GNPA ratio of all SCBs may increase to 8.1% by September 2022 under a drawn-up baseline scenario and further to 9.5% under a severe stress scenario. Within the bank groups, PSBs’ GNPA ratio of 8.8% in September 2021 may deteriorate to 10.5% by September 2022 under the baseline scenario; for private banks, the share of bad loans may rise from 4.6% to 5.2% and for foreign banks, it is estimated to increase from 3.2% to 3.9% over the same period.