The allocation of small cash transfers, depending on the level of deprivation and vulnerability of different groups and households, delivered in a phased and graded manner will be fiscally prudent and effective.

Way back in March 2009, I was asked by the Planning Commission (while heading its Development Policy Division) to prepare a paper for a Minimum Income Guarantee (MIG), but only for the poor (quite unlike the UBI). However, then the three pre-requisites for an unconditional MIG to the poor were not in place: appropriate identification of the poor, bank accounts with every poor household, beneficiaries who could be biometrically identifiable and cross-checked. Today, all of these are in place.

There are many who are unconvinced about a MIG-type ‘dole’ for the poor. One reason for this is the fiscal cost. Clearly, a MIG should not constrain expenditure on public health, education or infrastructure investment. Given how little India currently spends on all three public goods, the fiscal burden of a MIG even for the poor needs justification. Why has a MIG become an essential element of India’s social safety net at this time?

According to All India Debt and Investment Survey, more than 70% of the rural population has one or more standing loans. Nearly 74% of the farmer households were in debt in 2013 (up from 50% in 1993), as opposed to 64% of the non-farmer households (up from 43%). The incidence of indebtedness by asset class indicates that 19.6% of the bottom decile (by assets) of rural households and 22% of next higher decile are indebted; as are 9.3% and 14.6% of the lowest two deciles in urban households. 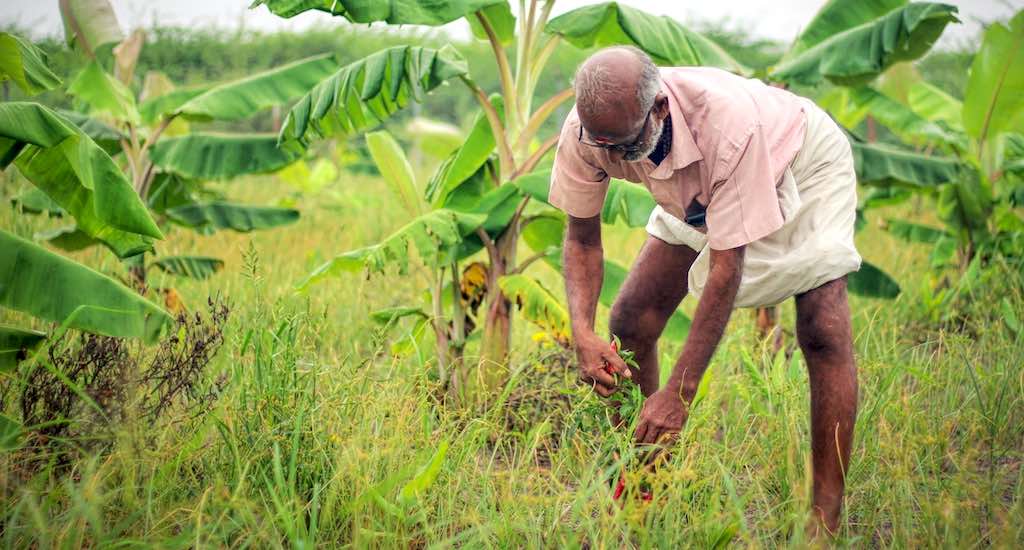 A food forest in the development phase, where farmer Thangavelu has been able to harvest a better yield from ground crops. Credit: Balasubramaniam N.

‘Non-business’ (i.e consumption purposes) accounted for 85% of debt in rural and 90% of debt in urban areas for the lowest two deciles. These debts heavily constrain their expenditure on non-essentials, especially manufacturers, which reduces effective demand for manufactures – leading to low investment in manufacturing.

The strong case for a MIG derives from the fact that the poor (marginal farmers, landless labour and slum dwellers in urban areas) rarely accumulate assets and if they do, they are lost to droughts, floods, displacement by projects, catastrophic health expenses, etc. They need cash debts to meet their consumption as well as contingency needs; they rarely borrow for productive purposes.

So the unstable income (of casual workers and self-employed) goes to routine consumption and servicing their debt, rather than building assets. Non-routine consumption can push them further into debt. Hence, they are often caught in a vicious cycle of debt repayment and find it impossible to rise above the poverty line.

Also Read: NYAY for Whom? Placing Cash Transfers in a Broader Developmental Context

The absolute number of the poor was 268 million in 2011-12 (by the Tendulkar poverty line), a sharp fall since 2004-5 (when the poor were 406 mn). That sharp fall was driven by: 7.5 million new non-agri jobs being added annually over that period; a tightening of the labour market that followed; and rising real wages. However, non-agri job growth fell sharply after 2012, as did wage growth. Hence, the numbers of poor are still likely to be 200 million or about five crore households.

For poor households, a MIG offers a possibility for them to rise above the poverty line, and hence their consumption of non-essentials. However, a MIG must not be so generous so as to dissuade adults from offering their labour. The NYAY offer of Rs 6000 per household per month could lead to a fall in demand for MGNREGA, and even open market wage work, whether in rural or urban India. That will cause wage rates to rise without any reference to productivity, which will further reduce employment.

Second, it could stem the migration away from agriculture to non-farm work – quite the opposite of what characterises a structural transformation in a developing country. These broader ‘general equilibrium’ and medium-run effects could risk growth, even though in the short-run it may well increase demand for manufactures among the poor. International evidence clearly shows that MIG does not stem the labour supply, unless it is very generous.

Thus, while a MIG is necessary and doable, even international economists suggest a much smaller transfer. Therefore, when we proposed a cash transfer ten years ago in the Planning Commission, it was relatively small (Rs 6000 per annum) – and no greater than what is on offer to owner-cultivator small/marginal farmers under PM Kisan. The difference is that the latter is exclusionary: it excludes access to this cash transfer to tenant cultivators, landless labour, non-farm labour in rural areas and the urban poor. 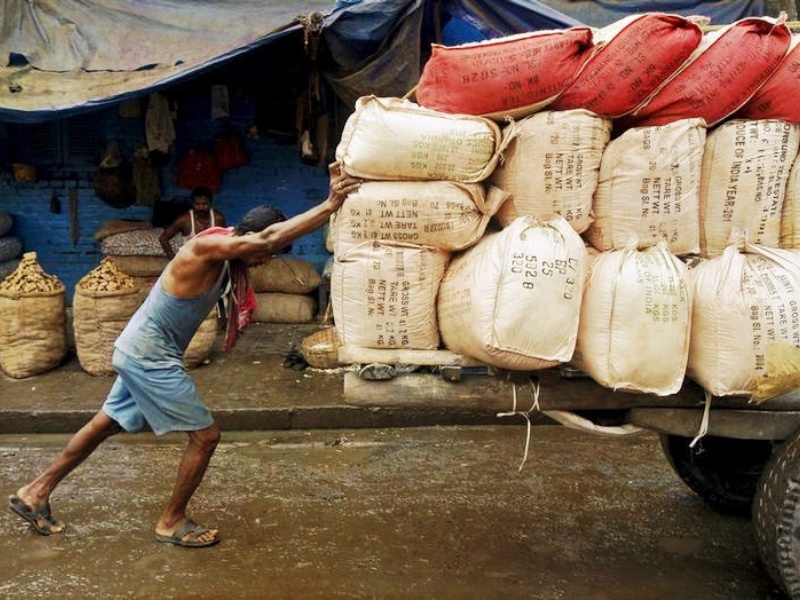 Any attempt to identify beneficiaries of a MIG based on incomes is a highly risky exercise in an economy where the share of informal work is extremely high. Estimating the number or incidence of poor (i.e the 20% poorest) is done based on the NSSO’s five-yearly consumption expenditure sample survey. But that survey can’t be used to identify the poor for a MIG. Identification must be performed through a Census of households.

Thankfully, since 2013 India has had a reasonably robust Socio Economic and Caste Census (SECC) to identify households with one or more of seven deprivations. Each deprivation is based on observable characteristics of households which are directly verifiable. Hence it is a very different indicator than ‘income’ (planned to be used by NYAY).

The SECC (which took two years to complete in 2013) provides data for all 24.49 crore households in the country on these deprivations. Of these, rural households are 17.97 crore and 6.51 crore are urban households. Of rural households, 7.07 crore households fall under the automatically excluded category (of better off households on any of 14 parameters e.g. owning a motorised wheeler or fishing boat, or more than 2.5 acres of irrigated land).

Also Read: The Time for a Minimum Income Guarantee in India Has Come

After this exclusion, the first category of households considered for income transfer benefit should be those automatically included in SECC, which consists of the poor and destitute (15.9 lakh households, row 1, Table 1). These fulfil any of the five parameters for inclusion (households that are without shelter or are destitute, living on alms, manual scavenger families, primitive tribal groups, legally released bonded labour).

One may also consider 3.36 crore households with only one deprivation (row 3). To further preclude omitting the deserving, we could include households not automatically excluded but not reporting any deprivation. There are 2.01 crore such households (row 4).

We could consider cash transfers in no case higher than Rs 8000 per annum, not per month. Table 1 provides four different scenarios for cash transfer based on observable and verifiable characteristics of households. Using SECC data, I suggest 4 possible scenarios for income transfer, in no case costing more than 0.35% of GDP (or Rs 68150 cr per annum), much less than even the PM Kisan scheme. These may be implemented in stages depending on fiscal concerns. There are 17.97cr rural households, of which 7.07cr households have been excluded.

Also Read: How Beneficiaries for the NYAY Scheme Can Be Identified

The four scenarios proposed include different groups, with increasing levels of deprivation and vulnerability. Amounts transferred would vary by degree of deprivation.

In Scenario A, the 0.16 crore automatically included households must receive a MIG – they are the most destitute. They should be given a higher amount (Rs 7000 per annum). Then consider the 5.73 crore rural households with multiple deprivations (again based on the 7 criteria for deprivation discussed earlier). They could be given Rs 6000 per annum. The total cost of Scenario A amounts to Rs 33280cr per annum or only 0.17% of GDP (i.e half the spending on MGNREGA).

In Scenario B, in addition to the beneficiaries in Scenario A, we propose to include urban slum households, which comprise of 1.31 crore households, for an annual transfer of Rs 6000. The annual spending then becomes Rs 41140 crore per annum.

Also Read: The Promise of UBI, Minimum Income Guarantee Is a Paradigm Shift in Economic Policy

In addition, the 2.01 crore rural households, which are somewhat vulnerable and do not possess the assets or land to be considered for targeted cash transfers, may also be given a minimum amount of Rs 5000 per annum similar to those with just 1 deprivation. The total expenditure, in this case, rises to Rs 68150 crore per annum, but still amounts to only 0.35% of GDP.

This is the most generous scenario, which covers 60% of all rural households, and also 20% of all urban households. This could be a near-universal MIG scheme, but without the flaws of a highly targeted MIG, which risks running into exclusion errors. A large theoretical and empirical literature has shown that narrow targeting runs the risk of exclusion (as used to happen in the targeted Public Distribution System existing between 1997 and 2013). 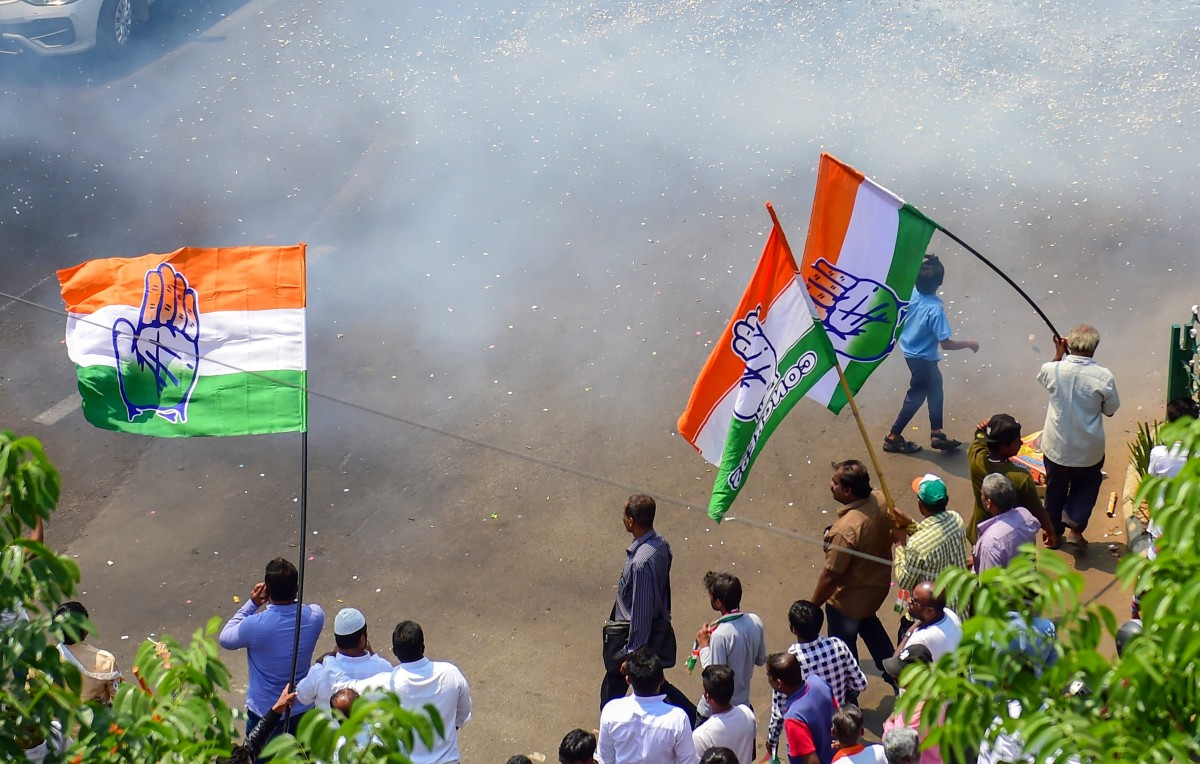 The Congress party has announced a minimum income guarantee as part of its 2019 election manifesto. Credit: PTI

The reason for proposing different scenarios is simple. The population’s vulnerable segment is graded into segments and a correspondingly graded cash transfer is proposed to different vulnerable groups based on their degree of vulnerability. In each additional scenario, I add a lesser vulnerable group for targeting so as to minimise any kind of exclusion errors.

Each additional scenario implies a higher cost per annum which is why we should begin with Scenario A and gradually move towards Scenario D. From Scenario A to Scenario D, the spending almost doubles, as does the share of the GDP.

The recently announced PM-KISAN scheme with an outlay of Rs 72000 crore covers only farmers, and is much more expensive as well as exclusive. It does not consider tenant farmers and landless labourers, leaving out the most vulnerable sections of the rural landless and tenant farmer households, which exceed the landed households.

Also read: As BJP, Congress Race to Promise the Earth to the Poor, Who Will Foot the Bill?

Such an amount would not cause a leftward shift of the labour supply curve, but would nonetheless, reduce their vulnerability. The allocation could be increased gradually depending upon: the tax to GDP ratio rising; fiscal capacity of the government; reform and rationalisation of kerosene and fertiliser subsidies; and prevention of leakages that still continue within the food subsidy.

Based on the financial resources, this scheme can perhaps be turned into a more universal differential income guarantee scheme in an effective and efficient manner based on the following principles: income guarantee ought to be targeted and based on equi-proportionate to deprivation, covered in a phased and graded manner, supported by a host of socio-economic welfare schemes aimed at eliminating multiple deprivations like poverty and vulnerability and maintaining fiscal discipline and financial sustainability at the same time.

Santosh Mehrotra is a professor of economics, Centre for Labour, Jawaharlal Nehru University.