In an interview to The Wire, the former chief statistician also said the economy will shrink 11-12% this year but the Budget was the right one.

However, Pronab Sen adds that the budget announced on February 1 was the right budget for the country and he is happy with it. The problem is it doesn’t go far enough.

Pronab Sen said his real fear is that next year the economy could face an investment led crisis. “Investment is not happening because there is huge surplus capacity. If such a crisis does occur it would see growth fall off a precipice. This is not a problem that the government has addressed or even shown awareness of,” Sen said.

In aninterview to Karan Thapar for The Wire, Pronab Sen, who is also the Country Director of the International Growth Centre, spoke in depth both about the major announcements made by Nirmala Sitharaman in the budget as well as those that she deliberately chose to avoid. His interview is therefore a comprehensive tour d’ horizon of the budget that looks beyond the impression created by the budget speech to the reality of the budget details, which, on critical points, are often very different to and, even, contradict the rhetoric of the budget speech.

Sen told The Wire that the finance minister’s claim to have increased government expenditure by 28.4% in this financial year (ending March 31) is largely a supply side response and will have limited impact on boosting demand. A lot of the spending is to clear borrowings by the Food Corporation of India or fertiliser dues. Therefore, this does not match up to the finance minister’s claim “we have spent, we have spent, we have spent”.

However, Sen gave the finance minister credit for her fiscal honesty in declaring the fiscal deficit at 9.5%. Even though the budget still contains an off-budget element of 0.64% of GDP, he said this is a lot less than the 3% levels of off-budget items in earlier budgets. This is fiscal honesty, he said.

However, Sen said the opposite was true of the government’s claim to have increased expenditure on health by 137% to 2.23 lakh crore. This claim, made by the budget speech, is contradicted by the actual budget details which show that 58.7% of the 2.23 lakh crore is for drinking water, sanitation and vaccines and much of that will be spent by ministries other than the health ministry. He also pointed out the actual outlay on health has fallen by almost 10% if you compare RE to BE.

Pronab Sen pointed out that even the central government’s own outlay on health is not as large as the figures given in the budget at a glance suggest. This document suggests it is 0.33% of GDP compared to 0.31% last year. However, if you take into account that this year the size of the economy has shrunk then, in comparable terms to last year, the percentage will be considerably lower and not fractionally higher, Sen said.

Sen made a very similar point about the finance minister’s claim that CAPEX has increased by 34.5%. First, he said, if you compare BE to BE, it’s only increased by 26%. More importantly, he said, we don’t know whether this is payment that is owed to contractors for earlier commissioned projects, some of which are stuck, or for new projects. If it’s the former then it’s likely to have a supply-side effect rather than a demand-side effect. 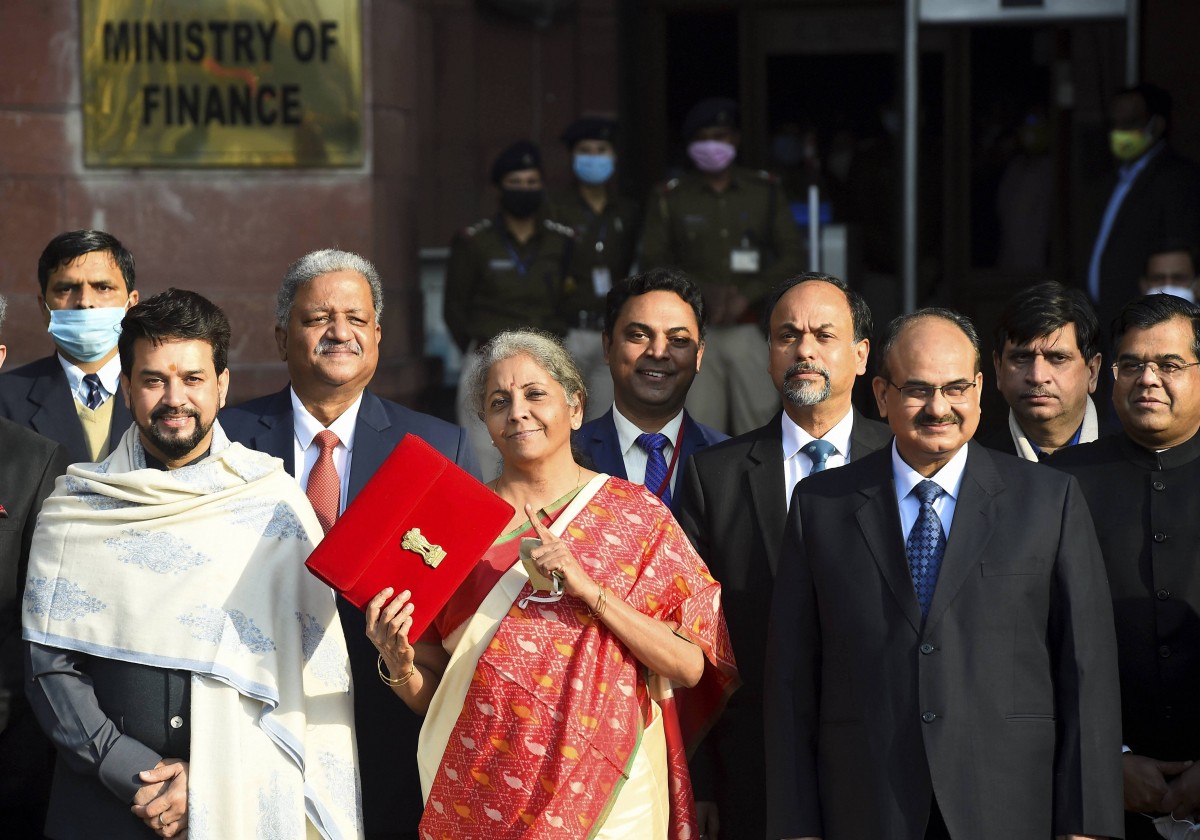 Speaking to The Wire about the government’s proposal to create an Asset Reconstruction Company to handle NPAs, Sen said he did not approve of this idea. He said it could force public sector banks to take huge haircuts of up to 40% or more. And that, in turn, would affect their reserve position very adversely. If that happens it would inevitably force the government to take substantial steps to recapitalize banks.

Sen also questioned whether bank directors would be willing to agree to such haircuts – which amount to losses – without credible legislative protection against inquiries or prosecution by agencies like CBI or ED.

Sen made a similar point about the budget proposal to privatise public sector banks and an insurance company and sell assets like surplus land, airports, road and highways, oil and gas pipelines. He said civil servants would be very reluctant to sign-off on asset sales unless they too are guaranteed protection against adverse inquiries by investigating agencies.

More importantly, Sen said strategic privatisation of public sector banks and insurance companies means they are likely to be bought by corporates and that could lead to the political charge of crony capitalism. He said the government will only go ahead with this proposal if the prime minister is prepared to face up to such political attacks by his opponents and not get deterred by accusations of ‘Suit-boot ki Sarkar’.

Turning to announcements the finance minister did not make in the budget, Pronab Sen told The Wire that there was still a need for direct income transfers to rural and urban poor – although not as great as it was a few months ago during the lockdown – which the finance minister has ignored. Consequently, he said, the finance minister has not done much to help MSMEs, which account for 30% of GDP and 45% of manufacturing, or the unorganised sector, which provides 90% of employment. It is only through income support that the government can help these sectors. Now, many of these enterprises could collapse and the government needs a plan to help those that remain viable. So far, he said, he is not aware of such a plan.

Speaking to The Wire about sectors of the economy that bore the brunt of the lockdown like hotels, hospitality, airlines, restaurants, tourism and much of the service industry, Sen said that whilst there was really nothing in the budget to help them, their future depends either on the rapid progress of vaccination or a change in the attitude of people, whereby fear and apprehension are replaced by a new determination to go out and lead a normal life.

A student climbs a scaffolding at an outdoor classroom at the Larsen & Toubro (L&T) construction skills training institute in Panvel, in the western Indian state of Maharashtra November 18, 2014. Photo: Reuters/Danish Siddiqui

Finally, Sen said there was very little in the budget that will directly help the unemployed by creating a large number of jobs. He said the budget’s stress on infrastructure would require a lead time of 7 or 8 months, if it envisages new projects. If, instead, it’s designed to expedite old or stalled projects or clear up government debts to contractors there’s likely to be no impact on employment.

The same, he said, is true of the impact of the budget’s stress on textiles on employment. The mega parks envisaged could take several years to create and if, as the budget speech said, the emphasis is on “plug and play” the new enterprises will be technology rather than labour-driven.

Watch | ‘Worst Is Behind Us, but Economy Is Not in Comfortable Position’: Montek Singh Ahluwalia

Pronab Sen ended The Wire interview by stating that his real fear is that next financial year India could see an investment led crisis. Utilization of capacity is well below 70-75% levels and there is no incentive for investors to invest. So, after present investment that is in the pipeline is completed, we could reach a point where there is no further investment forthcoming. At that point, he said, GDP growth could fall off a precipice. This, he said, is the fear looming on the horizon.