Kim's first term was marred by a divisive organisational reshuffling, but he was also credited for his insight into the issues plaguing the developing world, and his agenda.

Jim Yong Kim is set to begin his second five-year term as World Bank president on July 1, having been unanimously reappointed by the US and with clear support from Brazil, China, and France in September 2016.

Nearing the end of his first five-year term (and bypassing questions of the continued opaqueness of the selection process), there are five significant items that have shaped the World Bank since Kim became its president in July 2012.

These are the “solutions bank” approach, a revised mission, an institutional reorganisation, new lending instruments, and leadership challenges.

As the world’s leading development institution, providing financial and technical assistance to developing countries, drafting libraries worth of research, and leading global initiatives, what the World Bank does, how it changes, and what it represents are issues of considerable importance.

On October 11 2012, four months into his first term, Kim addressed his board of governors at the annual meetings of the IMF and World Bank in Tokyo. He called for the World Bank to become a “solutions bank”.

A throwback to the reforms pursued by former presidents James Wolfensohn (1995-2005) and Robert Zoellick (2007-2012), who respectively introduced the “knowledge bank” approach and Open Data initiative , Kim held that the institution had to “seek answers beyond [its] walls”; be honest about its “successes and … failures”; and apply “evidence-based, non-ideological solutions to development challenges”.

He said, “It is time for us to write the next chapter in our evolution: it is time for us to become a ‘solutions’ bank. We must listen, learn, and partner with countries and beneficiaries to build bottom-up solutions. This is how we will increase our relevance and our value in today’s and tomorrow’s global economy.”

Contending that the World Bank had to become more flexible, collaborative, and inclusive, Kim concluded that its “new strategic identity” as the “solutions bank” was necessary for revitalising the institution’s relevance and legitimacy.

Supporting the “solutions bank” approach, Kim revised the World Bank’s mission in October 2012 to pursue the two new goals of reducing extreme poverty globally to 3% by 2030 and promoting income growth among the bottom 40% of the world’s population. 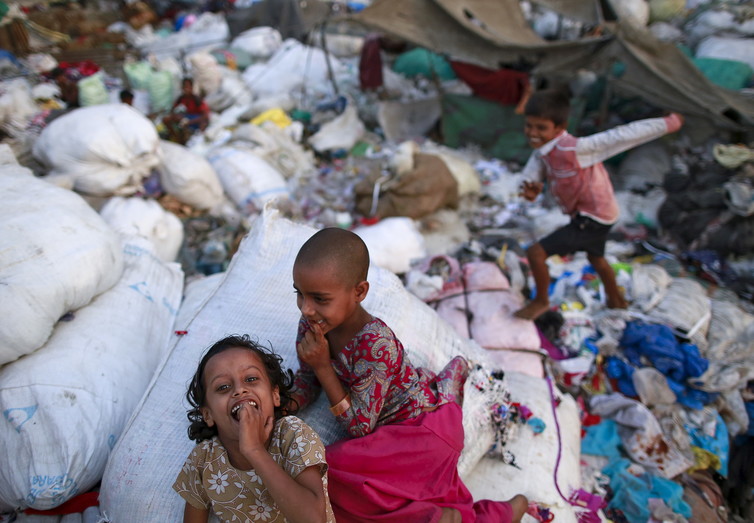 While the pursuit of poverty alleviation is not new to the World Bank, with the presidencies of Robert McNamara (1968-1981) and Wolfensohn making poverty their core mission, what has not been seen in the institution since the 1970s is a dedication to promoting “shared prosperity”. This is a rhetorical rejection of trickle-down economics, which holds that gains for the wealthy will inevitably lead to gains for the poor.

This revised mission was reiterated in October 2016, when Kim stated that the future of the World Bank would be directed towards accelerating inclusive and sustainable economic growth and investing more in human capital.

A process of organisational reform was launched in October 2013, the first in nearly two decades. Lasting throughout 2014, it was intended to align the World Bank with the “solutions bank” approach and its revised mission by making it quicker on the ground, breaking down internal silos, and doubling its annual lending portfolio.

Three major changes took place. First, the bank ended the partition of its operations into six regional departments, replacing that structure on July 1 2014 with 14 “global practices”. The previous organisational structure had led Kim to conclude that the institution was “less than the sum of our parts”.

Second, it made several administrative changes, including cutting costs (by US $400 million between 2014 and 2016; an 8% cut), increasing efficiency (by dismissing hundreds of staff), and aligning budgetary expenditure with the goals of poverty alleviation and shared prosperity.

Finally, the bank created a presidential delivery unit. Its objective is to increase feedback facilities and improve the accountability of lending operations; the “solutions bank” approach writ large.

In July 2014, Country Partnership Frameworks (CPFs) were introduced to replace Country Assistance Strategies (CASs). CPFs and CASs are survey reports prepared by the World Bank in collaboration with governments that receive its funds, which review the country’s development standing and propose a several-year lending schedule. 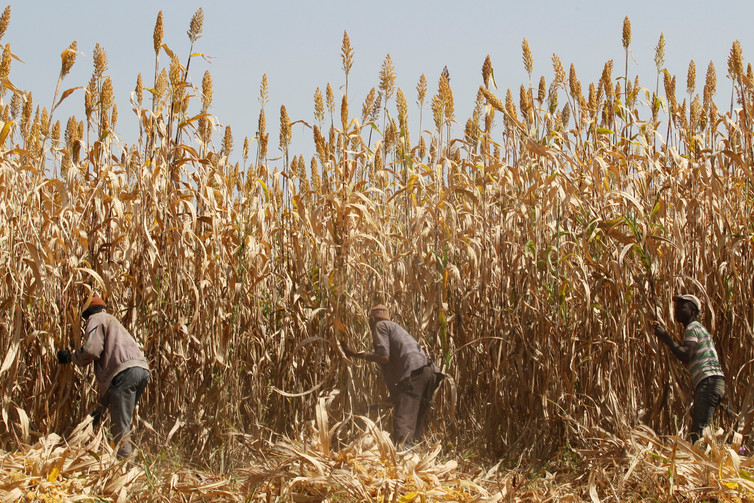 Men work on a farm in a village on the outskirt of Zaria in Nigeria’s northern state of Kaduna November 15, 2016. Credit: Reuters/Akintunde Akinleye

The significance of the introduction of CPFs is that they operationalised the “solutions bank” approach and revised the mission within lending operations by aligning them explicitly with loan objectives and results matrices.

Kim’s leadership has endured consistent criticism. Coming to the institution without experience in government management, macroeconomics, or finance, he was held up as an outsider. A physician and anthropologist, he arrived with a qualification his 11 forerunners did not – experience in the development field (previous presidents were either senior officials in US presidential administrations or Wall Street bankers).

The 2013-2014 reorganisation severely hobbled Kim’s reputation. It affected 6,000 personnel and replaced or reassigned the majority of the institution’s senior executives, lowering morale and stalling work.

With condemnation coming from current and former staffers (it was called a “crisis of leadership by the World Bank’s staff association in August 2016), an environment of bitter resentment has undermined Kim’s presidency. While he has pushed through reforms, it has all been done to the detriment of his leadership.

It’s important to note, however, that these criticisms are not the first faced by a World Bank president, particularly given that staffers regard themselves as an elite fraternity that remains as presidents come and go. Every previous reorganisation since 1972 has received discontent from staff.

On July 1 2017, Kim will begin his second five-year term. He has received severe criticism for mismanagement and his interaction with staff, but has also received considerable praise for the new direction taken by the world’s leading development institution.

Whether one outweighs the other is entirely up to the reader, but either way the World Bank meets 2017 with a new face. And that face is – for better or worse – worn by president Jim Yong Kim.