At a time, when far too much hope is riding on Powell, perhaps it is only pertinent to take a look back at another Federal Reserve Chair who took the inflation Goliath head-on and managed to vanquish it.

“The first and most important lesson that history teaches about what monetary policy can do – and it is a lesson of the most profound importance – is that monetary policy can prevent money itself from being a major source of economic disturbance. This sounds like a negative proposition: avoid major mistakes. In part it is.

“The Great Contraction (the 1929 Depression) might not have occurred at all, and if it had, it would have been far less severe, if the monetary authority had avoided mistakes, or if the monetary arrangements had been those of an earlier time when there was no central authority with the power to make the kinds of mistakes that the Federal Reserve System made.

“The past few years, to come closer to home would have been steadier and more productive of economic wellbeing if the Federal Reserve had avoided drastic and erratic changes of direction, first expanding the money supply at an unduly rapid pace, then, in early 1966, stepping on the brake too hard, then, at the end of 1966, reversing itself and resuming expansion until at least November 1967, at a more rapid pace than can long be maintained without appreciable inflation.”

The above is an excerpt from an essay penned by none other than the Nobel prize-winning economist Milton Friedman published in the American Economic Review of March 1968. This excerpt was just as relevant then as it is now.

Since the beginning of the pandemic, the US Federal Reserve has been divining money out of thin air and using this money to buy bonds from banks and other stakeholders in order to ensure the flow of credit in the economy. This strategy, called quantitative easing, was first employed by the Fed during the Great Recession and was reemployed when COVID-19 first made itself apparent on the global scene.

In March 2020, the Fed kickstarted its asset purchases by declaring that it would buy $500 billion in treasury bonds and $200 billion in mortgage-backed securities. After three months of kickstarting the QE initiative, it said that it will purchase $80 billion in treasuries and $40 billion in mortgage-backed securities (MBS) every month. By December 2020, the Fed was steadfast in its commitment to pump in more money in the economy as long as the US economy had not achieved the goal of maximum employment generation and price stability.

Additionally, in its March 2020 meetings, the Fed cut back its target for Federal Funds Rate, essentially the rate at which banks borrow from each other on an overnight basis, to 0% to 0.25% from the earlier target of 1 to 1.25%. This was an emergency move by the Fed aimed at resuscitating demand and keeping the liquidity running in the system during the pandemic. 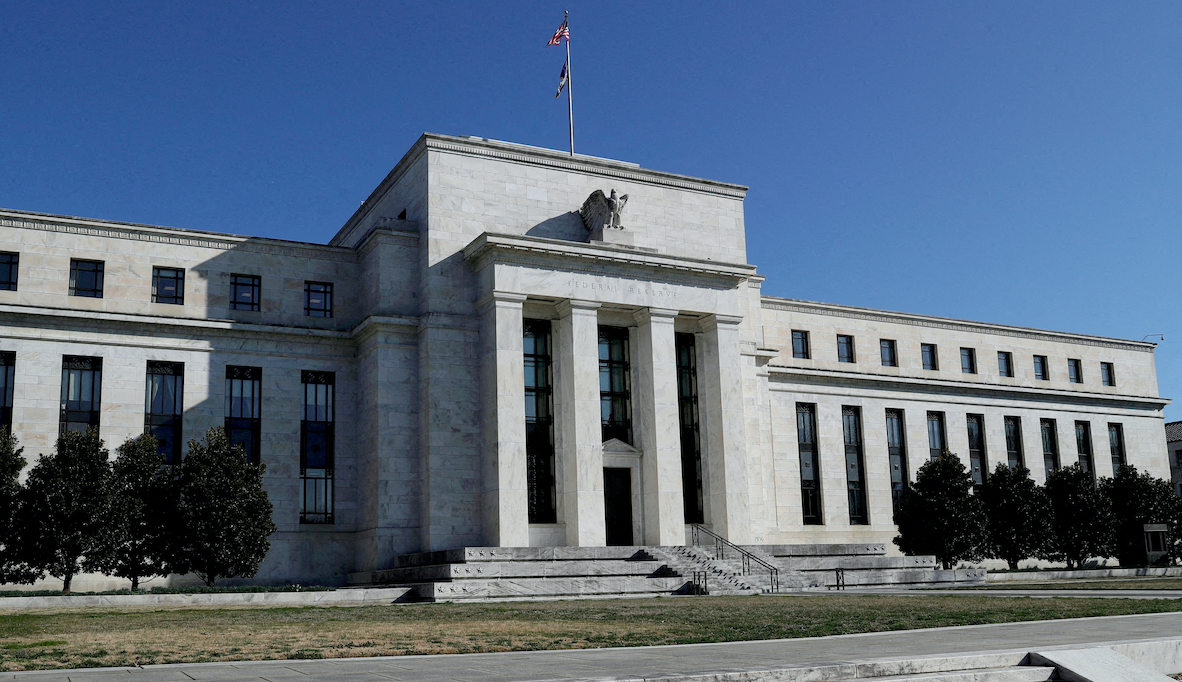 Besides this, the US Fed also provided low-interest loans up to 90 days to 24 banks and financial institutions that fall under the label of primary dealers. These primary dealers furnished the Fed with collaterals which among other items also included corporate and municipal bonds.

The Fed also stepped in to save corporate America by opening up the Primary Market Corporate Credit Facility which permitted the central bank to dole out loans directly to companies by buying out new bond issues. Under the Secondary Market Corporate Credit Facility, the Fed could jump in the bond trading ring and purchase investment-grade corporate bonds trading in the markets.

One way or the other, the Fed found ways of pumping funds in the market and ensuring that the US economy remains flushed with credit. However, in its attempt to keep the liquidity tap flowing in the economy, the Fed failed in assessing the looming spectre of inflation on the economic horizon. Terming it as transitory, the Fed attributed rising prices to a hamstrung supply chain ecosystem which would soon be resolved, and with it inflation. But this was not to be as the US labour department dropped a bomb in January this year signalling that inflation has shot up to 7.5% when the Fed’s inflation tolerance target operates at 2%. What’s more, in a kind of eerie repetition of history and just as Friedman forewarned, the Fed under Chair Jerome Powell in June 2021 had moved the timeline for a rate hike to 2023 after initially signalling that there won’t be a rate till 2024, only to re-shift the 2023 timeline to March 2022. Powell earlier last week gave an “unusually explicit” preview of the policy action by declaring that he is likely to propose a quarter-percentage point rate hike.

Experts remain unconvinced that a quarter percentage rate hike will do enough to counter rising inflation.

Is a Paul Volcker redux in the offing?

Economists, banks, brokerage houses have already opened up to the media on how the Fed might not be able to navigate adeptly through the choppy waters of inflation that lie ahead and could eventually end up pushing the US economy, and along with it, large swathes of the global economy into a recessionary phase. At a time, when far too much hope is riding on Powell, perhaps it is only pertinent to take a look back at another Federal Reserve Chair who took the inflation Goliath head-on and managed to vanquish it, although not without the unavoidable pain of forcing the US economy through a recession.

Within two months of assuming the office of the chairman of the Federal Reserve, the strikingly tall (6’7”) Volcker summoned a secret policy meeting and re-engineered the inflation control toolbox being deployed by the Fed till then. Volcker introduced new operating procedures that targeted monetary aggregates, essentially measures of money supply in the economy. By the time, Volcker stepped into his role as the Fed Chair, inflation had been on the boil for long. 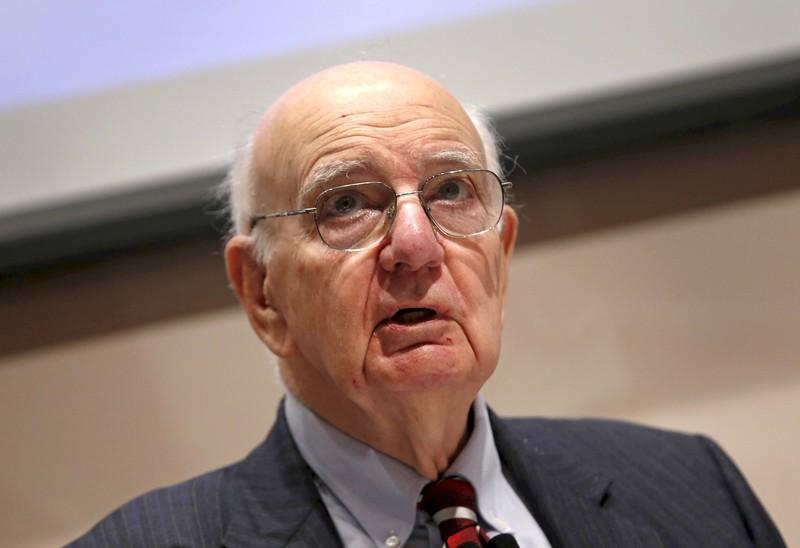 Former U.S. Federal Reserve Board Chairman Paul A. Volcker speaks at a news conference in New York, US on June 8, 2015. Photo: Reuters/Mike Segar

In August 1979, when Volcker was appointed as the Chairman, inflation was rushing at a fast clip of 9% and expectations were high that there would be no relief in sight. In fact, in the early 1980s inflation spiked up to 11% confirming the Fed’s worst fears.

Volcker’s first year in the office did yield marginal results in the fight against inflation but then no categorical victory was won. In November 1979, Volcker pushed up the funds rate to 13.25% and the 10-year treasury note was trading at 10.5%. By ratcheting up the funds rate this high, the Fed induced stagflation (high inflation and low economic growth) and was consequently forced to push the funds rate down back to 9% in July 1980.

If history looks kindly upon Volcker, it is because he was the one willing to take a stand and hold the line in the offensive against inflation. The Fed, particularly Volcker, understood that their policies were forcing the economy into another recession but staying the course was important to quell inflation decisively rather than to dent it marginally and have it recur in more explosive bursts down the line further eroding the Fed’s credibility in taming inflation.

“[The] only way we are really going to deal with this…is to convince people that we have a hold on inflation and have created a climate in which interest rates, particularly long-term rates, will tend to go down. But how do we create that climate and that expectation without in some sense risking being overly tight in the short run? And because people are so sceptical about whether that is going to happen, the long-term rates won’t come down fast enough to facilitate the recovery we want.”

By May 1982, change was apparent. There was adequate data to support the notion that there was much weakness in the economy but inflation had lowered as well. By October 1982, inflation plummeted to 5% and the Funds rate came down to 9%. By 1986, it came down to 2%. Of course, taming the inflation came with its costs. By the time, Volcker’s monetary tightening campaign came to an end, unemployment was at a whopping 10.8% and the US was in the most severe recession since World War II. 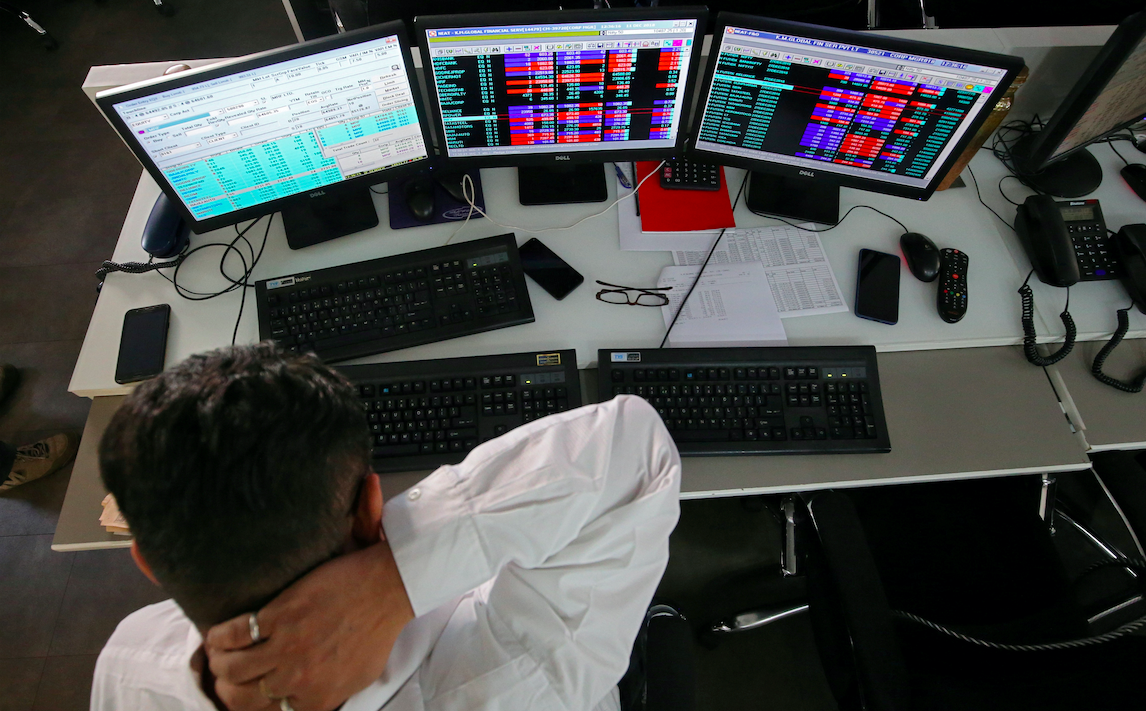 A broker reacts while trading at his computer terminal at a stock brokerage firm in Mumbai, India, December 11, 2018. Photo: Reuters/Francis Mascarenhas

Volcker himself came close to being attacked by a man with a sawed-off shotgun who told the police – when caught – that he was angry with the high-interest rates. Car retailers, unable to sell their inventory, mailed car keys to Volcker as there were no buyers. Farmers overwhelmed and coping with the debt burden blockaded the office of the Federal Reserve. Contractors and carpenters mailed Volcker a small wood block in protest voicing their grievance that home construction activity had come to a near-complete halt as not many would borrow at such high rates.

Volcker also became an easy target for lawmakers – be they Republican or Democrats – on both sides of the fence. In fact, Volcker’s monetary policy was one of the reasons why Jimmy Carter’s bid for a second presidential term failed and propped up Ronald Reagan in a landslide victory. Both Reagan and Carter publicly supported Volcker but were often taken to task by fellow party-men for supporting Volcker’s policies.

However, it was Volcker’s disinflationary policies that served as the necessary bitter medicine that helped decisively break the higher inflation expectation in the mind of the public, effectively laying the foundation for years of high-economic growth accompanied by low-interest rates.

What does Powell’s playbook entail?

The next set of inflation data is due out next week, right before the March 15-16 Fed meeting where Powell will unveil the quarter percentage point rate hike time when the Russian invasion of Ukraine has been piling inflationary pressures on a wide range of commodities, especially crude oil which recently touched the $115 per barrel mark.

Former Treasury Secretary Larry Summers told Bloomberg recently that the Fed has been way behind the curve as far as reigning in inflation is concerned. One reason why being behind the curve is costly, he pointed out, was that it reduces the elbow room for the Fed to act during external shocks.

“I don’t think the Fed has any alternative now but to launch a strong response to inflation, at a time, when we are at or over the brink of a spiral of inflation breaking out…the next recession has mistaken monetary policy written all over it,” he told Bloomberg.