Jammu and Kashmir’s power crisis could potentially worsen given the state's lack of control over the major hydropower projects it depends on for its electricity needs, delays in getting new projects off the ground and the challenges posed by Pakistan. 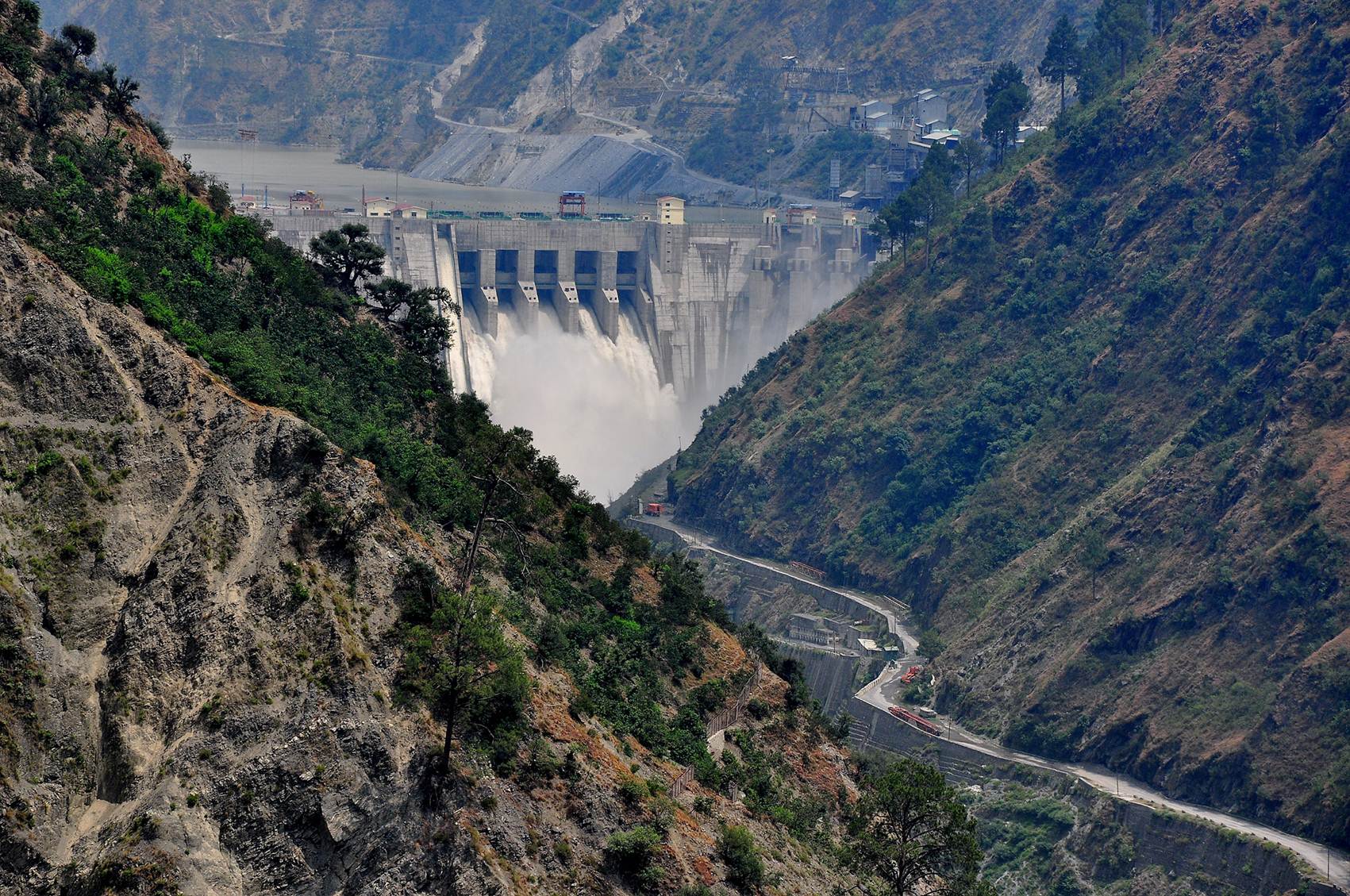 Electricity is perhaps the second most talked about issue in Jammu and Kashmir. Since the early 2000s and after years of intense militancy, electricity needs has been a mainstay of political parties pitching for development as a means to rise to power. During Mufti Mohammed Sayeed’s first tenure as chief minister of the PDP-led government, one of his biggest successes was a small improvement in the power crisis that has plagued the Valley for decades.

Recently, the Valley faced crippling power cuts during the winter, with power cuts up to ten hours long becoming part of the daily routine in Srinagar. In the villages not too far from the city, the bulbs wouldn’t shine for days. With the state’s energy needs expected to double over the next five years, the power crisis could potentially worsen.

Energy demand in J&K has increased gradually over the past five years at an annual rate of 5-6%, according to the state Power Development Department (PDD). Experts are of the view that given the scope of development in the state, the need for electricity is going to reach over 4000 MW in the next four years.

At present, the Valley faces a peak deficit of 500 MW during winter months. According to the PDD, the peak requirement jumps to 1700 MW in the winter months but only 1200 MW of electricity is available for distribution. This doesn’t take into account the 30% transmission and distribution losses that are reported by the department due to power theft and poor infrastructure.

Shahnaz Goni, the chief engineer at PDD, says low discharge in the rivers during the winter month has brought down the production by more than 30%. She also acknowledged the massive transmission losses and the need to reboot the infrastructure.

“We are currently in the process of revamping the entire transmission infrastructure. It should be done by 2019. Once the process is completed, we expect the transmission losses to come down by 20%. This would be a massive step in providing 24-hour electricity in the state,” she said.

However, merely upgrading the transmission infrastructure will not be enough. With development suffering due to years of political strife, J&K’s energy needs are going to increase considerably in the coming years.

In January, while announcing the budget, state finance minister Haseeb Drabu informed the assembly that in 2016-17, Rs 12,000 crore was spent on power purchases and liquidating past liabilities. He also acknowledged that there was still a severe shortage of electricity in the state.

“Despite this, the power situation on the ground – in winter in Kashmir and in summers in Jammu – hasn’t improved. There are still three lakh households in the state that haven’t been electrified,” he said.

J&K depends extensively on hydroelectricity harnessed from rivers flowing through the state to meet its energy demands. At present, 3210 MW of hydropower is being harnessed in the state. Out of this, 1211.96 MW is harnessed by the state-run Jammu Kashmir Power Development Corporation (JKSPDC) from its 21 power projects and the remaining 2,009 MW by National Hydro Power Corporation (NHPC) from seven projects.

While this should be enough to provide 24-hour electricity across the state, there is a catch. The major chunk of the 3210 MW of electricity is harnessed by the NHPC, but it shares only 13% of that with the state. J&K has to purchase electricity at higher prices from the northern grid to meet its requirement, hence the massive deficit in the budget.

The NHPC-run hydropower projects have long been a point of contention. It is perhaps the only issue in Kashmir where both mainstream parties and separatists are on the same page or have tried to be. In fact, over the years, successive state governments have pleaded with the Centre to return NHPC-run projects to the state or at least share it on a 50-50 basis in order to ease its energy crisis.

When the PDP returned to power in partnership with the BJP in 2015, the return of the two major power projects – Dul Hasti (390 MW) and Uri-II (290 MW) – to the state was one of the highlights of his “agenda of alliance”. However, even after two years of the party being in power, now led by Mehbooba Mufti, negotiations with the Centre to hand over control of the power plants to the state have completely failed. This, despite various high level meetings between the state and the Centre that Drabu was also a part of.

Waheed-Ur-Rehman Parra, a close aide of Mehbooba, said the negotiations over the return of the two power projects is still a “continuing process and we’ll get them back but it’s going to take time.” He believes his party needs more time to convince the BJP, their coalition partner.

However, Suhail Masoodi, who heads the Kashmir-based civil society Center for Research and Development, thinks otherwise. He says, “It is not about producing energy, it’s more than that about keeping control over the resources in the disputed state.” Even if the BJP government at the Centre does eventually hand over the control of the two power projects to the state as is in the “agenda of alliance,” it may not prove to be enough.

The state-run power corporation JKSPDC is hoping to overcome this power deficit by tapping into an estimated 20,000 MW of hydropower potential that the state rivers have, according to its website.

Shah Faesal, the managing director of JKSPDC, told The Wire that the corporation is in the process of “harnessing an additional 6263 MW of hydroelectricity from 15 new projects in the coming years to meet the growing needs for power in the state.” Three out of the 15 – Kiru (660 MW), Kawar (560 MW) and Pakal Dul (1000 MW) – are joint ventures with NHPC and Power Trading Corporation, in which JKSPDC has a 49% share.

“This is a golden time to invest in hydel power projects. We need to invest in hydropower to not only make the state self reliant but also to make profit which could be used to take up development projects,” said Faesal. The corporation recently got clearance from the Central Electricity Authority for two new projects – Sawalkote 1850 MW and Kirthai 930 MW – he added.

Faseal’s confidence in the success of these projects is also reflected on the JKSPDC website which claims, “These projects are techno-economically viable, besides being eco-friendly and socially beneficial.” However, it’s not quite that.

Professor Shakeel Romshoo, head of the Earth Science department at Kashmir University, said, “Building of these massive power project will need a lot of investment and the state doesn’t have that.” To put things into perspective, the JKSPDC-run Baglihar power project on Chenab river in Doda district cost an estimated $1 billion. According to a report in the Daily Excelsior, the construction cost of proposed Swalkote project over Chenab river is around $3 billion.

Other than the lack of money, Romshoo believes the idea of building large power projects also doesn’t take into account the environmental cost. “Run of river power projects doesn’t mean zero pondage. Baghlihar has a big reservoir. What worries me is a cascade of such projects up and down the Chenab in an ecologically fragile space. You also have to understand that this is an earthquake prone zone. In the aftermath of Uttarakhand floods, the Supreme Court has put a ban on such cascading projects,” Romshoo said.

“We can instead develop a policy through which we can harness hydroelectricity in an eco-friendly way. I have given my suggestions to JKSPDC for a formulation of a policy to develop smaller power projects between 25-100 MW.”

The regular impediments caused a tussle between India and Pakistan over the Indus Water Treaty (IWT), which governs the use of water flowing through J&K between the two countries.

The IWT signed between India and Pakistan in 1960 to share water flowing through the state of Jammu and Kashmir restricts the use of water by the state and only allows run-of-river projects on western flowing rivers.

Over the years, Pakistan has regularly raised objections on almost all the hydropower projects being established in the state. Pakistan claims that the building of large reservoirs for producing electricity would deprive it of its share of water. Last year, Pakistan’s water and power minister Khawaja Muhammad Asif tweeted that his country would approach the International Court of Arbitration over the 330 MW Kishanganga power project (NHPC project) being built over the Jhelum river. This came after a deadlock in talks between the IWT commissioners of the two countries.

Former Prime Minister Manmohan Singh laid the foundation stone of the Ratle power project in the Chenab valley in the Kishtwar district. The project, given on a build-own-operate-transfer for a period of 35 years to an independent power producer, Hyderabad-based M/s GVK Company, was expected to be completed in February 2018. But in 2014, GVK stopped construction owing to a dispute with locals, water taxes and delays caused by objections raised by Pakistan over the IWT.

There are also other power projects that have seen prolonged delays. Engineering, procurement and construction contracts for projects that come under the JKSPDC, like the 93-MW New Ganderbal project, are yet to be awarded. The project was dedicated to the people by National Conference patron Sheikh Abdullah in the 1970s.

Mushtaq Wani, the president of the Kashmir Chamber of Commerce and a member of the state Electricity Regulatory Commission, said, “Most of the power projects in the state will exceed their deadlines as there have been regular delays in awarding of the contracts and there is monitoring of the construction work being done.”

The tendering and re-tendering process of the 1000 MW Pakaldul power project has been going on for the last five years. Chenab Valley Power Projects Limited, a joint venture between JKSPDC, NHPC and PTC, recently cancelled the tendering of Pakal Dul project once again and asked for re-issuing of tenders.

Faseal acknowledges that there have been lingering delays in getting these projects started. “We have to understand setting up these projects is not an easy task. The geography of the region is difficult for such massive construction work and then we also have to deal with the forces of nature. We also don’t have the capital to, but we are doing our best to implement all the projects in a timely manner.”