In an interview, SJM co-convenor Ashwini Mahajan criticises the media and bureaucracy over the free trade agreement while stressing on the need to protect the interests of dairy, agriculture and industry.

In an interview, The Wire spoke to Ashwini Mahajan, SJM’s national co-convenor, about the reasoning behind the opposition. Mahajan also spoke about the current economic slowdown, demonetisation and fake currency.

Why is the Swadeshi Jagran Manch opposing the proposed RCEP?

This was our stand even during the UPA regime.

When we talk to the industry, we find that they are simply not ready for it. They will not be able to withstand the competition coming from outside. Industries will close; it takes a lot of time and effort to establish an industry. A large number of people are employed – be it steel, automobiles, chemicals, telecom, dairy, agriculture, all of these. If our domestic capacities are affected and these sectors are not able to withstand it and are forced to close down, the country will see a huge problem of unemployment.

We are already going through a unemployment crisis. You’re saying RCEP could make it worse?

Since 1991, when we adopted the policy of globalisation and gave paramount importance to growth and not employment, we let all commodities come in to our markets from abroad – especially since 2001, when products from China started coming in. None of the previous governments tried to stop it.

Has this government tried to stop it?

Yes, they have made some efforts when they developed this understanding over the last three years. They saw that the industry is suffering. Then they said in the budget that to protect local industry we will impose protective tariffs. It also imposed anti-dumping duties.

Would signing the RCEP go against this?

From the very beginning, the government has had a clear stand on this. There was a meeting in 2015 or 2016 when Nirmala Sitharaman was the commerce minister and it was clearly stated that India is not yet ready for RCEP. Bureaucrats, trade experts, economists and the media were present at that meeting.

Everyone was told that we should not go for RCEP. The bureaucrats and negotiators were accordingly told.

But I don’t know what has happened – suddenly, we see that they are going to sign the agreement though it was clearly said that we would engage and not sign or commit to anything.

It turns out that the bureaucrats were making offers when they should have only engaged. They went beyond their brief. The political leadership, on the other hand, understands that we have to protect the interests of dairy, agriculture and industry. 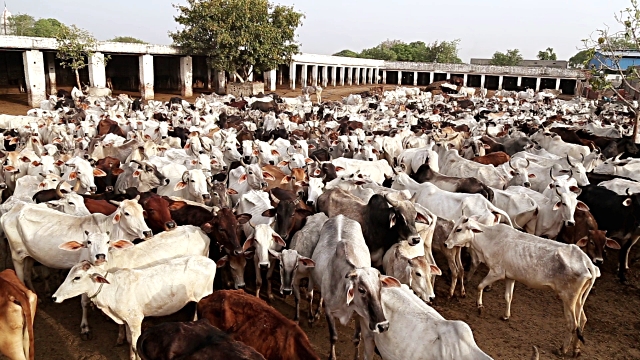 If I understand correctly, you’re saying that even when the political leadership did not want to, the bureaucracy made commitments on India’s behalf?

Yes, they kept working at their level. And this is not the thinking of the political leadership. In July, Piyush Goyal (minister for commerce) had said that this is not a win-win situation for the domestic industry.

So, upon seeing so much opposition, the political leadership has realised what kind of agreement this is going to be.

There is an obsession in the entire country with free trade. Even the media, just look at all business newspapers. All of them have the same obsession that the economy should be opened up completely, all tariffs should be zero, that we won’t be competitive till tariffs are zero and that there should be free trade even if we die. And the Swadeshi Jagran Manch is painted as being a disruptor and they make it seem as if only they mean well for the country.

I will criticise the media also. There is a lack of honest journalism. They are also responsible for this situation.

So, in the RCEP situation, you are upset with the bureaucracy and the media, but not the political leadership?

Political leadership has to rise to the occasion and that is why we have planned nation-wide agitation against this. The sectors which are impacted should also come out. Roye bina to maa bhi doodh nahi pilati (even a mother does not feed a child until she cries). So it’s important that they come out.

Some have started coming out. The moment the Swadeshi Jagran Manch raised concerns, the cycle industry came, so did the steel industry, telecom industry, and even ministries have raised concerns.

In a way, you are saying that the political leadership has been shown to be weak in front of the bureaucracy?

Why would we say that? The bureaucracy has exceeded its brief. The government should determine accountability for that. If the government wanted that, they should protect the interests of the people of our country – like they are saying now and have even said before. Then the political leadership will have to identify which people made what kind of errors.

For now, they should focus on correcting things.

Have you had any conversations with the government since your protest began?

No, we have not spoken to anyone. But the news that we are getting is encouraging.

Can you please list what your demands are and what the government should not relent on while negotiating?

We have one simple criteria for all issues. We are followers of Deendayal Upadhyaya. So, any policy the government formulates, or any agreement it is negotiating, the final outcome should be that the last person should benefit from it.

It seems now that the government is sensitised, so it has to address these concerns. People have also spoken about an honourable exit. We should do that.

There have been some suggestions that tariffs be gradually reduced and brought to zero over a 15-year time period. Would the Swadeshi Jagran Manch support a phased implementation?

We won’t agree at this time to something that would be implemented 15 years later. Why should we?

You know they say, lamhon ne khata ki, sadiyo ne saza payi (a mistake made in the moment, may have to be regretted forever). We don’t want to make those mistakes.

So, this is not something we are negotiating on at all. Either our concerns are met or they are not. It is all or nothing.

But when Prime Minister Narendra Modi and Chinese president Xi Jinping met recently, they spoke about enhanced trade and commerce relations between China and India.

No, they said that we are concerned about the deficit and that China would make an effort to look into our concerns.

Moving away from the specifics, the SJM is sometimes criticised for not being very active in taking on the government on issues such as the economic slowdown and loss of jobs. There have been job cuts in the auto sector and public sector employees have been protesting. But your organisation does not appear to be too keen to speak on these issues.

Look, if there is a slowdown in demand in the auto sector, the reason is the problem of non-performing assets (NPAs). Why did NPAs happen? How did they impact banks? They impacted NBFCs also. So, these problems which the present government inherited have had an impact.

Surely, demonetisation also had a negative impact on the economy.

I don’t think so. It was a very good decision.

You still think so?

What were the benefits?

The media organisation you represent may have a certain view. But I will tell you and you should tell your bosses. There was a huge problem of fake currency in the country. There was no other way to get rid of the fake currency. Do you know that since demonetisation, our country is managing, but Pakistan is in a dire situation.

Because of our decision to ban some of our currency?

Yes, the reason was that Pakistan would print our notes and send it across the border. The Reserve Bank of India was not printing, notes were coming from Pakistan.

So, there was so much fake currency. I want to ask you: why did the press not raise this issue? Our secret features were leaked under the UPA.

Recently, there have been reports that fake currency has surfaced again. So, should we go for another round of demonetisation?

So the reports about fake currency are fake?

Listen to me. These days, there are photo copy machines which are being used to print fake currency. But these can easily be caught. Earlier, it couldn’t be caught because secret features had been leaked.

Now, with demonetisation, we have solved the problem of fake currency.

What would you say are the reasons for the current slowdown and job losses?

Name one sector where there is a slowdown.

No, listen to me. There were reports which said that people are not buying biscuits. That is not true. Then, the demand for refrigerators and air conditioning has gone up. Demand for fast moving consumer goods has not reduced. There is growth.

Even if it is entirely inherited, it was inherited almost six years ago…

Yes, the government should make efforts to solve the problem.

On the question of the economy, is there any difference of opinion within the Sangh parivar?

You tell me if you know of anything. Everyone is of the same view. There is no difference of opinion.