What is the Modi government likely do, given the upcoming elections and the Centre’s limited fiscal space? The Wire breaks it down.

New Delhi: After almost a full month of confusion, the Narendra Modi government admitted this week that it would be presenting an “interim budget” on Friday, February 1.

Interim budgets are usually expected to be matter-of-fact proposals that extend the Centre’s ability to spend until a new government assumes power after the Lok Sabha elections and creates its own fiscal plan.

A vote-on-account will bee needed because the full Union budget announced last year only gives the government the power to continue spending until March 31, 2019, which is when the fiscal year ends.

That said, the government of the day is free to make a whole range of promises of what it will do if it comes to power after the elections – and even allocate funding. For example, in the 2014-15 interim budget for the UPA-II administration, P. Chidambaram announced the ‘One Rank One Pension’ scheme for India’s armed forces and allocated Rs 500 crore for the proposal.

Also read: Budget Math: How Accurate Have the Centre’s Past Revenue Estimates Been?

These pledges, however, are not legally binding on whatever party wins the general elections and is sworn in as the new government. A full Union budget is usually presented in June.

What is the Modi government likely do, given the upcoming elections and the Centre’s limited fiscal space? The Wire breaks it down.

What numbers to watch out for

Acting finance minister Piyush Goyal’s speech on Friday will, foremost, have to be framed from a fiscal and macroeconomic perspective.

The NDA-II administration’s efforts at maintaining a path of fiscal consolidation have been decent, but not great. The Centre has so far promised to hit its fiscal deficit target of 3.3% of GDP and most market analysts believe that it will achieve that goal – if concerns over the government’s ‘creative’ accounting techniques are set aside for the moment.

In a note put out on Thursday, analysts at Kotak and Axis Bank however say we could also see a slippage of 20 basis points to 3.5%.

Missing the 3.3% target would have adverse consequences and complications.

Why are we talking about a potential slippage? This is mostly because economists believe that the Modi government will come in short when it comes to its revenue receipts: what the Centre earns over the course of a financial year through indirect and direct taxes along with other investments.

The budget estimates had expected the government to rake in Rs 17.26 lakh crore. The State Bank of India noted in a report that it could come in short by Rs 0.6 lakh crore, while Kotak stated that the shortfall could be around Rs 1.4 lakh crore.

Lower tax collections are largely a result of the still-teething goods and services (GST) system, which still isn’t performing that well.

Nevertheless, despite limited fiscal space, going by media reports, the Modi government intends on making a two-pronged effort before the 2019 elections to different sets of voters: the country’s middle class and its rural and farming constituencies.

Technically speaking, nothing stops the Centre from making sweeping changes on the direct tax and income tax fronts. In one sense, it has to notify tax rates because, without that, the government cannot collect taxes from April 1 to the next full Union budget after the next government is sworn in.

But conventionally, outgoing governments don’t tinker too much with income tax rates, deductions and corporate tax rates in their interim budget. This time around though, it appears the Centre wants to provide some relief to the country’s middle-class.

The three potential changes around which there is the most buzz are:

1) Income tax exemption: It appears as if there is a hike in the basic exemption limit on the cards. Specifically, the limit may be raised from Rs 2.5 lakh to Rs 3-5 lakh.

The last time the limit for basic exemption from income tax was raised was in the NDA-II’s first budget in 2014, when finance minister Arun Jaitley raised it from Rs 2 lakh to Rs 2.5 lakh.

2) Deduction limits: Section 80C allows all Indians to reduce up to Rs 1.5 lakh from their total taxable income. The last time this section was revised was also in the 2014-15 budget.

Most market experts and analysts expect that the Section 80C limit to be hiked to Rs 2 lakh or Rs 2.5 lakh.

“We can expect the government to consider revising this limit. With the due passage of time, this limit no longer holds good. An increase in Section 80C limit will help provide more room for tax saving,” Abhishek Rastogi, partner at Khaitan & Co. Kuldip Kumar of PwC told Livemint.

3) Rationalising rates: Finally, markets are awash with rumours that there could be a change in income tax rates as well. 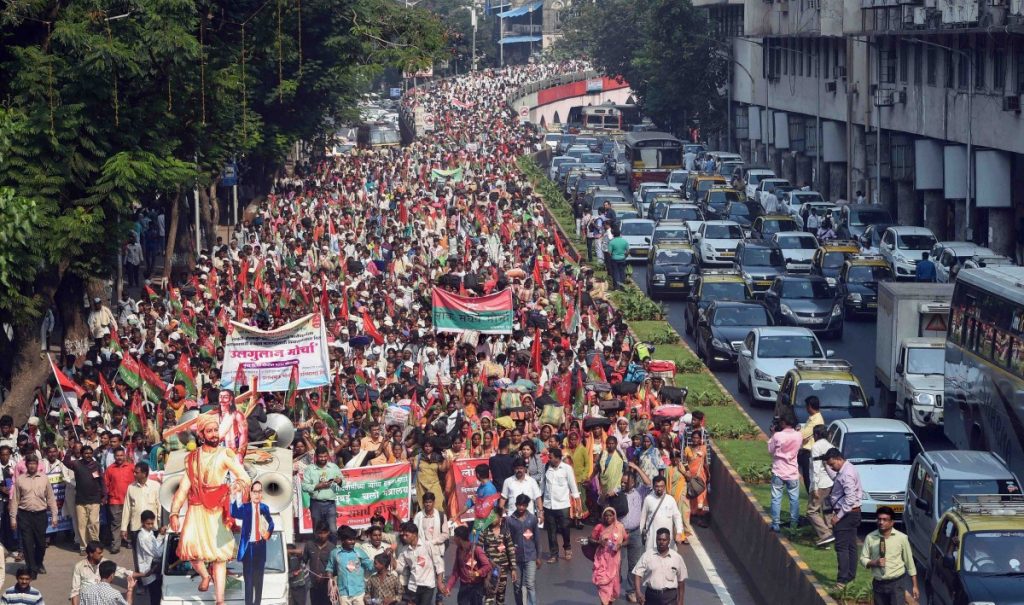 To help ease rural distress and quell farmer anger, media reports have noted that the Modi government is considering a wide range of packages and proposals. In all, two estimates say that the overall farm relief package could cost up to Rs 1 lakh crore.

What’s on the cards?

2) Interest-free loans and loans without collateral

Also read: Expect No Surprises on Air Pollution This Budget

Apart from this, there are a host of other things to look out for: announcements on the health sector front, custom duty cuts, new divestment proposals and, finally, whether there will be the much-anticipated corporate income tax rate cut.

The interim budget may also finally see the formalisation of the Modi government’s decision to exempt lump-sum withdrawal of the National Pension Scheme from 40% to 60% at the time of exit.

As with any outgoing budget, the government will have to keep its feet on the gas and brake pedals at the same time, all while looking at the general elections up ahead.

In a note on Thursday, Fitch Ratings noted:

Pressure for new expenditure to attract votes, particularly among rural and small-business owner voters, has increased as polls have shown the ruling Bharatiya Janata Party (BJP) is becoming less assured of victory in the general elections. The BJP has reportedly lost votes in some recent state elections due to rural distress and public concerns over job creation. Targeted cash programmes appear the most likely form of support, as they would avoid downside risks of alternatives, such as the farm loan waivers that undermined the loan repayment culture in the past.

Populist spending, it also pointed out, could aggravate fiscal pressures, which are already building due to revenue shortfalls.