Inequality Rapidly Rising in India Since the 1980s, Say Piketty and Chancel 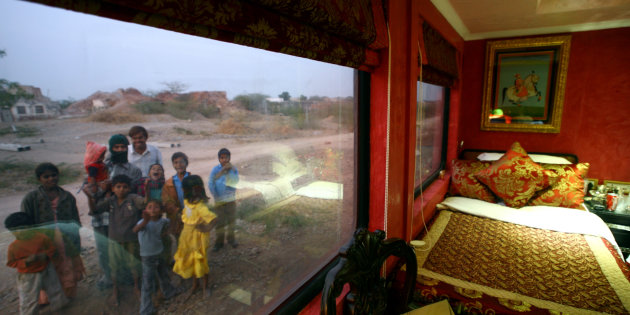 Since the early 1980s, India’s growth has been unevenly distributed within the top 10% group. Credit: Reuters/Vijay Mathur

New Delhi: India has witnessed a rapid increase in inequality beginning from the 1980s, with the top 1% of the population cornering as much as 22% of the national income, says a report.

The share of national income accruing to the top 1% of income earners is now at its highest level since the creation of the Indian income tax in 1922, says the paper ‘Indian income inequality, 1922-2014: From British Raj to Billionaire Raj?’ by renowned economists Lucas Chancel and Thomas Piketty. 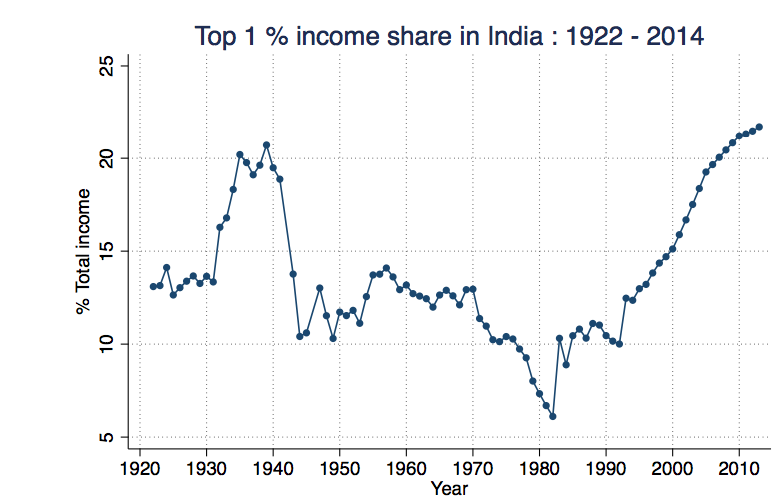 The turnaround of income inequality (in 1983-84) seems consistent with the implementation of a new economic policy agenda to disengage the public sector and to encourage entrepreneurship as well as foreign investments.

“The start of the process has been associated with the nomination of Rajiv Gandhi as prime minister in 1984,” said the two economists.

They document a large increase in the level of inequality in India over the recent period and a large increase in the current level as compared to survey- based statistics generally used in public debates. “We find that our results are robust to a large set of alternative estimation strategies addressing important data gaps,” they said. 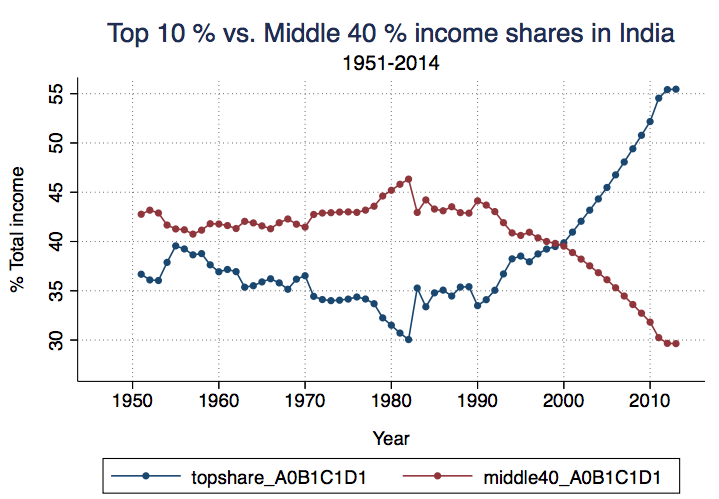 The paper said that top income shares and top income levels were sharply reduced in the 1950s-1970s period, at a time when strong market regulations and high fiscal progressivity are implemented. During this period, the bottom 50% and middle 40% incomes grew faster than the average.

“The trend reverted in the mid 1980s with the development of pro-business policies,” it said.

According to the paper, the ‘Shining India’ was about the prosperity of top 10% of the population and not those belonging to the middle-income group. 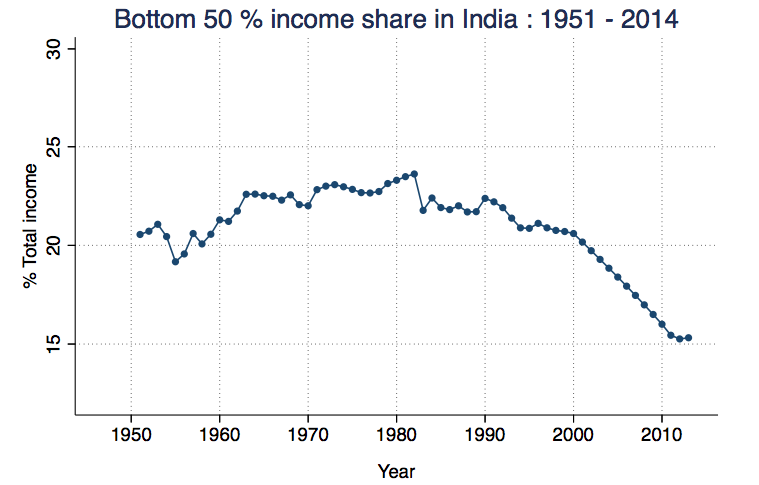 “’Shining India’ corresponds to the top 10% of the population (about 80 million adult individuals in 2014) rather than the middle 40%. Relatively speaking, the shining decades for the middle 40% group corresponded to the 1951-1980 period, when this group captured a much higher share of total growth (49%) than it did over the past forty years,” it said.

The paper further noted that since the early 1980s, growth has been highly unevenly distributed within the top 10% group. “This further reveals the unequal nature of liberalisation and deregulation processes. India in fact comes out as a country with one of the highest increase in top 1% income share concentration over the past thirty years,” said the economists.