Cost of Inequality in India May Be High, but Doing Nothing About It Is More Expensive

For long, it was accepted wisdom that a rising tide would lift all boats. This type of thinking has to go. 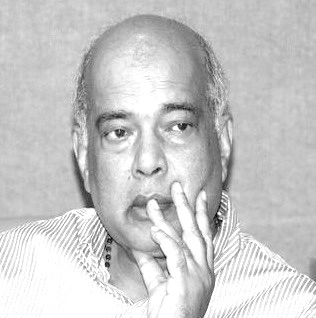 The latest World Inequality Report and its findings puts India at the frontier of inequality. It is, to a certain extent, at variance with what we long believed about ourselves. That is – we have poverty but we are still a moderately equal country.

The ‘Gini coefficient’ is a quantitative measure of inequality, presented in the range of 0 to 1, with 1 being complete inequality and 0 for complete equality.

India used to be in the range of 0.35 and is now believed to be 0.51. But the reality is, if you map the WID (World Inequality Database) data, one is more likely to get a much higher Gini coefficient.

For long, it was accepted wisdom that a rising tide would lift all boats. This propelled unceasing optimism about our growth trajectory. Growth, of course, is absolutely necessary but the growth path creates an intelligible differentia. Recent data shows that a rising tide has lifted some boats, while others seem to be static or sinking.

Out of the growth dividend from 1980 to 2016, India’s top 1% has benefited 28% while the bottom 50% has taken a share of 11% only. The top 10% has a 66% share of growth while middle 40% accounts for 23%. Extremely unequal distribution of income has implications with regard to stake of different groups in growth itself. It is not surprising that the policies and institutions have been criticised relentlessly. The status of a person defines which side she takes in this discourse. A homeless boy holds biscuits that he received as alms as he takes shelter from rain in front of a fast food shop in Mumbai on November 11, 2009. Credit: Reuters/Arko Datta

China’s national income grew almost four times that of India during the same period. China, despite having inequality of a very strong order, shows a relatively healthier distribution of income at 43% of national income for the top 10%, 43% for the middle 40% and 13% for the bottom 50%. In China, the top 1% holds 15% income compared to 28% in India.

This has two implications. First, the middle 40% of China’s population has gained relatively to their strength. It means gains are substantial for them and they are clear winners. The top 1% and 10% of China’s population have also gained hugely but still their income share remains moderate compared to India. The bottom 50% in China do have a different story even with 13% of national income as China’s national income is four times larger compared to India.

The question which confronts us is this: When poverty is coming down, how is inequality increasing and how can it be stated that growth dividends are not reaching a large segment of people?

Hence this group might have just escaped the destitution level but are just one health disaster away from sinking back below the poverty line.

This coupled with the fact that inequality study is for an 800 million adult population shows that there is convergence between the finding of World Inequality Report and the data elsewhere – establishing a completely new magnitude of inequality and poverty.

The Economist recently wrote that large segment of so called Indian middle class is still at $3 or $4 by purchasing power parity. Evidently our premature celebration of prosperity rings a little hollow and the cheerleaders need not be taken very seriously.

People understandably do not like huge inequality. Behavioural economist Dan Ariely, in his research, found that there is a concerning gap between how we perceive the prevalence of inequality and what actually exists. His research showed that wealth distribution in the US was actually 0.1%, 0.2%, 3.9%, 11.3% and 84.4% from the bottom to top quintiles (i.e, the lowest 20% of America’s population, the quintiles next to lowest, middle quintile, quintile below the top and the top quintile).

Trying to figure out what people thought was an acceptable level of inequality, Ariely tried to lift the veil of ignorance to establish a desirability gap. The figures which emerged are revealing: they were 10.5%, 14.1%, 21%, 22% and 31.9% respectively from the bottom to top quintiles. 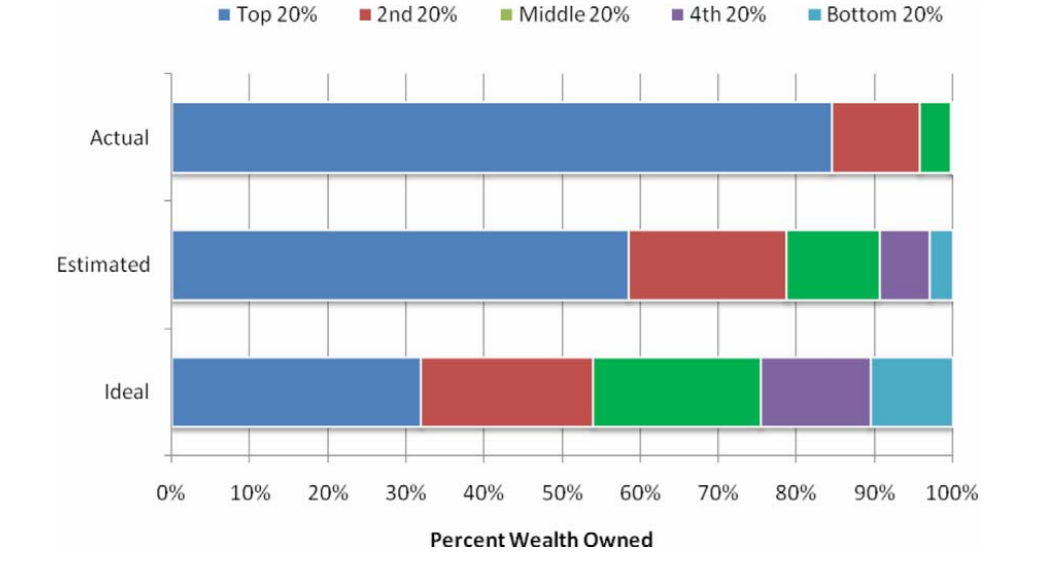 This is what people feel is “tolerable inequality” in a just and fair society. The interesting thing is people of different quintiles are not thinking of complete equality or equality of outcome, but enough difference to be equitable but not too small of a difference so as to not disincentivise effort, hard-work, performance as well as risk-taking ability. Though Ariely’s research was for the United States, the trends are instructive for us too.

What does this humongous level of inequality entail for India? Inequality is divisive and corrosive. A high level of inequality is also anti-growth. There is evidence to show that more unequal societies do worse in growth as they are prone to lack of a trust and more violence. Once it is known to people that dividends of growth are going majorly to a relatively minority group, oppositions to growth strategies spring up. The so-called equality of opportunity also looks a far cry for people among the 90% who are below the top 10%. This is because access is ring-fenced by high costs of education and health care. Inequality creates social dysfunctionality in terms of education outcomes, social mobility and a poor ranking on human development index.

If the cost of inequality is high, doing nothing about the humongous inequality that exists can be even more expensive.

The first broad lesson is that growth will have to be much larger for the bottom 50% to benefit and the middle 40% to really become a ‘’middle class’ worthy of the name. The income of the bottom 50% of China grew by 420% since 1980, but the same figure is only 110% for India.

The shift towards salaried work also accounts for a reduction of poverty. This has also come to mean a shift from the farm sector to a non-farm sector. The casualisation and informalisation of employment that the country is witnessing may have created informal work with low pay with little training and social security, but this will exacerbate wage inequality and lower social mobility. This is not the time for celebrating yet.

The task is cut out for the country to work with policies and institutions to reduce inequality by investing on education and health care of reasonable quality, work with skill training and creation of reasonably good jobs and giving a lifeline to most of the population with improved access and opportunity for having a chance in life.

Satya Mohanty is a former Secretary to GOI and currently an Adjunct Professor of Economics, Jamia Milia Islamia.