Industrial Output Growth in April at 134.4% Due to Low Base Effect 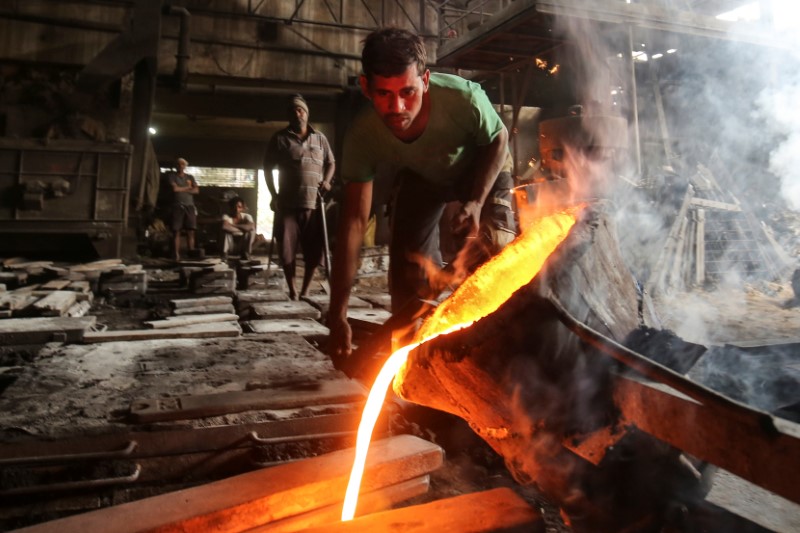 New Delhi: India‘s industrial output growth was estimated at 134.4% in April from a year earlier, government data showed on Friday, a sharp recovery reflecting a base effect due to the pandemic lockdown that hit economic activity last year.

According to the National Statistical Office (NSO) data, the industrial output index rose to 126.6 points in April from 54 points in April last year, when the lockdown hit the production.

The government did not release data in percentage terms.

Analysts polled by Reuters had expected a rise of 120% in April from a fall of more than 57% during the year-ago period.

Also read: The Impact of COVID-19 on India’s Manufacturing Sector

The NSO stated that for the month of April 2021, the indices of industrial production for the mining, manufacturing and electricity sectors stood at 108, 125.1 and 174 points, respectively.

In a statement, NSO said, “It may be noted that the nationwide lockdown and other measures implemented to restrict the spread of COVID-19 pandemic from the end of March 2020, had led to a majority of the establishments not operating in April 2020 and consequently, there were many units which reported ‘Nil’ production, affecting comparison of the indices for the months of April 2020 and April 2021.”

As per use-based classification, the indices were at 126.7 for primary goods, 82.4 for capital goods, 137.9 for intermediate goods and 134.8 for infrastructure/ construction goods for April 2021.

Further, the indices for consumer durables and consumer non-durables were at 112.4 and 142.3, respectively.