For some time now, the social and economic safety net of the poor and vulnerable socioeconomic classes across India have been gradually but surely eroding. 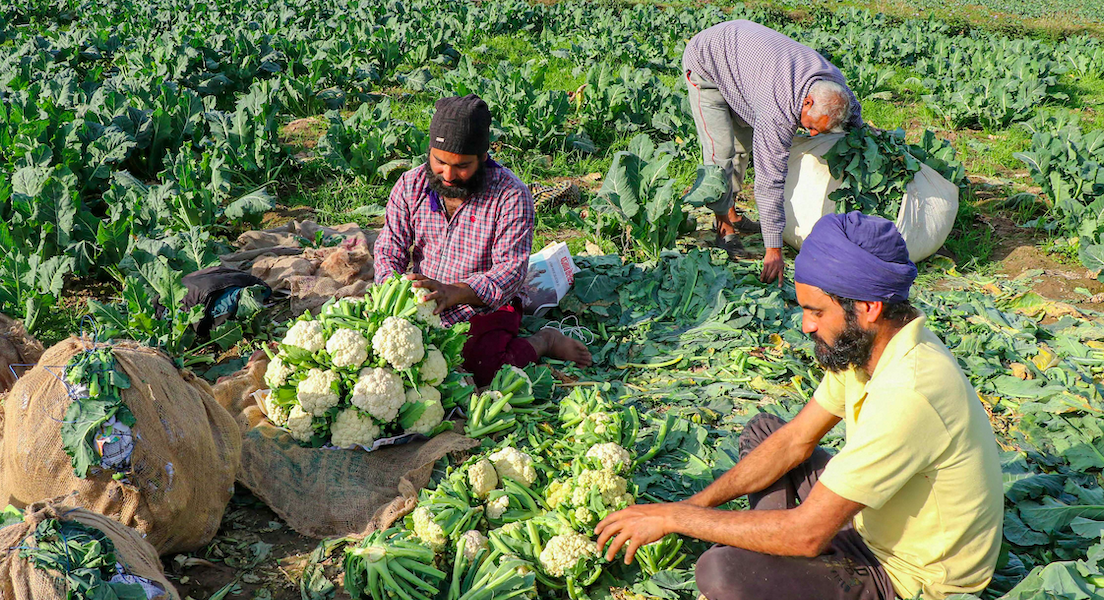 Amidst all the talk on two Bharats, are we seeing a time-horizon where India’s ‘elite’ may abandon India’s poor and vulnerable?

This is a question I have been contemplating about for a few months now. The inquisitiveness peaked days after the recent Union Budget was presented, in the analysis of which, I argued, how the current government macro-fiscal priorities appear to be blindly indifferent and/or ignorant of India’s ‘poorer’, ‘unorganised’ class of citizenry.

For more evidence, see the below par outlays announced for essential social development priorities in areas of healthcare, nutrition schemes for children, MGNREGA etc. along with a massive cut observed in overall revenue expenditure, all, in the quest to boost ‘growth at all costs’.

Embarking the nation on a high growth trajectory is of course critical, especially when India’s real growth has been low each successive year, over the course of last 7-8 years. But the ‘quality of growth’, and the processes we set in motion for its ‘distribution’ also matters.

For some time now, the social and economic safety net of the poor and vulnerable socioeconomic classes across India have been gradually but surely eroding, even though, upper-corporate wealth endowed (or dependent) classes continues to thrive on waves of profit-maximisation, even during the pandemic years.

The real question is: Does the ‘elite’ not care enough about the need for ‘redistribution’? Or, is the Indian business-economic-political elite, in its desired utility to conspicuously grow, keen continue to do so at the cost of India’s poor or vulnerable class?

Before one tries to answer the question, it might be useful to first explain what I mean by the words ‘conspicuous’ and ‘abandon’ in context to ‘elite’ behaviour (often explained as a group or class of people enjoying greater control on the creation-distribution of economic resources).

Thorstein Veblen (1899), an economic sociologist, first conceived a theory (and idea) of ‘conspicuous consumption’ in context to understanding the behaviour of the leisure class (/the elite), their preferences.

According to Veblen, “In order to gain and to hold the esteem of (wo)men, wealth must be put in evidence, for esteem is awarded only on evidence”. By social custom, the evidence consists of unduly costly goods that fall into “accredited canons of conspicuous consumption, the effect of which is to hold the consumer up to a standard of expensiveness and wastefulness in his consumption of goods and his employment of time and effort”.

The details of Veblen’s arguments naturally invite the interpretation that conspicuous consumption reflects useful signalling for explaining the behaviour of the leisure class or elite in a given economy. The need to conspicuously consume luxury goods may increase more in deeply unequal societies where the wealth/income gap between the top 10% and bottom 50% is stark.

In modern terms, these motives are the essence of what explains elite-consumption behaviour amongst both upper and lower classes (including in India). Members of higher classes voluntarily incur costs to differentiate themselves from members of lower classes (invidious comparison), knowing that these costs must be large enough to discourage imitation (pecuniary emulation).

What’s happening in the Indian context? 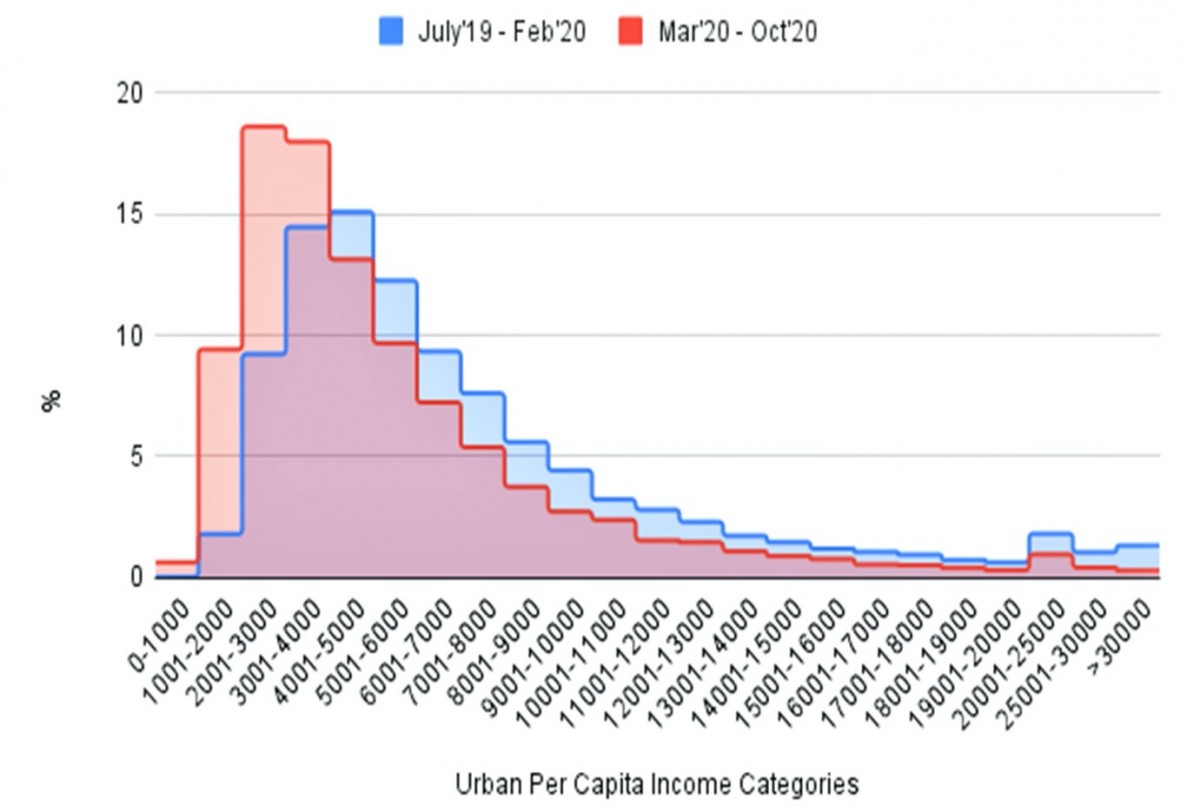 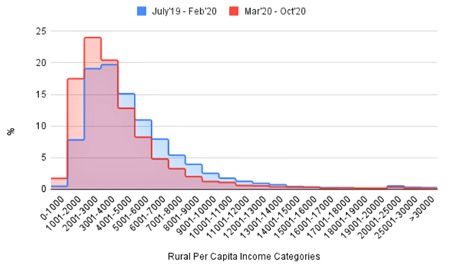 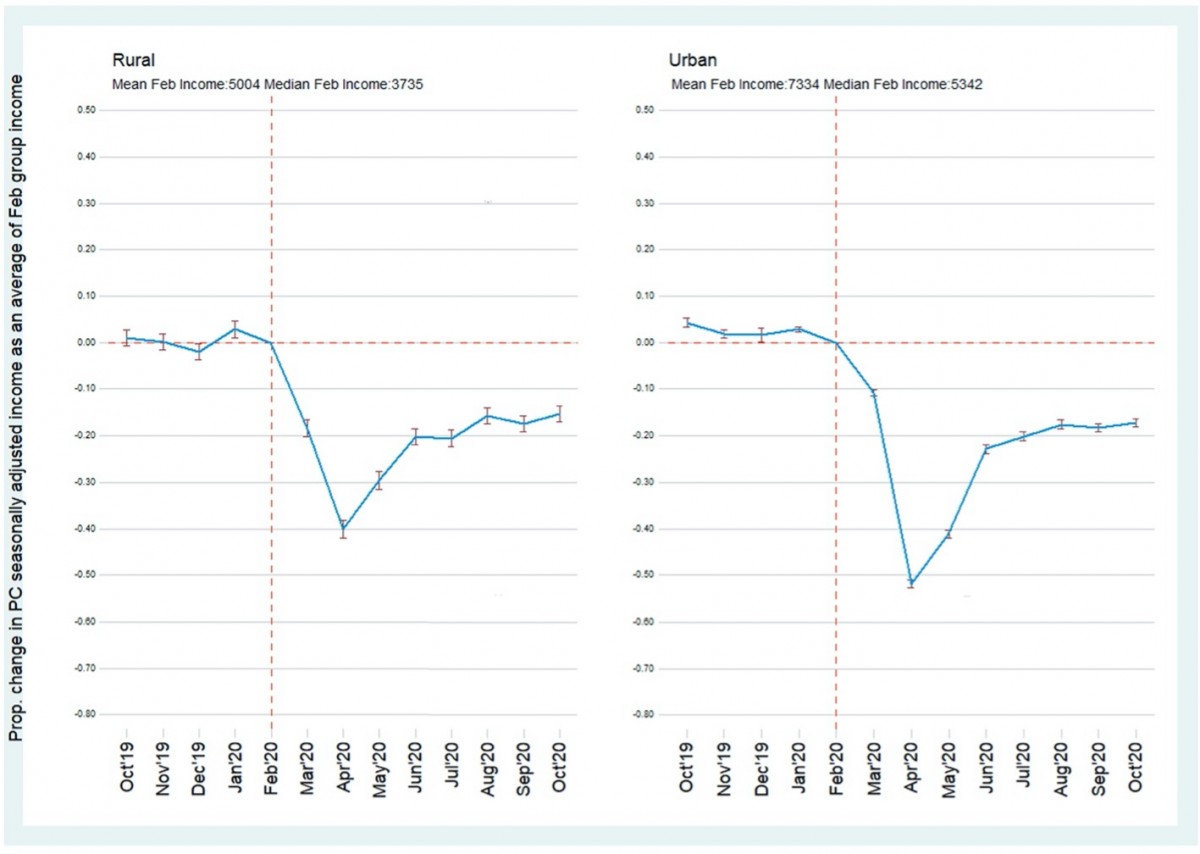 Given how badly private consumption-private incomes have been affected for the bottom 50% of population across India over the past few years (see above: more than 77% reported to have experiences loss in incomes during the pandemic), arguing for the case of ‘pecuniary emulation’ (members of lower classes consuming conspicuously) would be low on evidence.

Still, given the degree of inequality between the top 10% and bottom 50% in the past few decades (see Figure below), the case for higher classes voluntarily consuming more luxury goods, affording foreign travel, sending their kids abroad for studies, investing abroad – all indicating ‘invidious comparison’, is found more in evidence. 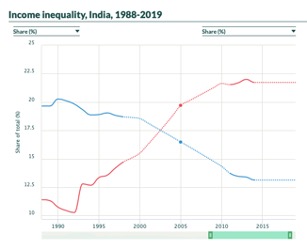 Deep rooted income-wealth inequalities has fuelled ‘conspicuous consumption’ amongst the elite. When there is social and economic mobility amongst other income classes, the aspiring middle-class reorients the macro-consumption basket. But, we haven’t seen a booming ‘middle class’, or the same degree of private consumption levels seen amongst the middle-lower income groups during the 2002-2010 period.

Even the spike in GST revenue this fiscal came largely as a result of high GST collections from ‘import goods’ signalling the source of a higher indirect tax revenue at the cost of one’s current account deficit (the net balance of exports minus imports).

Going forward, a greater inequality fuelled conspicuous consumption cycle may reorient elite behaviour at the cost of the poor. An undistilled faith in the neoliberal economic path has already ensured a permanence of structural inequities. And, ‘elite abandon’ may be seen as an outcome of exacerbated inequality regimes over time.

In every nation, the ‘elite’s time horizon’ determines how it governs. In deeply unequal societies, a question worth investigating is: Does the elite treat its country as a ‘luxury watch’, that it’s only looking after for future generations, or as a ‘stolen wallet full of cash’?

It is difficult to say to what extent the Indian elite are confident of India’s future. The poor and the vulnerable have no option but to believe in the vision of an ‘Amrit Kaal’.

The rich, creamy layered top 10% seem quite happy to sit on accumulated piles of cash or profits, but aren’t ready to invest big in India. ‘Big capital investment’ in certain areas (like infrastructure) is increasingly been monopolised or oligopolies, due to a few players in the mix.

These actions will naturally come at the cost of the poor, or worse an extensive appropriation/exploitation of labour for one’s own ‘gains’, which in Veblen’s terms, would be aimed at continuing with a conspicuous luxury consumption cycle. Given all that’s going on in the government’s vision to push for ‘growth at all costs’, without caring enough for its welfare priorities, this outcome appears more inevitable than before.