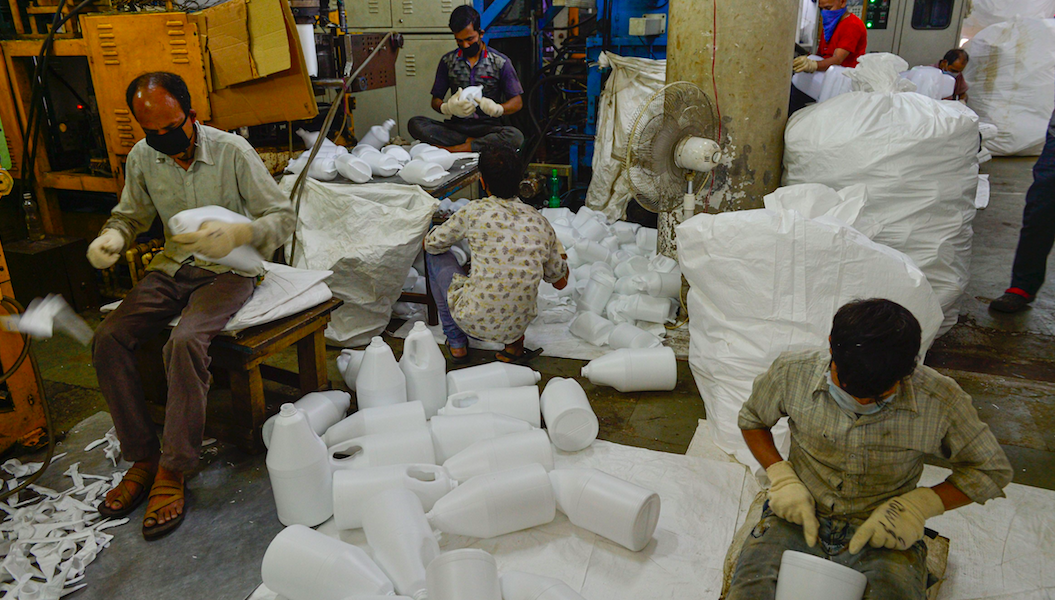 Workers at a factory in New Delhi. Photo: PTI

According to official government data released on Tuesday evening, the Index of Industrial Production (IIP) fell by 16.7% in March over last year.

The March figures — which are far higher than what was expected by some economists and market experts — do not represent the full impact of the COVID-19 lockdown.

Cessation of all economic and social activity only started from March 24 and therefore a clearer picture of how factory output was affected will be reflected only when the figures for April 2020 are released.

The statistics ministry however notes that the IIP data should be viewed with the caveat that they may be revised as “data flow from producing units was impacted.”

“In view of the global COVID-19 pandemic and consequent nationwide lockdown measures implemented since March, 2020, the data flow from the producing units was impacted. As some of these units are yet to resume operations, the response rate has been lower than usual. Consequently, the Quick Estimates are likely to undergo revision and will be incorporated in subsequent releases as per the revision policy of IIP,” the National Statistical Office said in a press release.

IIP numbers as represented by the end-use of goods also showed a steep fall. According to government data, capital goods and consumer durables saw the steepest fall in output at 35.6% and 33.1% respectively.

Over the last ten days, multiple economic indicators have been shedding light on the economic devastation posed by the lockdown at a country-wide level.

For instance, core sector growth shrank by a record 6.5% in March. after touching a 11-month high in February 2020. Manufacturing and service activity also plunged to record lows in April, as measured by the Purchasing Managers’ Index.

According to data put out by the Centre for Monitoring Indian Economy (CMIE), the overall unemployment rate climbed to an eye-watering 27.1% in the week to May 3, while around 121.5 million reported job losses in April.