Last week, the Indian government advised federal states to try and control the rapid spread of the virus through local lockdowns. Tighter restrictions on activity suggest factories could be in for a tough April. 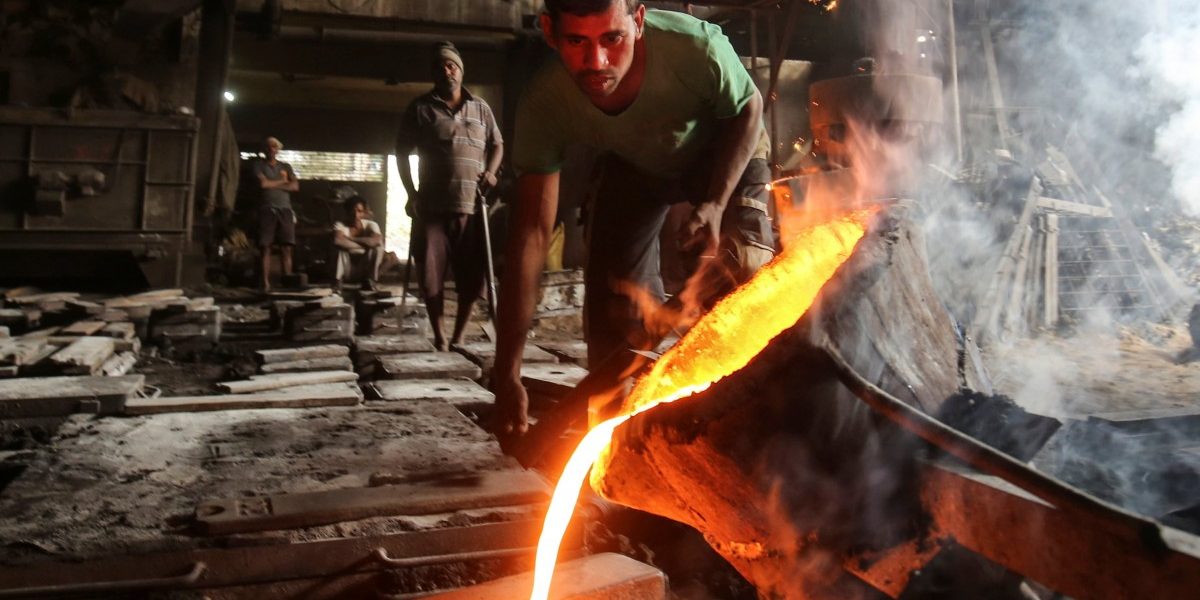 Last week, the Indian government advised federal states to try and control the rapid spread of the virus. Tighter restrictions on activity suggest factories could be in for a tough April.

The Nikkei Manufacturing Purchasing Managers’ Index, compiled by IHS Markit, declined to a seven-month low of 55.4 last month from February’s 57.5, but remained above the 50-level separating growth from contraction for an eighth straight month.

Despite foreign orders growing at a faster pace in March, a sub-index tracking overall demand declined to its lowest since August 2020. Output also grew at its weakest pace in seven months.

“Survey participants indicated that demand growth was constrained by the escalation of the COVID-19 pandemic, while the rise in input buying was curtailed by an intensification of cost pressures,” said Pollyanna De Lima, economics associate director at IHS Markit.

“With COVID-19 restrictions expanded and lockdown measures re-introduced in many states, Indian manufacturers look set to experience a challenging month in April.”

Although Asia’s third-largest economy was predicted to grow at a faster pace this fiscal year than previously thought, according to a Reuters poll published last week, a significant majority of economists said a surge in coronavirus cases was the biggest risk to the outlook.

After a year-long spree of job cuts, factories intensified the rate of layoffs to its strongest in six months in March.

Both input and output prices increased at a slower pace last month, signalling overall inflation that accelerated to a three-month high in February might ease and stay within the Reserve Bank of India’s inflation target of 2-6%.

That would help the central bank maintain its accommodative policy stance to support economic growth but optimism about the year ahead waned.

“While predictions that the vaccination programme will curb the disease and underpin output growth in the year ahead meant that business confidence remained positive, growing uncertainty over the near-term outlook due to a rise in COVID-19 cases dragged sentiment to a seven-month low,” De Lima said.