The economy is slated to bounce back with 8.8% growth in 2021, according to the IMF report. 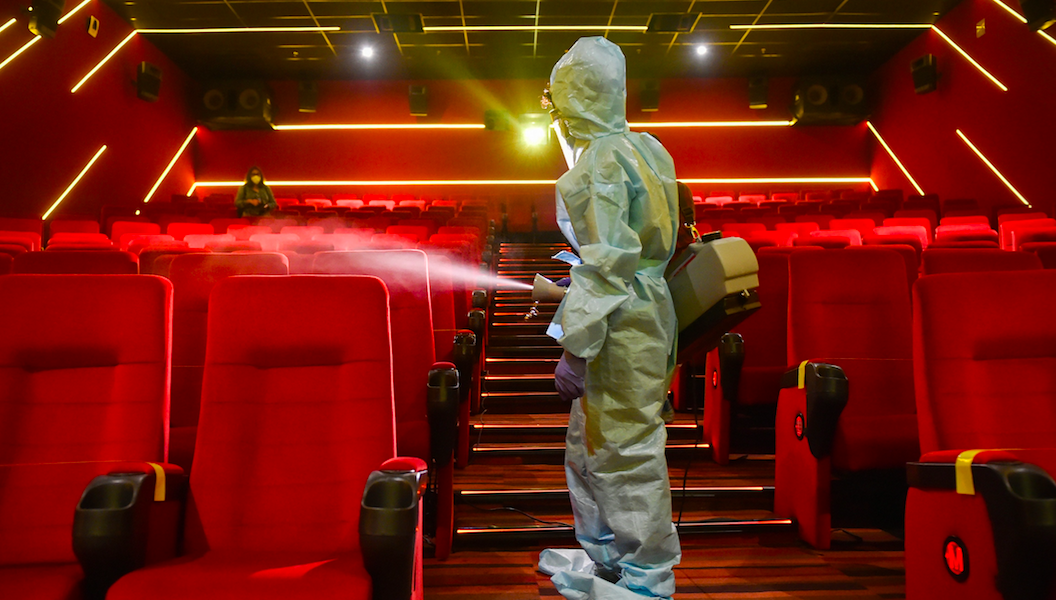 Representative image of a worker sanitising a cinema hall prior to its opening. Photo: PTI

Washington: The Indian economy, severely hit by the coronavirus pandemic, is projected to contract by a massive 10.3% this year, the International Monetary Fund said on Tuesday.

However, India is likely to bounce back with an impressive 8.8% growth rate in 2021, thus regaining the position of the fastest growing emerging economy, surpassing China’s projected growth rate of 8.2%, the IMF said in its latest ‘World Economic Outlook’ report.

Released ahead of the annual meetings of the IMF and the World Bank, the report said global growth would contract by 4.4% this year and bounce back to 5.2% in 2021.

China is the only country, among the major economies, to show a positive growth rate of 1.9% in 2020, it said.

The IMF in its report said that revisions to the forecast are particularly large for India, where Gross Domestic Product (GDP) contracted much more severely than expected in the second quarter.

According to the IMF, India is among those likely to suffer the greatest damage from global warming, reflecting its initially high temperatures. For India, the net gains from climate change mitigation-relative to inaction-would be up to 60-80% of GDP by 2100.

While estimates of losses from climate change are somewhat smaller for colder regions (for example, Europe, North America, and east Asia), these are likely underestimations as they do not include a number of damages (for example, rise in sea levels, natural disasters, damage to infrastructure from thawing of permafrost in Russia) and negative global spillovers from large economic disruptions in other parts of the world.

Last week, the World bank said India’s GDP this fiscal is expected to contract by 9.6%.

“India’s GDP is expected to contract 9.6% in the fiscal year that started in March,” the World Bank said in its latest issue of the South Asia Economic Focus report.

“The situation is much worse in India than we have ever seen before,” Hans Timmer, World Bank Chief Economist for South Asia, told reporters during a conference call last week. “It is an exceptional situation in India. A very dire outlook,” he said.

In the report, the World bank said the spread of the virus and containment measures have severely disrupted supply and demand conditions in India.