Even the Optimism of Official Economists Cannot Ignore the Warning Signs

All the gains that documents like the Economic Survey point to cannot hide the ugly reality about India's social infrastructure, employment and human development. 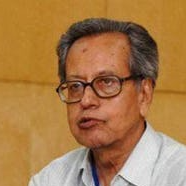 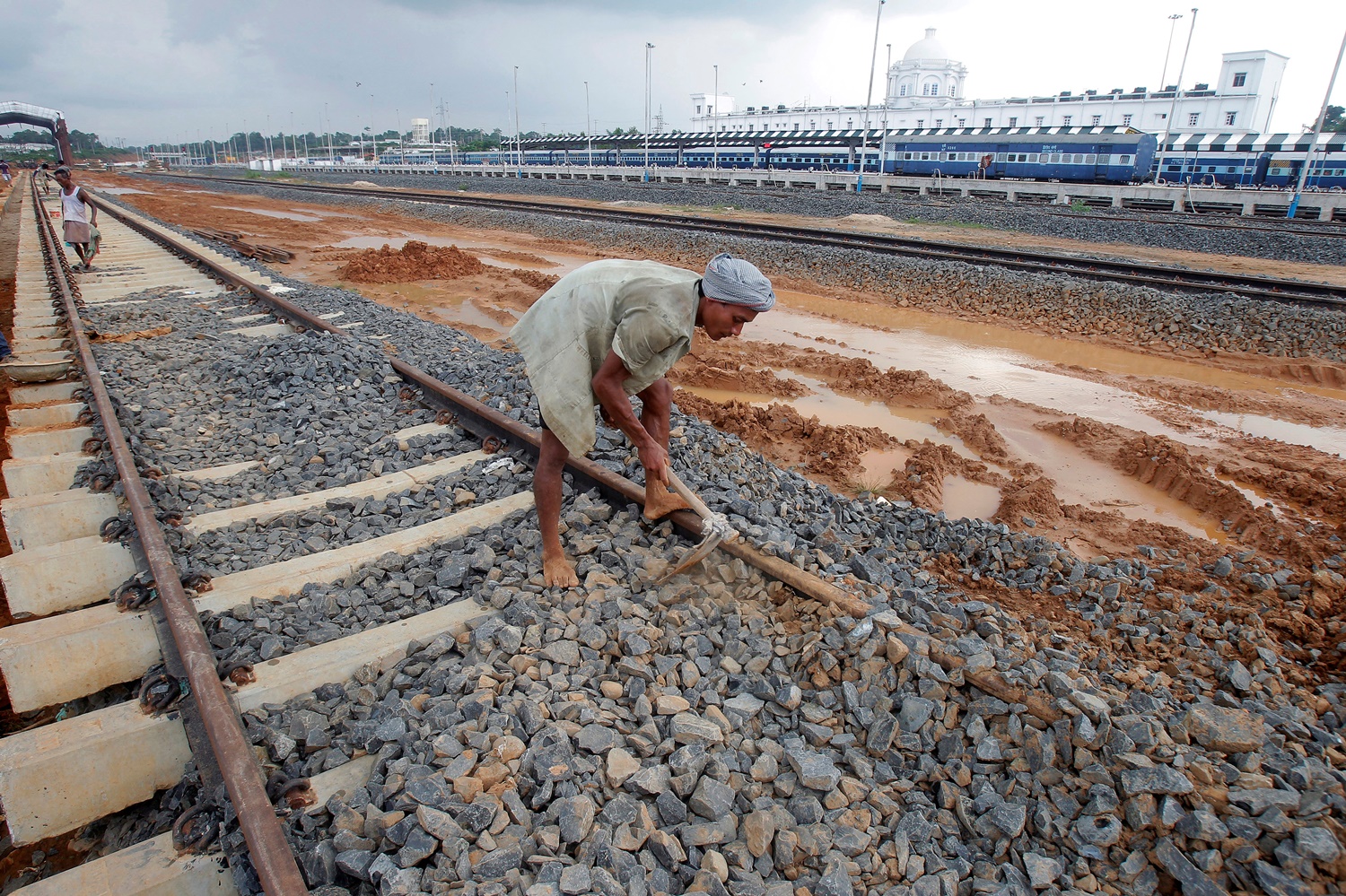 The government still sticks to Fiscal Responsibility and Budget Management which has no theoretical validity in an economy like India which suffers from endemic deficiency of effective demand. Credit: Reuters

Poor Arvind Subramanian. As the government’s chief economist, in the first chapter of the Economic Survey, he clearly gave warnings on depressed farm revenues, the twin balance sheet problem, over-leveraged corporate houses and public sector banks burdened with large non-paying assets (NPAs). He tried to derive some satisfaction from the general Goods and Services Tax (GST) and declining food prices, presaging low inflation rates. The latter has been reversed with burgeoning prices of vegetables and major cereals. He also sought to derive some satisfaction from booming stock prices, but as we shall see, they are in fact part of the problem of low growth of the Indian economy.

The government still sticks to Fiscal Responsibility and Budget Management (FRBM) which has no theoretical validity in an economy like India, which suffers from endemic deficiency of effective demand. In a market economy, it is investment that determines saving rather than the other way round, as Richard Kahn and John Maynard Keynes demonstrated a long time ago.

People primarily interested in stock markets want a low rate of inflation at whatever cost. As is well-known by designating Mauritius as a country in which any Indian company with a nominal joint venture can get away by paying a 10% tax, as against the usual corporate rate of 30% and above, any company can take its money out to Mauritius, invest it in the stock market or real estate and lock it up for 366 days without paying any long-term capital gains tax. Thus, there is a strong incentive for a company to play the stock market rather than invest in long-gestation projects.

The government’s insistence on sticking to the FRBM is particularly unfortunate since tax revenues are buoyant with the excise tax on petroleum. The FRBM has been imposed on state governments too, who are also constrained by FRBM. The Central government has brought down the proportion of expenditure it would bear of centrally sponsored projects. Again this has put special burden on state government budgets which are supposed to be spent on concurrent subjects such as education, health care and infrastructure. For example, the sate governments would find it difficult to defray the expenditure involved in the Ujjwal Distribution Companies Assurance Yojana.

As regards monetary policy, the government continued to rely on cutting the interest rate, forgetting the dictum that you can take the horse to the trough, but you cannot make it drink. With a sluggish demand situation, the banks continued to be burdened with bad debts and the quality of collaterals deteriorated, aggravating their NPA problem.

The total amount mobilised under Pradhan Mantri Jan Dhan Yojana (PMJDY), which is an initiative for financial inclusion was, as of October 18, 2017, Rs 67,316.28 crore, as against the total deposits of India’s scheduled commercial banks (SCBs) which amounted to Rs 5,58,355.26 – that is, PMJDY deposits amounted to a little more than 10% of SCB deposits. 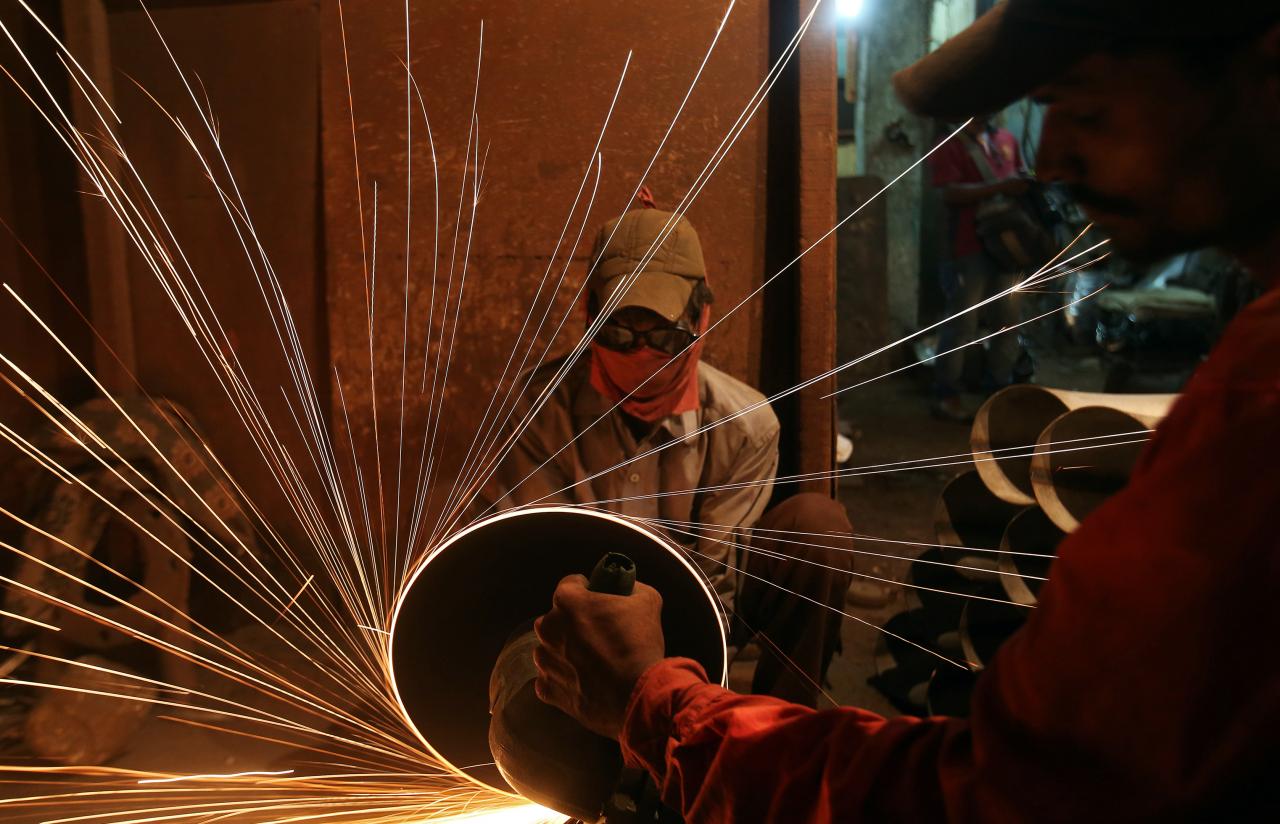 The Economic Survey waxes eloquent on environmentally sustainable development, yet India ranks no. 1 in pollution-related deaths in the world, with 2.51 million such deaths in 2015, the Lancet Commission on pollution and health found. In the use of solar power, India not only lags far behind China, but also countries like Turkey and Brazil. The same goes for wind power, where India is ranked fourth after China, United States and Germany. Moreover, there is enormous wastage of renewable energy in the transmission process.

Coming to the external sector, the Economic Survey expresses justified  jubilation that after a turmoil of two years the country – in the most recent year – witnessed booming exports at the rate of 18.3% on a year-on-year basis. Despite the good performance of agriculture because of good monsoons rather than a high rate of gross capital formation in the sector, which has been hovering around 13-16% of gross value added in agriculture, farmers continue to commit suicide in states like West Bengal, Maharashtra,  Madhya Pradesh, and Chhattisgarh. According to official statistics, between 2014 and 2015, farmer suicides jumped by 40% from 5650 to over 8000. This is almost certainly an underestimate, because according to the official crime records bureau there were no farmer suicides in West Bengal in 2014 and 2015 whereas there have been regular newspaper reports of suicides of paddy and potato farmers in that state. Fearing negative publicity, the authorities of practically all states suppress information regarding farmer suicides.

Moreover, the poverty rate still remains within a band of 30-40%, according to different methodologies adopted by different experts. There has also been a steady decline in the calorie intake of the bottom 80% of the population. Using a nutrition-based poverty estimate, the proportion of people below poverty line can go as high up as 80%. This is also consistent with other available figures of persistent hunger and malnutrition. What drives such an outcome is the escalating inequality in Indian society. While 80% of Indians earn less than $2 a day, Forbes India estimated the wealth of India’s richest man as $23.2 billion in 2016. According to an Oxfam estimate, the richest 1% of Indians own 58.4% of the wealth of the country. According to the IMF, the Gini coefficient, admittedly an underestimate of income inequality, increased steadily from 45 to 51 between 1990 and 2013.

I had started by saying, ‘Poor Arvind Subramanian’. I should really say, ‘Poor economists’, because the Economic Survey has been written by a highly competent team of economists led by Subramanian. After giving a highly detailed account of the Indian economy, concealing a few of its warts, but giving an overly optimistic picture of the impact of the government’s policies, they come to the crux of the matter in the very last chapter of the survey, ‘Social infrastructure, employment and human development’. 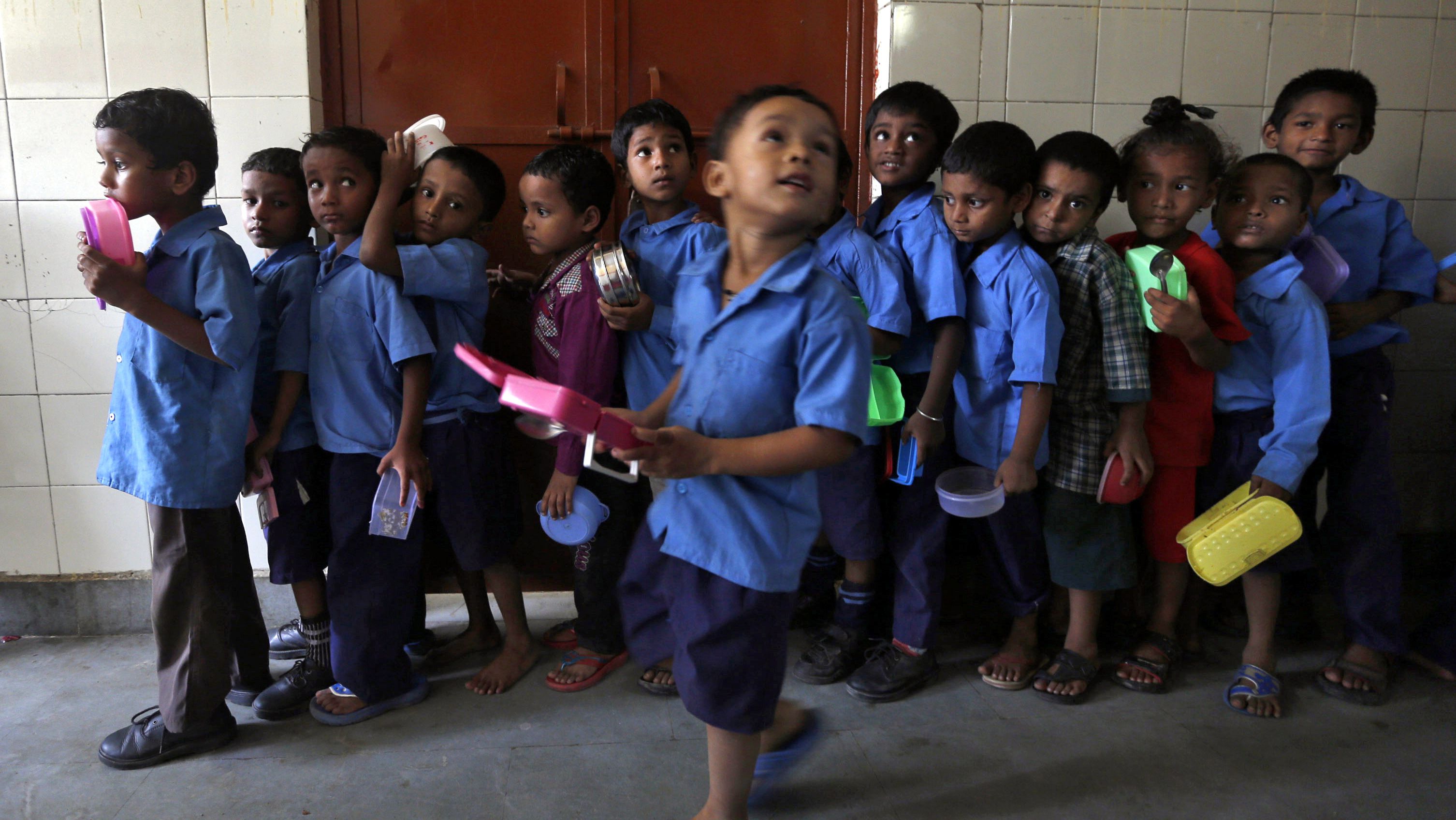 School boys carry their tiffin boxes as they wait to receive their mid-day meal. Credit: Reuters

There they have to concede that ‘Despite a significant improvement in HDI score over the years, India’s rank in Human Development Index (HDI) at 131 out of 188 countries as per HDR, 2016, leaves much to be desired. On the Global Hunger Index (GHI) 2016, India ranks 97 out of 118 developing countries with prevalence of stunting among children aged below 5 years at around 39%, a serious cause of concern. In this scenario, India requires effective investments in social infrastructure in order to achieve the Sustainable Development Goals (SDGs)’. Even Bangladesh, a much poorer nation has moved up just next to India with rank 130, and if recent trends persist it is likely it is likely to surpass India in the near future as it has done in lowering the infant mortality rate.

The survey’s brave talk of increasing the allocation of expenditure for education is belied by the fact that the Tapas Majumdar norm of 6% of GDP to be spent, is not there even in the long-term vision of the Modi government. It has slashed the budgetary allocation for the UGC by a massive 55% so that body is compelled to cut down drastically its grants to already cash-starved public universities. Pursuing the goal of creating so-called ‘world-class universities; rather than improving the existing ones by giving them more grants and reforming the regulatory framework, the government has floated the even more bizarre idea of organising a tournament of all universities out of which 20 public universities and 10 private universities will be chosen for special subvention.

The rampant privatisation of all teaching institutions, including medical colleges, has already adversely affected health care access for the vast majority of Indians. You cannot expect a student, who has had to fork out Rs 1 crore and more, to go and serve in a rural hospital, or a hospital that caters mainly to poor people. Moreover, this is being played out against the background of the fact that the government, instead of targeting the minimum of 3% on public healthcare, has cut down the real expenditure on nutrition for children, lactating mothers and public hospitals.

The only remedy is to use the available slack in the Indian economy to double the present budgetary expenditure, take away the numerous tax breaks for the rich, such as the abolition of long-term capital gains tax, and use the augmented resources for much larger allocations for ICDS programmes, for public healthcare through public health centres and public hospitals. The government also needs to raise allocations for primary, secondary, college and university education of all varieties from engineering, medical education, education in the humanities and research bodies. These steps will stimulate genuine innovativeness that will feed into the manufacturing and services sector, and expose Indians to their real multi-cultural heritage, rather than the false history propagated by people associated with the Hindutva view of history. But will the Modi government heed this advice?