Subhash Chandra Garg abruptly asked for voluntary retirement from the IAS after being shunted out of the finance ministry in 2019. 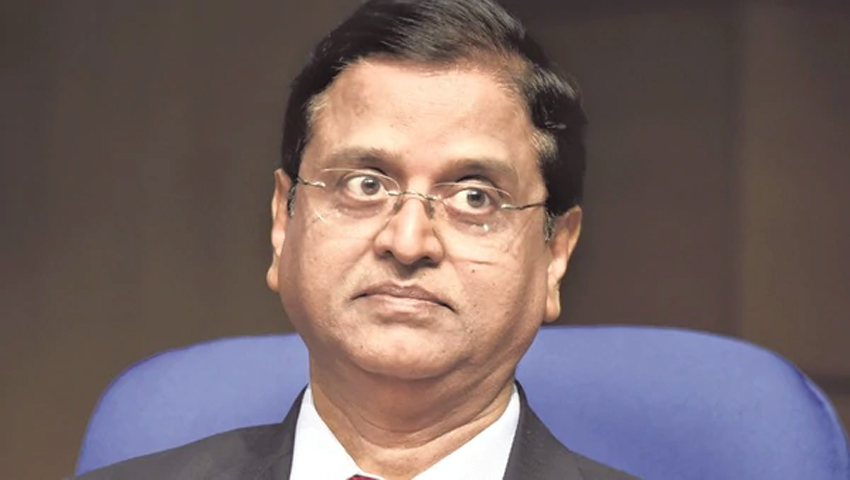 New Delhi: The Narendra Modi government’s tax collections are like to fall short of its estimate by Rs 2.5 lakh crore or 1.2% of GDP in 2019-20, former finance secretary Subhash Chandra Garg said on Sunday evening.

Garg, who abruptly asked for voluntary retirement from the IAS after being shunted out of the finance ministry in 2019, has said on his personal blog that from a tax revenues perspective, 2019-20 is proving to be a dysfunctional year.

The former bureaucrat has also called for a scrapping of the dividend distribution tax (DDT).

Tax revenues to see shortfall of 2.5 trillion (1.2% of GDP). Time to junk DDT and reform personal income tax. GST rollout needs to be completed in 20-21. With the piece on non-tax revenues earlier, this completes my assessment of GOI revenues. Read at … https://t.co/HPDt7Sdzqd

“Setting aside Rs 8.09 trillion as the share of the states, the budgeted net tax revenues to the Centre was kept at Rs 16.50 trillion. This was Rs 3.13 trillion higher than the provisional/actual net tax revenues of Rs 13.37 trillion collected in 2018-19, an increase of 23.4%.

“Indeed, it was quite a steep target,” Garg noted.

Garg’s blogpost is unique because as finance secretary, he would have helped creating those very same targets.

Also read: Will 2020 Be a Make-or-Break Year for Some of India’s Prominent Unicorns?

The former bureaucrat also said that corporate tax, excise duties and customs are likely to see negative growth in collections in 2019-20 – something of the order of 8% per cent in corporate taxes, about 5% negative growth in excise duties (Rs 2.2 trillion against Rs 2.31 trillion) and about 10% lower collection in customs duty (Rs 1.06 trillion against Rs 1.18 trillion).

Garg pointed out that overall, there is likely to be shortfall of Rs. 3.5 – 3.75 trillion in gross tax collections of the Centre.

Noting that this is quite a steep shortfall in collections, unlikely to be bridged by either higher accrual under the non-tax revenues or expenditure compression, he said, “Therefore, revision of fiscal deficit goal of 3.3% by 0.5% to 0.7% appears quite inevitable.” The underlying tax revenue situation is grim, he said adding that it is the right time to initiate much needed reforms in the taxation structure.