The market is displaying fatigue. Things are no longer moving in one direction, and all stocks are not rising together. A man looks at a screen displaying news of markets update inside the Bombay Stock Exchange (BSE) building in Mumbai. Photo: Reuters/Danish Siddiqui/File

The “Black Friday” pun played itself out several times through the trading day today as stocks across the board saw selling and key Indian stock market indices lost close to 3%.

While this isn’t a huge cut in itself – especially for a market that’s up nearly 20% this year – November has displayed nervousness. For the month, the Sensex and Nifty are now down close to 7% apiece.

Some other key red flags pop up – particularly volatility and volume. In just one trading session, the India VIX or volatility index shot up over 17% and many marquee stocks like ITC, L&T and Tata Steel saw selling pressure on higher volumes.

There can be infinite pieces of data sliced to reach the same conclusion – the market is displaying fatigue. Things are no longer moving in one direction, and all stocks are not rising together. Several theories have been advanced to explain this change of mood but here are the three most important ones to my mind.

We’re (still) in this together

Financial markets across the world seem rattled by the emergence of a new coronavirus variant identified. All of Asia closed with cuts of over 2%, Europe was faring worse in trade.

Scientists believe that the variant, called B.1.1.529, contains an “extremely high number” of mutations, which could help it evade the body’s immune response. It has led to a barrage of travel restrictions and renewed concerns around the economic impact a fresh wave of infections may bring.

It is being argued that Indian markets held strong even as our own country was being lashed by a second wave through March and April this year but there’s a difference. India was alone in its health crisis and the mood in financial markets was still ‘risk-on’. In fact, this year has been all systems go for stocks. Was the market overheated? Most definitely. Did the rise in several stocks belie logic? Absolutely. So whether you put it down to a new COVID-19 strain or any other reason, fat shedding has been the call of the hour.

A look at the way money has moved this month will be a clear enough indicator that conviction is not running strong. Through November, foreign institutional investors (FIIs) have sold over Rs 25,338.63 crore, with most days registering more selling than buying. In contrast, domestic institutional investors (DIIs) have been buying stocks. They have net bought Rs 18,304.52 crore this month and it is clearly not enough to soak up the selling pressure from foreign funds.

If the mood across global equities turns increasingly sour, markets like India that have been fed on a generous diet of fund flows will see some serious course correction. In the past, both corrections and tight liquidity have been short spell events so one hesitates to say ‘this time it’s different’. But my sense is, we will now become increasingly intertwined with the moves and moods of the global screen. Eyes on the screen, eyes on the money. 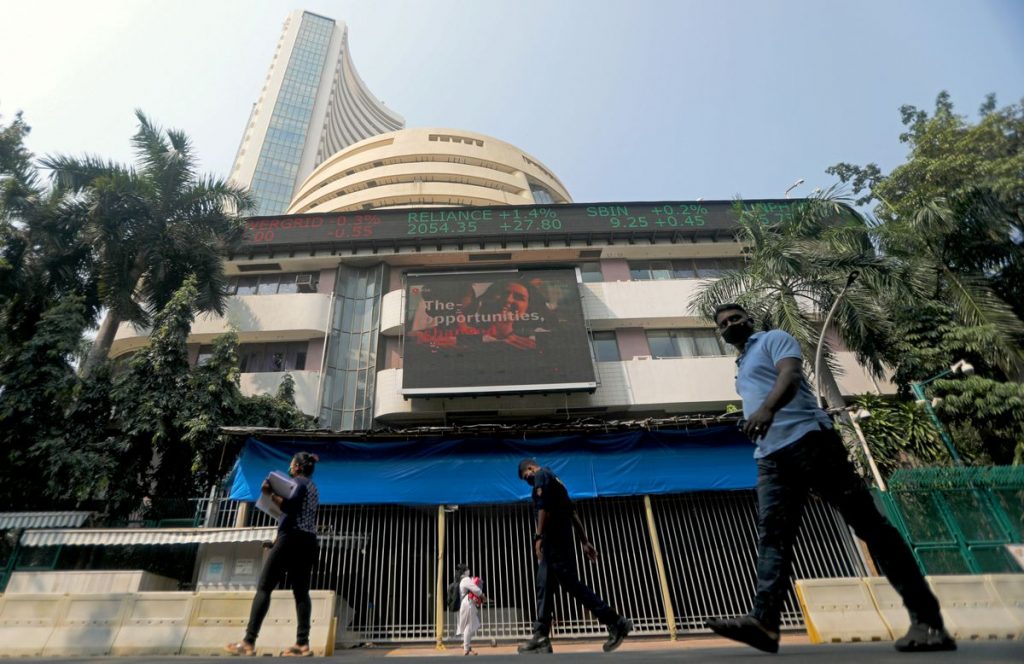 Never the sexiest argument to bring to the table while discussing financial markets, however, inflation is now a problem – and not just for Central banks.

Last week, US government figures revealed headline inflation hit 6.2%, the highest rate in 30 years. Some of their problems are similar to ours, some are different; increasing energy costs, stretched supply chains not yet fully recovered from COVID-19, and increasing salaries due to worker shortages, it is all weighing down on the consumer. The Federal Reserve maintains that the causes of this high inflation are transitory. In other words, inflation should gradually reduce as the world recovers from the pandemic and supply catches up with demand. Much like what our own Reserve Bank has been saying.

But one look at rising food and cooking fuel prices in India will tell you that political pressure is going to build in all geographies for governments to do something proactive about it. Rising inflation rates mean Central banks are pushed against the wall to do more on central rates and if the mother of them all, the Fed decides to blink, a somewhat piecemeal fall in markets may snowball into something much larger.

It is also a ticking time bomb for companies that have so far been reporting stellar quarterly earnings. This quarter betrayed some of the margin pressure from high inflation, which could get worse.

I’ve been watching the banks for some days now. I believe they have always been lead indicators of how the market is feeling and are a guiding light on which way the dial moves. The Bankex is down over 12% in one month. And it’s not just PSU banks to blame. HDFC Bank is down over 9% this month, ICICI Bank is down over 13%. Either the market senses there is a storm approaching for the financials by way of bad loans or institutions are reducing their holdings on what has been a preferred space and buy. Either way, not a great sign. No surprise then that the Bank Nifty outperformed on the way down today, losing a hefty 3.58%.

The week may well be about all the drama the crypto world witnessed, but both markets (crypto and equities) seem to have a committed and generally optimistic set of participants. On Friday, as stocks sold off, many talked about getting a shopping list ready and buying shares on dips. To be sure, buying opportunities have been few and far between in this market that’s been going from strength to strength. My advice is this – keep your list short. I believe stocks, within sectors and across them will begin to show more and divergence in their performance. It’s time to be thorough with your homework and your list; pick stocks and companies that have a genuine story going for them, not just trading momentum.

Every trader worth his or her salt knows the truism of year-end selling by foreign institutions. The difference this time will be if a major turn in flows is perpetuated by panic rather than profit booking. The Sensex and Nifty closed at the lowest point of the day in trade today. It also registered its worst weekly losses since January. There is turbulence on the screen. Brace for impact.