Concerning structural trends among the self-employed, gender disparity in employment and severe sampling flaws with the quarterly employment surveys should be tackled head-on and not ignored. 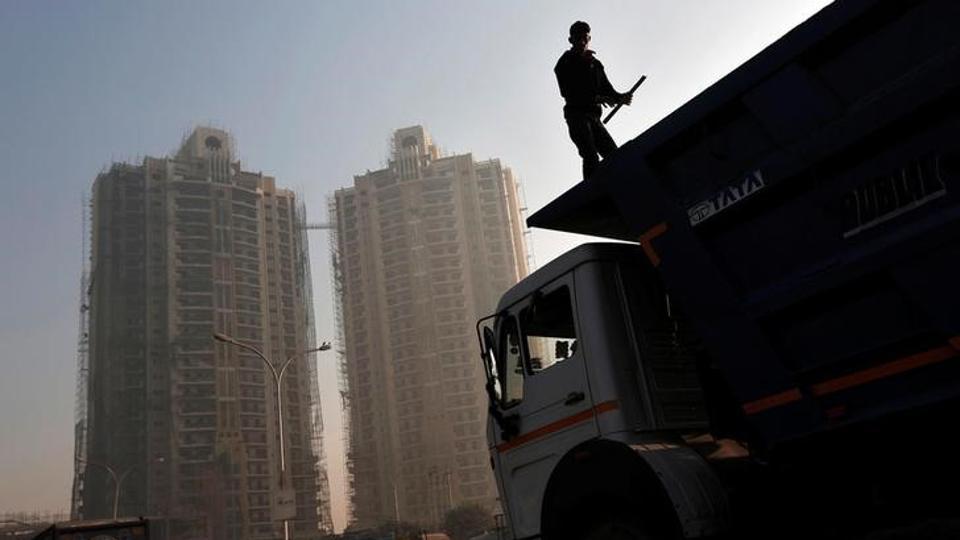 If we believe India’s economic growth numbers are for real, the economy over the last three years has seen incredible economic growth and macroeconomic expansion. Trade exports have risen, volume of foreign direct investment has increased, inflation levels have stabilised and the rupee has strengthened. All this while, indices for base year growth accounting indicators have craftily been revised and upgraded to enhance better comparative performance.

One major indicator, however, accounts for the real state of the Indian people’s economic progress and nullifies most of the above “India Shining” projection. This is the data on employment available for various sectors in the country. If we carefully observe some of the key patterns in our employment data, we see the Indian economy perpetuating itself into a long-term phase of joblessness.

In India, growth over the last few decades surfaced from a service sector-led expansion (post the 1991 liberalisation package), where both employment and wages saw a rise. While service sector-led growth contributed greatly to soaring GDP levels, it still employs less than 30% of the total Indian population. The source of most employment for Indian people still lies in the agriculture sector, which employs almost 45% of the Indian population (with a 15% contribution to GDP). These are known facts.

Labour-intensive manufacturing base has not quite been the engine of growth for India, as it has been in China. One could argue, as Sheba Tejani has in her research that exogenous changes seen in employment patterns, driven by international competition and a move to adapt capital-intensive technology in areas of manufacturing and agri-business segments, worsened the employment pattern and elasticity levels.

The nature of Indian manufacturing (particularly in heavy-industrial base in steel, cement etc.) right from early 2000s moved towards capital-intensive methods to expand production and productivity levels. As a result, it primarily absorbed only skilled people in the labor force. So, while economic growth and production output increased, employment levels did not. The labour intensity of MSME (medium small-manufacturing enterprises) is almost four times high but their growth potential has been limited with poor investments, worsening credit credibility and lack of aggregate demand for their products. A job-creating industry such as food processing, for example, has remain grossly under-invested.

Further, a persistent lack of willingness of the Indian state to demonstrate timely introduction of labor reforms to increase wage incentives; create incentives for employers to hire more people across sectors; and with review existing impact of acts such as the Industrial Disputes Act (which, as per a World Bank study lowered employment in organised manufacturing by 25%), add to the joblessness misery. Existing government programs (including new programs like Skill India, Start-Up India, Make in India) may have marginally added few jobs to the overall demand-supply gap in selected organised sectors of employment, but none of them structurally address problems of prolonging joblessness within rural and urban areas.

Arguments for amending existing labor laws or initiating new labor reforms is just one step in the need for collective state action. As a long term measure, there is need to boost entrepreneurial instincts within the young demographic base and substantially invest in human capital via education along with other knowledge development incentives. If we look at the sector wise percentage distribution aggregated between self-employed people and those employed (by existing organisations), the overall % of self-employed people across sectors remains quite dismal. The table below illustrates this.

There is a huge gap between the self-employed and those employed in the formal economy and a similar trend will only worsen the state of joblessness. More prosperous societies like Germany, Sweden, Norway etc. realised this limitation early enough and involved state intervention in form of higher investments in education (as a variable in human capital) linked with industrial demand over the long term, while allowing their employment base to expand with development of entrepreneurial capabilities and job opportunities amongst its people. This was complimented with procedural ease in setting up enterprises within organised sectors.

Another vital area of policy intervention warranting the Indian state’s action is the exacerbating gender-gap divide in the labour force participation rate and in the country’s sector-wise employment pattern (reflected in the chart below). From the data on organised sector-wise employment, greater gender disparity can be seen in the sectors of transport, manufacturing, construction, trade etc. This sector-wise data of course excludes the enormous informal labor force base present in these sectors.

One critical issue that often gets passed over in most analysis reflecting real employment situation at a sector-wise scale is with respect to the method used in analysing the employment data itself. Usually, considering the scale of the country, most analysis in India involves a sampling or survey method of research in capturing trends for most socio-economic indicators, on the ground.

In case of employment, if we see Table 1 and Figure 3 below, the total number of samples assigned to each sector remain significantly low and unfairly distributed between the public and private sector. The range of samples in each sector needs a substantial bump up to capture where there is more under-employment or unemployment in a particular sector and what are the intra-sector level employment scenarios?

Also, most samples under study on employment tends to capture the scenario evident in the private sector (87.13%), whereas only 12.87% sample weightage is assigned to the public sector (i.e. government/public sector undertaking).

This can be considered as an unfair distribution in the sampling method process. After all, the final employment situation may correlate directly with the performance of the private sector (under various sector overheads), while the public sector including the government and public sector undertakings may eventually represent or have a significantly high weightage on the actual employment situation.

Suggesting policy prescriptions in addressing employment woes and sector-wide joblessness warrants collective state action in multiple areas. The visible hand of the state is critical in understanding both the need of the employer segment (to gauge demand) and the need to assess existing human capabilities (for supply side purpose) to bridge the demand-supply gap.

Any market scenario or government intervention that increases the overall cost of production for employers or results in a lower profit-maximisation level will impact the existing employment landscape and the overall job process. The current scenario of the information technology sector in India is only a case in point in this regard, where stagnating economic performance of IT companies over the last few years indicate troubled times ahead and will further impact the skilled job market scenario to deepen the vicious circle of joblessness.