India Must Tweak its PPP Model if Infra Funding Gap is to be Filled: ADBI Chief

In an interview with The Wire, Naoyuki Yoshino says that the government could consider sharing additional tax revenues with private partners. 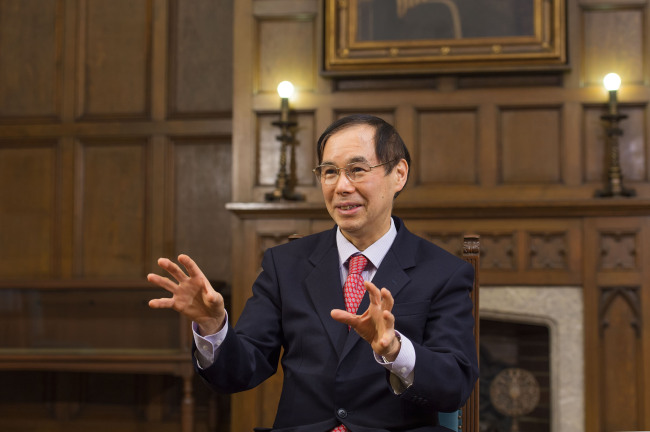 New Delhi: India’s long-term infrastructure problem is clear. The country needs Rs 50 lakh crore investment by 2022 if it wants to sustain its long-term economic growth, but it’s unclear where this money will come from.

The Centre can’t mobilise the necessary financial  resources and private investors have turned cautious after burning their fingers in infrastructure projects across the country.

The public private partnership (PPP) model that the Modi government was banking on to address India’s infrastructural deficit has not worked as per expectations, say analysts and economists The Wire spoke to. The return on infrastructure investment has not been attractive enough for private players, considering risks involved.

So, what can be done to adequately incentivise private investors for putting their money in infrastructure projects?

Yoshino, on a recent visit to India, elaborated on his proposed model in an interview to The Wire, pitching it as the “ultimate solution” to India’s vast infrastructural financing requirement.

The basic problem, Yoshino says, is that in India, private players are not eager to develop infrastructure project as they involve political and operational risks while the rate of return is low as user charges are the only source of revenue.

“So, the challenge is to increase rate of return without increasing user charges,” he further said.

Giving an example to make his point, Yoshino said, “When water supply comes to an area, an apartment, a commercial building can be built there, which is likely to lead to opening of restaurants and other private businesses.”

That increases valuation of properties in the area, leading to additional revenue on account of property tax for the government, he said.

Sales and corporate tax revenues also go up due to increased economic activity in the area, the ADBI dean argued.

In the past, entire additional tax revenues went to the government. So, governments benefited but investors did not get anything out of additional revenues generated by infrastructure development, he said.

The ADBI CEO said that if the government shares 50% of additional tax revenues with private infrastructure developers, latter’s rate of return will go up significantly. That will encourage private players to invest in infrastructure projects, bridging the projected financing gap.

Thus, more infra will be built in that area, he added.

In Japan, owners lease, not sell, their land,  for infra and commercial projects, which makes it easier for developers to acquire land and implement projects on time, avoiding cost escalation, he said.

In return, land-owners get rent over the lease period or a share in profits, which becomes a steady source of income for their families, Yoshino said.