While automobile associations believe that the demand dip is “temporary”, recommendations such as entering a “cost regulation mode” have been issued. 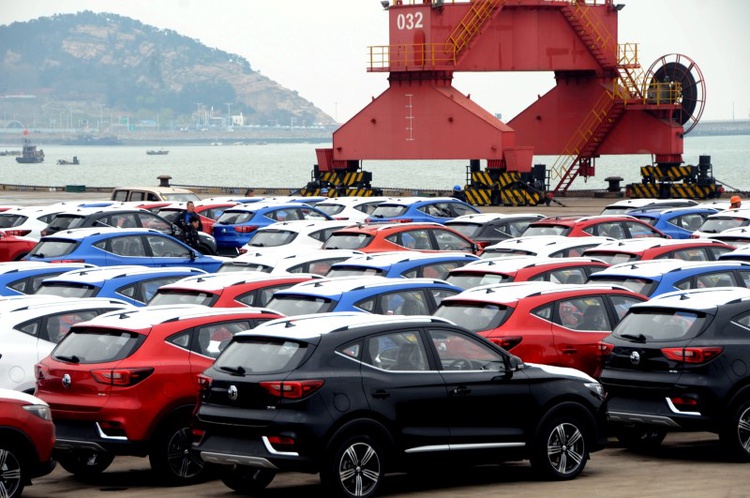 New Delhi: Passenger vehicle sales in April 2019 recorded their worst monthly fall in almost eight years, according to data put out by the Society of Indian Automobile Manufacturers (SIAM) on Monday.

According to SIAM data, two-wheeler sales also dropped by a little over 16% to about 1.6 million vehicles.

India’s biggest automaker Maruti Suzuki last month said that it had sold 4,58,479 vehicles in the three months ended March 31, down 0.7% year-on-year, and forecast a weak rate of growth for the current fiscal year.

Earlier this month, in anticipation of muted industry growth in April, Maruti chairman R.C. Bhargava pointed out that sales volumes in March 2018 had been high and that a base effect was at work.

“In March 2018, sales volumes were high. That the base effect accentuated the fall is reflected in the industry. That said, for some unknown reasons, customers are putting off their purchases during the election which has hit retail demand. I do not expect demand to pick up in the first quarter,” he said.

The official figures for April 2019 were effectively forecast earlier this month, when top auto-makers individually released data that showed a fall in sales.

Also Read: Can India Become the Next China for Carmakers?

Nevertheless, the auto industry has had it rough in recent times. Earlier this year, in February 2019, the Federation of Automobile Dealers Associations (FADA) said that passenger and commercial vehicle dealers across the country are dealing with a level of inventory that has reached “alarming proportions”.

According to FADA, weakening consumer sentiment, harsher financing conditions and a demand slowdown have led to a pile-up of inventory in both automobiles and motorbikes.

In some regions of the country, for some dealers, the inventory has “breached the unheard level of 100 days of stock as per today’s retail situation”.

“Indian auto sales are experiencing a prolonged slowdown as its already seen 6 months of slowing sales and growth reversal and positive triggers in the near term appear few. Starting with the huge hike in insurance costs in September, we have seen a lot of negative factors come together in the past few months, leading to major postponement in purchase decisions and overall weakening of consumer sentiment,” Ashish Harsharaj Kale, FADA president, said in a statement at the time.

“After a month of spike in PV sales in January which was largely due to year end stock clearance getting extended and few new launches which generated some excitement, the industry is once again witnessing downward trend as February turned out to be one of the slowest month for Auto Retails during this financial year,” Kale added.

FADA’s assessment was based on the latest monthly vehicle registration data, sourced from the transport ministry, and a survey of association members.

While the association believes that the demand dip is “temporary”, it also puts out a set of recommendations for the entire auto ecosystem which include entering “cost regulation mode” and asking manufacturers to “recalibrate their production”.

“Dealers would be urgently looking to reduce their inventory in the months of March and April Given the current environment, FADA urges our OEMs to take a realistic stock of the current retail situation and recalibrate their production to regulate dealer Invoicing in these two months to facilitate return to stock normalcy for dealerships to maintain a sustainable business environment till the industry again hits the high growth trajectory,” the association had said then.