The India Exclusion Report 2016 provides a bleak picture of the government's schemes and programmes that are meant to make basic amenities and rights available to everyone. 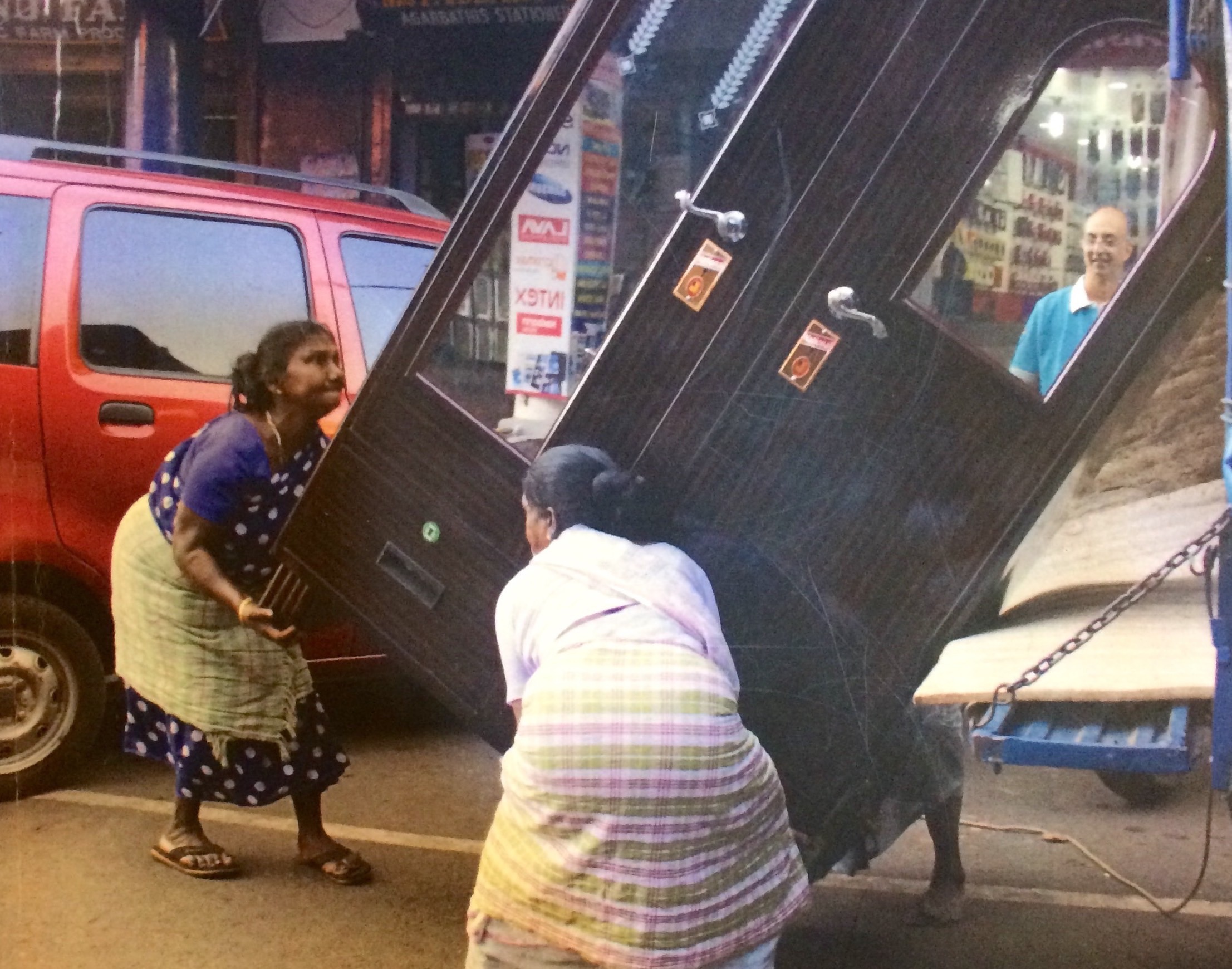 The India Exclusion Report 2016, published by Arpita Dad for YODA Press, takes an in-depth look at various marginalised communities in India and the reasons behind their exclusion from government and social security schemes. 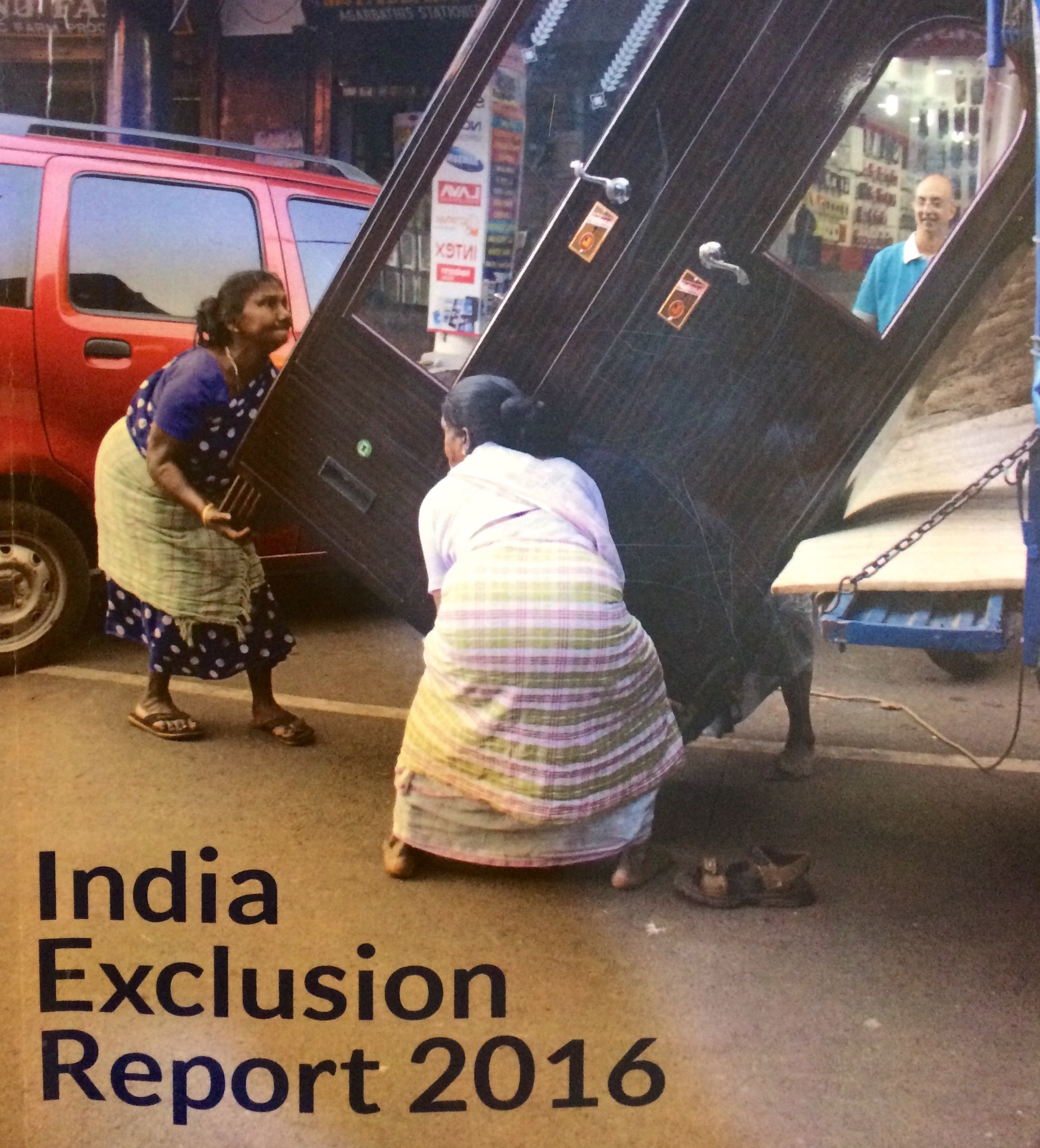 Despite the hype and hoopla around the Narendra Modi government’s ambitious Digital India (DI) plan, the findings of India Exclusion Report, which was released by Centre for Equity Studies on May 12, shows that much of what was promised in the 2014 plan has not been delivered.

Building on the National e-Governance Plan launched in 2005, the aim of the DI plan is to improve access to technology for individuals across the country. The government’s plan was to use the National Optic Fibre Network (NOFN) and provide broadband connectivity through optical fibre to 2,50,000 gram panchayats. The initial timeline showed that that 1,00,000 gram panchayats would be covered by March 2014, another 1,00,000 by March 2015 and 50,000 more in the last phase by September 2015.

However, when subjected to a scrutiny, the IER report found the government has no coherent plan to implement this plan. According to the IER, not only have there been repeated extensions of the timeline that the NOFN was given, but also only an abysmal 37% of the total optic fibre planned has been laid. Moreover, of the gram panchayats connected to NOFN, only 13% have internet access, which is only 6% of the total number that was proposed for phase I.

Further, for a country that has, by its own estimates, 25.7% people living below the poverty line in rural areas and 13.7% in urban areas, the cost of access to internet is a little too much for at least 1.063 billion people out of an estimated 1.3 billion Indians.

The IER refers to the Ericsson Consumer Lab Report (2015), which found that 88% of Indian consumers thought that mobile 2G was too expensive (although telecom players are of the view that mobile data services in India as one of the cheapest in the world, it remains unaffordable for most Indians) thereby hindering their access to internet services.

Indian telecom operators claim that they already run at a loss of 11%, but the State of Connectivity Report, 2015, quoted in the IER, finds that if the prices were to fall by 66%, then four out of five Indians would be able to afford it. A data plan that currently costs Rs 100 must be reduced to Rs 34 to make it affordable for 80% of India’s population, the report says.

Given the losses quoted by telecom operators and government’s ambitious plans to provide last mile connectivity, DI’s vision has hit a roadblock.

India has constantly been plagued by poor IT infrastructure, rough terrain, low connectivity, lack of effective governance and so on, problems that have caused delays in the rollout of the DI plan as well. Despite government’s impetus on DI plan, the IER makes it clear why digitising may remain a distant dream in near future.

What is the IER?

The IER is an annual report is the outcome of a number of scholars and policy analysts putting their heads together to examine the record of the government of India in ensuring inclusion – with regard to a number of government services – to a large mass of deprived peoples. It discusses, in terms of public goods, four essential aspects to living with dignity – pensions, legal justice, access to agricultural land and access to the digital medium. It scrutinises the exclusion of various communities from these and documents the socio-economic reasons behind it, while viewing it as the government’s duty to provide equitable and universal access to these public goods for all citizens.

In its third edition, IER, apart from documenting digital exclusion, also studies how marginalised communities face discrimination and exclusion in government schemes like National Old Age Pension System, the Atal Yojna Pension and so on.

The report profiles a number of vulnerable communities who have faced historical discrimination such as manual scavengers, the rural poor, urban street children and the homeless community of Delhi. The IER not only discusses the condition of these communities but also engages with some individuals from each of these groups.

One of the vulnerable communities thus discussed is manual scavengers. The report states that despite the passing of the Employment of Manual Scavengers and Construction of Dry Latrines (Prohibition) Act in 1993, very little has been done with regards to its implementation. According to IER, not only did the Act – which abolished the practice of manual scavenging making even voluntary employment punishable – take over a decade to be passed, but it took more than four more years to be notified. Moreover, the government has chosen to turn a blind eye to the fact that the practice continues regardless of the prohibition and has taken no steps to ensure rehabilitation of the workers, who suffer from various ailments and die while carrying out this work. Instead, the government has come up with a new terminology – insanitary latrines – to avert attention from the issue and now portrays data that marks “a deliberate attempt to shift focus away from dry latrines and manual scavengers”.

This information contrasts starkly with the government’s loud claims about the Swacch Bharat Abhiyan, which promises an open-defecation free India as well as construction of individual toilets. Modi’s pet project that had him come out into the streets and sweep them may claim to be a nationwide cleanliness and sanitation drive that is constructing new toilets, but most of the population continues to have pit latrines and toilets with poor sanitation. It is the government’s responsibility to construct toilets that are provided with sanitary waste disposal systems, instead of building more of those that will require manual scavengers, while conveniently sidestepping the Prohibition Act.

The IER points out that there is strong evidence of a bias in the judicial system against SCs, STs, Muslims and the poor. Data from the National Crime Records Bureau show that 65.56% of all under-trial prisoners (UTPs) hail from SC, ST or OBC backgrounds, while 20.94% are Muslim. A Centre for Equity Studies (CES) survey of UTPs in Uttar Pradesh found that poverty and illiteracy tended to be connected to perceptions of criminality.

The findings of the report suggest that minorities, Dalits and Adivasis have reduced likelihood to get justice. The police record, according to CES, shows that caste and religion of the arrested people influence justice mechanisms. For instance, the excluded groups have reduced likelihood of getting out on bail. Persons arrested from these groups are also not informed about their charges and bail rights. Moreover, CES found that police have admitted to falsely charging members of these groups with possession of unlawful materials like guns, drugs and beef.

The denial of legal justice and the right to bail while in prison often have far-reaching effects and result in perpetuating cycles of poverty as well as widening inequality. These are classes and castes that have faced historical marginalisation and exclusion from legal justice. Despite the government’s sabka saath sabka vikaas slogan, the report says that these groups continue to be excluded.

Moreover, the report says that compared to the previous Congress-led governments, the Modi government has barely shown any improvement if exclusions of various historically-marginalised communities in availing of social sector schemes are analysed.

The IER quotes studies which have found that nearly 70% of households depending on agrarian labour for their livelihood do not hold BPL cards. Sixty percent of Dalit households are excluded from BPL benefits at an all-India level. The poverty line is widely understood as a ill-equipped benchmark to measure the extreme experiences of poverty in India.

Yet, the National Old Age Pension System (NOAPS), as was during the previous governments, continues to be restricted to individuals from officially classified BPL households who are included in BPL lists. However, these lists of BPL households are never exhaustive and exclude more than they include, the IER says.

Further, the IER finds that at present, only 15% of the labour force has any formal arrangement with their employers with regard to pension and social security provisions. The report also criticises the Atal Pension Yojana, saying the monthly contributions are too high for any daily-wage labourer to afford.

Since there is no legal obligation for the government to provide pensions to the elderly, it has failed miserably in this regard too. The CES study found that only about 40% of the people started receiving their pensions within the mandated period of three months after application under the NOAPS, while in Gujarat, only 25% did so. In even worse examples of bureaucratic negligence, the BJP-led Rajasthan government cancelled 0.7 million pensions and stopped 0.3 million pensions after (wrongly) finding reasons such as death, duplication of accounts, etc.

In what is one of the starkest findings of the report, minorities, Dalits, Adivasis and landless peasants have had to pay maximum cost in order to facilitate the government to carry out its “developmental activity” in the last three years.

The report says that while laws in place protect tribal communities and ensure some degree of land ownership, a stronger threat to them is land acquisitions for the purposes of developmental activity. The IER quotes Ministry of Tribal Affairs data, which shows that tribals constitute almost 40% of people displaced in India due to developmental activities.

The report also says that while developmental activities promise economic growth, the immediate effect of private sector-led development – which requires large-scale land acquisition or replacement of traditional regional economies of an area with a new industrial model – on excluded communities has been disastrous and render them additionally vulnerable to market pressures.

IER presents data that shows that 57.3% of Dalits, 52.6% of Muslims and 56.8% of women-headed households remain landless.

Further, 58% of the land that Dalits possess has no irrigation facility and is very poor in quality. Almost 94% of rural households are either landless or marginal or small famers and even among them, Dalits, Muslims and women have the smallest holdings.

This chronic landlessness and poor distribution of land, coupled with continued exploitation, has led to “endemic and chronic poverty” and peasants are eventually forced take up other kinds of labour which do not pay well and in which they are forced to migrate.

Speaking to The Wire, Harsh Mander, director of CES, said, “In the times that we’re living, it is important to have strong evidence based information about what is happening to people in the margins as a consequence of public policy and its implementation”. According to him, the aim of the IES is to present a “report card to policy makers and to government” and also serve the larger purpose of informing the public.

It remains to be seen whether the government turns a blind eye to the findings of the report or sits up and addresses the crucial concerns.