Raghuram Rajan, the-then outgoing Governor of the Reserve Bank of India, in an exit interview he granted to Karan Thapar (‘To The Point’, YouTube, September 2, 2016), took satisfaction from the fact that India was “on a more sustainable growth path”.

The remark turned out to be premature. Less than two years later, starting the first quarter of FY 18/19, ominous signs of weaknesses started to emerge. GDP growth, which has been sliding continuously over six quarters, reached 4.5% per annum in the second quarter of FY 19/20. The slide may not be over yet.

If engineers inspecting a bridge find serious structural weaknesses, they can only conclude that the bridge is unsafe. But, their science cannot predict when the bridge will come down. Similarly, a detailed analysis of structural economic weaknesses cannot predict the timing of the next slump. Economists can at best be faulted for not being cognizant enough of the risks to the sustainability of growth.

The euphoria about India’s prospects following the economic reforms of 1991 is understandable. After all, growth had averaged just about 3.5% per annum in the pre-reform period. Moreover, the economy’s performance was more volatile with brief spurts in growth punctuated by painful crashes. The opening up of the economy through less state intervention not only ratcheted growth upwards to about 7% per annum on average, they came with far less volatility.

Also read: ‘Why Let a Good Crisis Go to Waste?’: What India Needs to Remember to Overcome its Economic Slump

According to the United Nations Development Programme (UNDP), some 271 million Indians were lifted out of poverty between 2005/06 and 2016/17. Reports issued by various large US multinational companies like Cisco, Citi and PwC held out the possibility that India would become the second-largest economy in the world after China and possibly an advanced country by 2050. The findings were reported by several major international and Indian newspapers.

Laudable as those achievements were, growth was not inclusive. While the top 1% of earners walked away with 22% of national income, the top 10% accounted for a whopping 56%. Had growth been inclusive, the resulting rise in incomes and opportunities would have been equitably shared by all income groups sharply reducing inequality over time. It is not surprising why attaining inclusive growth is far more difficult than boosting growth rates themselves.

Why India’s growth story is not sustainable

In a recent article (Why Let a Good Crisis Go to Waste? What India Needs to Remember to Overcome its Economic Slump, The Wire, November 20, 2019), I pointed out that corruption and poor governance have not only spawned rising income inequality but a host of other economic maladies as well. I was not trying to explain the downturn in terms of some recent developments like the collapse in consumption. Rather, I was referring to the structural weaknesses in the Indian economy as the genesis of India’s current economic predicament.

While it is possible for highly corrupt countries to register impressive rates of growth for a few years, widespread and entrenched corruption will thwart the sustainability of growth. Studies by the IMF and other international organisations point out a number of serious consequences of corruption.

First, corruption reduces the rate of growth. As a result, poverty in India could have been reduced at a faster pace were it not for corruption. The United Nations, based on data produced by the World Economic Forum, noted that the worldwide cost of corruption is at least 5% of global GDP.

Second, as I noted earlier, weakly governed countries tend to invest far less in health and education than strongly-governed ones. Thus, when growth takes place, only the elites can take advantage of the expanded opportunities whereas the vast majority cannot qualify for well-paid jobs in the organised sector. They are left with little alternative but to eke out a living working in low-skill jobs in the informal sector. In short, countries with endemic corruption also tend to be highly unequal.

In fact, income inequality based on officially reported incomes collected through household income surveys significantly understate actual inequality. This is because the upper income groups, who are the main drivers of black money incomes and assets, understate their incomes in household surveys conducted by the government. If reported incomes were to include black money incomes generated from domestic and foreign assets, actual inequality would be worse than calculated inequality based on official income data. 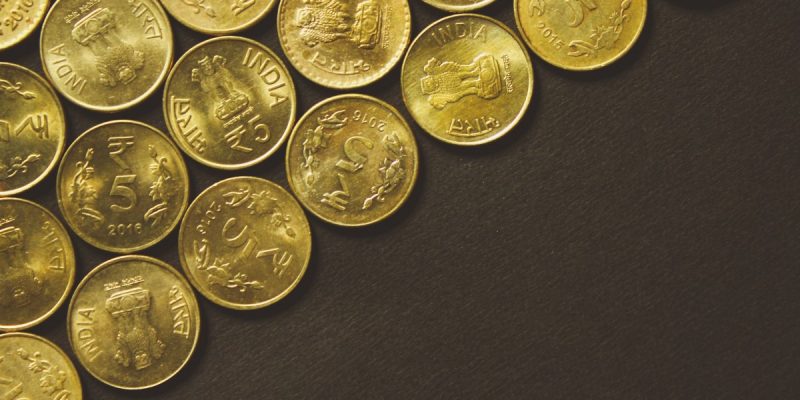 Poverty in India could have been reduced at a faster pace were it not for corruption. Photo: rupixen/Unsplash

The greater actual inequality would have a larger destabilising effect than the measures available to economists would suggest. Assuming demonetisation left corruption intact, domestic black monies transferred abroad would return another day as inflows to drive up the stock market and other investments. Such round-tripping is often an elaborate scheme to launder dirty money.

Black money is mainly used to finance illegal and speculative transactions rather than boost productive investments in the official economy. In fact, while legitimate domestic investments have been on a declining trend, inflows of black money did nothing to help the economy. Regardless of how much black money was captured and surrendered to banks and how much could be traced to illegal activities, corruption cannot be curtailed without strengthening governance in all its aspects such as rule of law, effectiveness of regulatory oversight, quality and stability of politics, etc. To claim that demonetisation will curtail corruption is like putting on a winter jacket and expecting it to snow.

Third, wide-spread corruption leads to tax evasion by promoting a culture that tolerates the practice. The IMF finds that even among developed countries, strongly-governed ones collect about 4.5% of GDP more than relatively more corrupt ones. And that’s a lot of money the government could have used productively. The longer corruption rules, the more difficult it gets to dislodge it. In fact, as I have argued in my earlier article, corruption has restricted India’s fiscal space thereby significantly limiting the scope of a consumption-boosting targeted basic income.

Fifth, researchers at the IMF found that child and infant mortality rates as well as the proportion of low-birthweight babies in countries with endemic corruption are much higher compared to countries where corruption is low. Moreover, school dropout rates are five times as high partly due to less effective government spending. The poor quality of public school education in India is consistent with these findings.

The deadweights of corruption, inequality, and environmental degradation would make it more difficult for India to deal with the crisis.

Finally, highly corrupt countries tend to be much more polluted than countries that are strongly governed. India is a perfect example of the nexus between rampant corruption and serious environmental degradation.

The tendency towards greater pollution is explained by the poor law and order, lack of environmental awareness, weak environmental regulations and their enforcement, bribery of regulatory officials, and a dearth of equipment and trained manpower to monitor compliance with regulations.

Hence, it is crucial to attain economic growth that is not only inclusive but environmentally sustainable as well. Inclusive policies by themselves cannot ensure that industries would comply with policies to protect the environment.

Sir Partha Dasgupta, Professor Emeritus at Cambridge University, finds that the fault lies in formulating economic policies which do not treat fresh water, clean air, and land as resources which could be depleted in the production process. Given that no country has an inexhaustible supply of these resources, there is a dire need for appropriate regulation, monitoring for compliance, and user fees to pay for clean-up and renewal. His work shows that environmental degradations will effectively derail economic growth if policies are not designed to take explicit account of these consequences.

This is not to suggest that growth strategies necessarily need to evolve from a low to a higher trajectory through reform before they can be inclusive as well as sustainable. Countries like Korea, Singapore, and Taiwan which made significantly larger investments in health and education were not only successful in ensuring more equitable outcomes and opportunities when growth occurred but have also avoided environmental degradation from limiting growth in the long run.

The primacy of volition

Even though structural issues are deeply embedded and take far longer to mitigate than counter-cyclical policies aimed at stimulating the economy, here too governments can do a lot more than pray.

Vito Tanzi, a fiscal expert and one-time director of the IMF’s fiscal affairs department, in an article on corruption around the world, opined that successful efforts against corruption typically begin with examples set by a country’s leadership. Top political leaders should not only provide the right example of honest living but should support stern legal action against corruption from any quarter regardless of political affiliations. If, on the other hand corrupt acts by friends, relatives, or political associates are condoned, then it would not be realistic to expect that public officials or indeed the country at large will behave honestly.

The first step on the road to redemption is therefore the hardest one—leaders should set the right example, help support the appropriate laws, and implement a distinct plan for tackling corruption in all its manifestations. In short, the anti-corruption agenda must be strongly underwritten by the country’s leadership and the state governments as well. India needs to reduce corruption on a credible and sustained basis in order to better cushion the impact of difficult global economic conditions.

In October, the IMF cut its forecast for this year’s global growth to 3.0% from 3.9% in January. Strong headwinds facing major economies such as geopolitical instability, business uncertainties, tariffs, and trade tensions, were responsible for the more somber outlook. The US Federal Reserve Bank began to cut its overnight lending rate to banks in July this year. The lending rate was lowered in three steps to a target range of 1.5 to 1.75% in October.

With the European Central Bank’s policy rate already in negative territory, the Federal Reserve’s rate cuts were accompanied by a significant decline in long-term bond yields. Stock markets are surging because of falling long-term interest rates and higher bond prices, not in spite of them.

The reason is investors have nowhere to place their funds to make a decent return other than in stock markets and other riskier investments, thereby driving their growth. So, there is no contradiction between weakening economies on the one hand and surging stock markets on the other.

While the easy money of central banks is meant to prop up slackening economic growth, the downside is that low interest rates are encouraging households to incur more debt and firms to take on greater financial risks. The corporate sector in India is carrying a heavy debt load and some may default on their loan repayments and fold, while others may require a rollover of debt or some sort of corporate debt restructuring.

We can expect the world economy to enter a protracted period of low growth, low demand, and low-inflation, its driving gear stuck in neutral. While well-heeled investors and pension funds around the world have earned handsome returns in the soaring stock markets and other riskier assets, these are dark waters.

The deadweights of corruption, inequality, and environmental degradation would make it more difficult for India to deal with the crisis and impose a heavy cost in terms of lost output, income, and jobs, along with an increasing risk of economic and political instability. These structural weaknesses need to be addressed on an urgent basis.

Dev Kar is Chief Economist Emeritus at Global Financial Integrity and a former Senior Economist at the International Monetary Fund. His book, India: Still A Shackled Giant, was released by Penguin Random House India in October 2019.