What Does the Path for India’s Post-Pandemic Economy Look Like?

The bureaucratic tinkering with revenues and expenditures in the weeks ahead will be of little consequence. A larger perspective must be taken. 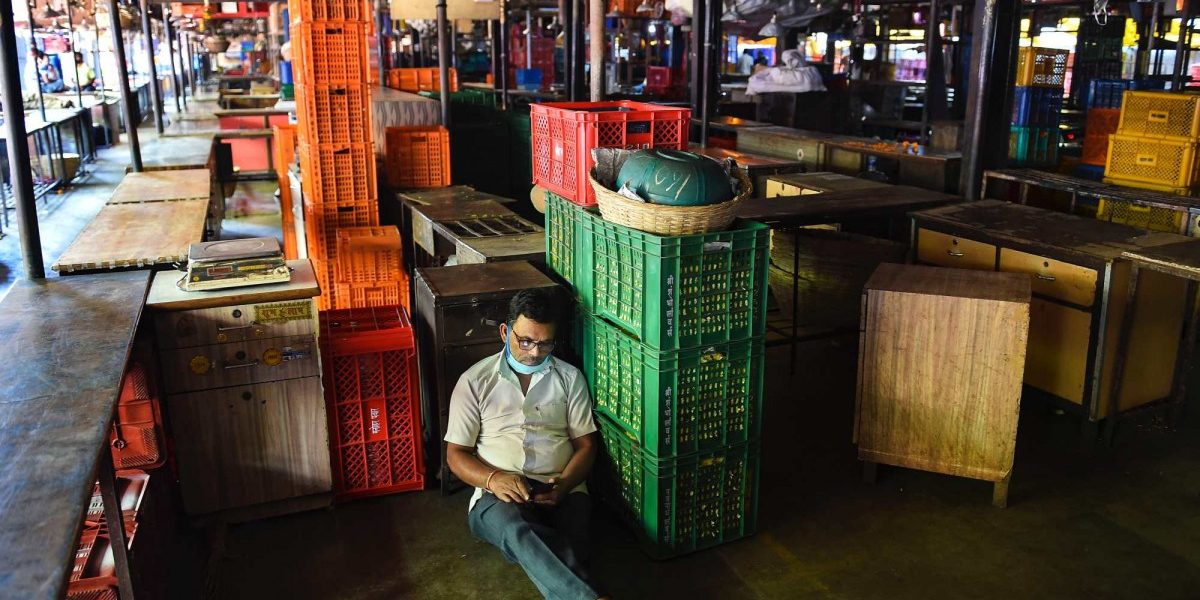 A vendor rests in the deserted Dadar wholesale flower market during the nationwide strike, called by agitating farmers to press for repeal of the Centres agri-laws, in Mumbai, Tuesday, December 8, 2020. Photo: PTI/Kunal Patil

The world is starting to see the light at the end of the tunnel. COVID-19 vaccines are on the way and, hopefully, they will help stop the pandemic.

However, India’s economy has taken a massive hit. Official estimates indicate a sharp contraction in India’s economic activity in 2020. A return to positive growth is expected this year. However, if experience from previous shocks is any indication, there will be lasting damage. We are in the middle of a once-in-a-lifetime disruption to all facets of life – social, political and economic.

But the discourse in policy spheres is still mostly business-as-usual. How can it be that a once-in-a-lifetime disruption is debated as if tomorrow is the pre-ordained extension of yesterday? India has an opportunity to pause and reflect on its current trajectory. Instead of 2021, can the discussion be about 2050 and beyond? We can then work backwards to see what we must do and, equally important, what we must not do.

Before we get to 2050, let’s talk about the discourse these days. Government officials routinely talk about India’s V-shaped economic recovery. India’s quarterly GDP growth plummeted by 23.9% in the April-June quarter relative to the previous quarter. In the following quarter, growth shot up by 21.9% relative to the previous (horrible) quarter. On a chart, it looks like a ‘V’, first going down sharply and then rising up sharply. Sadly, that is not the whole story. It is much less rosy than you think but more on that later.

Policymakers and wonks are also debating the size of the fiscal deficit, banking sector challenges, elevated inflation, lower employment, weak investment growth, etc. These are all important issues. However, we debate these core economic issues every year. But we don’t, thankfully, have a COVID-19 pandemic every year.

We usually do not have a catastrophe that costs the global economy $10 trillion, which the Economist admits is an understatement. Harvard University economists estimate that the United States alone will lose $16 trillion due to the pandemic. That is if it ends by fall 2021.

It is not standard to deal with an event that creates dozens of new billionaires and puts an additional trillion dollars in the hands of less than a thousand people even as hundreds of millions join the ranks of the global poor. Seven Indian billionaires added $64 billion to their wealth during the pandemic. Meanwhile, when the Indian government announced another round of stimulus in November, economists noted that only about $40 billion was new spending. 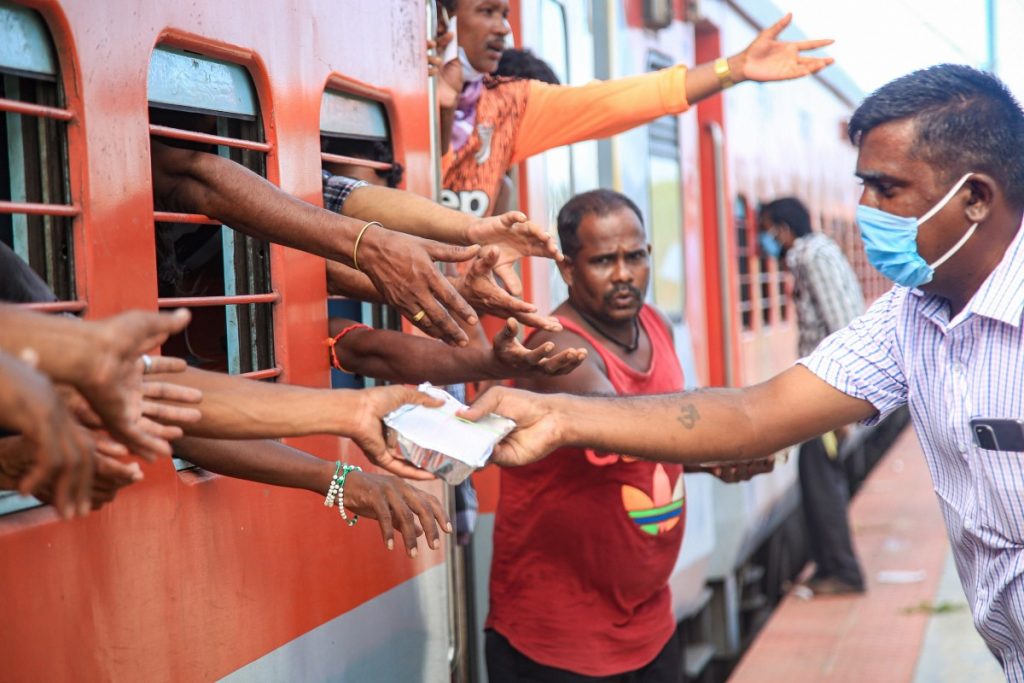 The rest was mostly in the form of loans. It is difficult to wrap your head around the fact that seven Indians added more to their wealth than the Indian government could muster for 1.3 billion people.

COVID-19 will leave deep scars on most economies. An analysis of economic vulnerabilities by Oxford Economics, a global forecasting consultancy, finds that long-term economic scarring in India could be among the deepest in the world. Limited fiscal support for the recovery, structural rigidities, imbalances in the financial sector and other reasons will cause the economy to take longer to reach its pre-pandemic trajectory.

This is not unusual. A decade after the Great Recession (2007-09), the US economy was “significantly smaller” than it should have been based on its pre-crisis growth trend. Economists at the International Monetary Fund (IMF) have extensively studied the impact of recessions on economic output. They assert that “all types of recessions, on average, lead to permanent output losses.” But not all countries are the same and they don’t all have the resources to weather recessions effectively.

Oxford Economics estimates that by 2025, “the long-term economic damage from the pandemic will be twice as severe in emerging markets compared with wealthy countries.” India faces a long-term struggle. Make no mistake about it.

How do we meet this moment of epic proportions? We don’t do it by repeating annual homilies to the “green shoots” of the economy or “big bang” budgets. We most certainly don’t do it by bureaucratic tinkering with revenues and expenditures. That is not what India needs.

India must look far ahead and then work backwards to solve the biggest challenges of the 21st century. I list three of them as food for thought.

Climate change poses a grave threat to India on multiple dimensions – pollution, extreme heat, floods, droughts, and a decline in living standards for nearly half the country. In 2018 (the sixth warmest year on record), it was reported that in the 15 years preceding 2018, India recorded 11 of its 15 warmest years.

A 2019 study warned that coastal cities like Mumbai, Chennai and Kolkata could be submerged by 2050. Dealing aggressively with climate change is critical for the survival and well-being of India’s future generations. Are the best minds in India working to turn the threat of climate change into an opportunity of a lifetime? 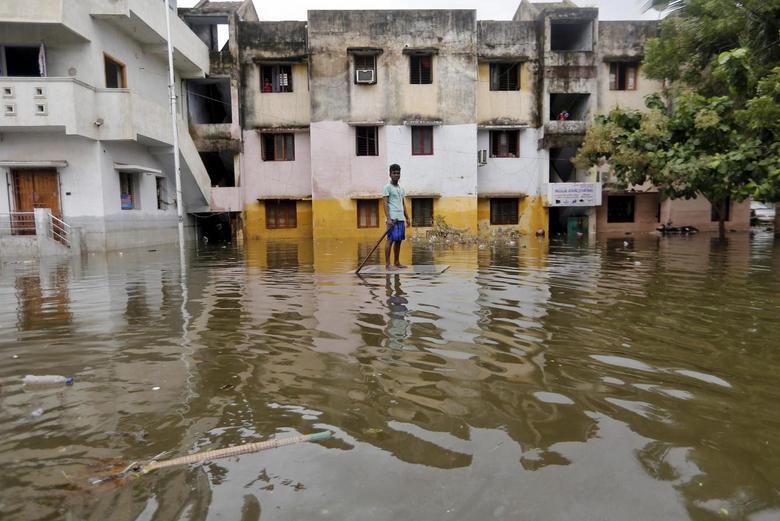 A man uses a board to float through a flooded street to reach to a market place in Chennai, December 5, 2015. Photo: Reuters/Anindito Mukherjee

Many are still despondent about India’s lost opportunity in labour-intensive manufacturing. Meanwhile, the Fourth Industrial Revolution opportunity is also slipping away. Other countries have taken a big lead in new technologies such as artificial intelligence, robotics and 3D printing. Many of these new technologies link up nicely with climate change targets. For instance, China, the US and Europe are dominating the electric vehicle market.

Meanwhile, India’s manufacturing value added as a share of GDP was only 13.6% in 2019, the lowest since 1968. Is there a coherent vision for India’s place in modern manufacturing or will 2050 be spent mourning the loss of one more opportunity?

The third is the human capital challenge. Can India effectively compete with more advanced nations if malnutrition is increasing in the country? Can the current systems of health and education produce workers who can make India a leader in modern manufacturing? In 2017, Prime Minister Narendra Modi launched ‘Mitra’, a robot, in the presence of Ivanka Trump. Was that launch an indicator of India’s progress on human development indicators? No, it wasn’t. India is way down on the UNDP’s Human Development Index. Meanwhile, we know that China is the world leader in building robots… and ships, high-speed trains, chemical fibres, machine tools, computers, cellphones, etc. China didn’t get there without improved health and education. India is going nowhere without improved health and education.

These are just three of the many themes that require transformational thinking and action.

The COVID-19 pandemic is a once-in-a-lifetime crisis. We can’t treat it as if we can just go back to normal after the pandemic is over. Besides, it isn’t as if the old normal was working very well for us. The old economy was becoming more unjust, it was losing steam, and it left India unprepared for the future. There can be no going back to that. It is time to take a radically different path.

Salman Soz is the Deputy Chairman of All India Professionals’ Congress. Simar Singh is a Development Economics Research Assistant.