India's economy had some positives in 2016, but issues like joblessness, lower agricultural incomes and the demonetisation aftermath remain matters of concern. 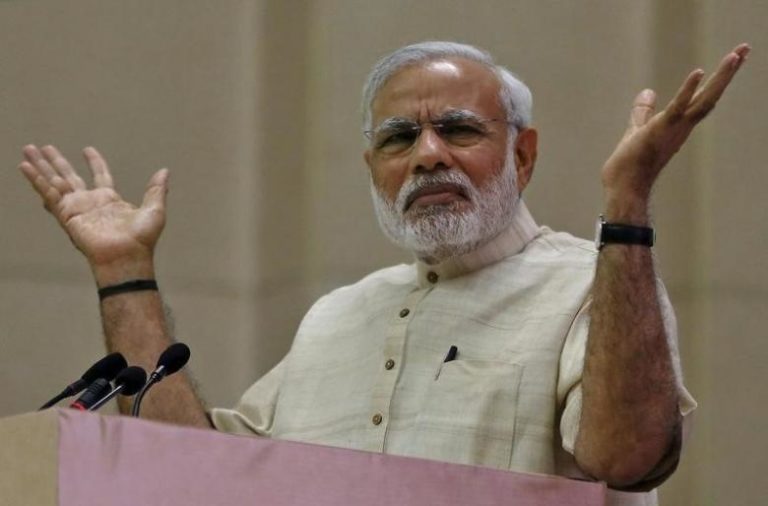 “I have always had a Marxist understanding of history: democracy is a result of a broad modernisation process that happens in every country. Neocons think the use of political power can force the pace of change, but ultimately it depends on societies doing it themselves.” – Francis Fukuyama

In a year blemished with political earthquakes, rising sentiments of national territoriality across the world and with the deaths of much-loved icons, collective memories from 2016 forces one to be seized by an eerie premonition. Decades down the line, we can expect students of history to be faced with questions on identifying and analysing the impact of events of 2016 with parallels drawn between the 1930s and the 2010s.

India in 2016, in spite of the world disintegrating in spells of political crisis, remained largely consumed under the protraction of ‘Modism’. If we observe India’s macroeconomic performance in 2016 from a bird’s eye view, there were some positives.

The overall annual growth rate picked up relatively during the year (accounting for a change in the growth metric calculation methods). The reported GDP from manufacturing in India averaged Rs 4,136.21 billion from 2011 till 2016 – reaching an all-time high of Rs 4,908.33 billion in the first quarter of 2016 from a record low of Rs 3,455.83 billion in the fourth quarter of 2011. But the underlying numbers, with respect to overall industrial production and private investment, hardly reflect a stronger manufacturing performance.

While traditionally this may reflect a stronger level of trade-induced competitiveness (with lessening of imports) or signal an increasing level of economic integration (both regionally and internationally) for the Indian economy, it is interesting to note that both growth in the level of exports and in the capital goods industry (pushed under the ‘Make In India’ plan) has hardly occurred.

Inflation on the whole has been kept reasonably under control at 3.63% (as of November 2016), measured from the consumer price index. The credit for this largely goes to the robust monetary policies and interventions of the RBI, particularly under former governor Raghuram Rajan’s leadership.

In addition to this, India’s government debt to GDP level, albeit still high from an emerging economy’s perspective, is now marked at around 65% of the country’s GDP, which averaged around 73.46% from 1991 until 2015.

So, does the overall aggregate economic growth scenario for 2016 reflect a stronger outlook for India? It would be hard to say yes if we look closely at some aspects.

Shocks in transition – the demonetisation effect

The year 2016 saw one of the largest impromptu economic reform experiments conducted in independent India’s history – demonetisation. The reform’s larger objective of moving towards a ‘cashless’ India is aimed at substantially increasing the tax revenue base for the Indian state by bringing a larger share of the circulation of money in the economy under the scanner of a government-controlled tax machinery. In this regard, the announcements to be made in the union budgets of 2017 and 2018 on direct and indirect tax rates (likely to go down with an increase in tax revenue base) will remain key from the perspective of governmental allocations to be made – particularly in areas of education and healthcare (currently marred by poor government spending).

However, the disruption and the administrative costs incurred in the ill-planned execution of demonetisation is likely to remain high, putting an additional burden on the already ailing public sector banking industry for the next few quarters at least. Short-term interest rates will go down further to facilitate easier borrowing, particularly for home loans. At the same time, one may also expect a more targeted attack on enforcing the declaration of unaccounted property (in which most of the black money is usually converted through real estate transactions) by the government. In other words, the state’s absolute power and control over the distribution and creation of all economic resources will be on greater exhibit in times to come, while we shift into the times of “inspector Raj”.

The overall GDP from agriculture in India has decreased to Rs 3095.38 billion in the third quarter of 2016, which has averaged around Rs 3899.02 billion from 2011 until 2016 and reached an all-time high of Rs 5217.45 billion in the fourth quarter of 2013. Demonetisation has further disrupted the creation of agricultural incomes where cash is the primary mode of exchange for most transactions across the agrarian states. Some of the steps taken by states like Maharashtra (through the Maharashtra State Agriculture Marketing Board) in setting up agricultural produce market committee (APMC) farmer markets, as against the usual farmer-consumer markets, has further increased the role of middlemen as agents influencing the price of farm products. This is further likely to negatively impact the farmer’s ability to get a fair price for their produce in APMC-style markets where the farmer is prohibited from selling his produce directly to the consumer.

The much-hyped ‘Make in India‘ seems to have hardly worked in pushing either private investment across sectors in India or increasing the levels of industrial production (Figure 2), where the big heavy industries seem to be struggling from a weak domestic and international demand. The low private investment levels seem to now be pushing the government to increase public spending on infrastructure and other big funded projects, which are usually attached to substantial macroeconomic risks (like, debt accumulation, cost overruns and the like) over time.

As per the 2014 India Labour and Employment Report, the current size of India’s formally skilled workforce is small, at approximately 2%. The poor skill levels among India’s workforce are attributed to the lack of a formal vocational education framework, with wide variation in quality, high school dropout rates, inadequate skills training capacity, negative perception towards skill and a lack of ‘industry ready’ skills even in professional courses. Some recent initiatives that aim to enhance access, equality, quality, innovation in the area of higher and vocational education are the Rashtriya Uchchatar Shiksha Abhiyan, Technical Education Quality Improvement Programme and the National Skill Qualification Framework.

However, most of these centrally-planned schemes have hardly had any positive impact on the actual creation of employment opportunities for the youth. While the economy may continue to grow at an annual rate of 6-7%, it is critical for the recipients of such growth – particularly the youth – to be active participants in developmental growth. According to the Labour and Employment report, while the global economy is expected to witness a shortage of young population of about 56 million by 2020, India will be the only country with a youth surplus of 47 million. The main issue to address then is not just providing employment but increasing the employability of India’s labour force.

Employability remains contingent upon knowledge and skills developed through quality education and training. The large scale unorganised informal labour force in India is a major concern, which has also accentuated the urbanisation problem with most young people from semi-urban and rural areas migrating to cities in search for alternative employment opportunities. The current government’s top-down ‘smart cities’ plan excludes the gravity of these issues in accommodating inclusive models of job creation. The models of job creation cannot remain exclusive to some given geo-spatial space like a city. The development of ‘smart villages’ or semi-urban areas to more inclusively integrate people (with requisite skills) into cities needs more focus.

There is no doubt that India is on a transitionary path to potentially realise greater economic success through the creation of multi-faceted opportunities for its people. However, a significant effort needs to be put in focusing on sustainable, long-term economic measures that focus on productivity rather than production, employability rather than employment, agricultural development rather than foreign-based industrial investment into India.

In a spectre of economic stagnation, evident from low private investment levels, demonetisation’s catastrophic effect on agriculture, the jobless situation in the employment sphere – we are now becoming increasingly dependent on the state itself to provide not only basic economic resources or private property protection but also much beyond that. This offers more unconditional, absolute power to the state in using development as a façade for creating all other kinds of fiscal and institutional distortions. We can already see this happening with the institutional credibility and the nature of independent functioning of institutions like the RBI (post demonetisation), investigative agencies and the courts too.

It is prudent that institutional arrangements (including those representing the civil society) are offered a space to practice an impartial scrutiny of the state’s policies through instruments of public discussion to validate the positive externalities from such policies while eliminating the negative ones.