How Will India Fare in the Brewing Global Food and Fertiliser Crisis?

According to a research note by SBI, for every one dollar of increase in the pooled gas rate, India’s fertiliser subsidy bill shoots up by Rs 4,000-5,000 crore. 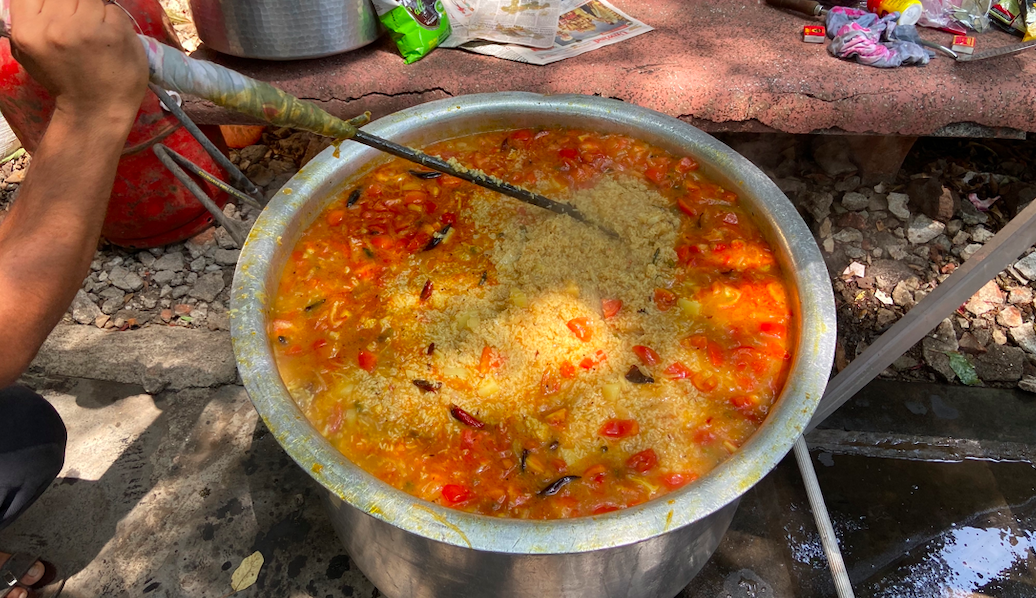 Cooking in progress at a community kitchen. Photo: Reuters/File

There is no such thing as a localised conflict in a globalised world. Sooner rather than later, fallouts from the Russia-Ukraine war will overwhelm the operations of developed and developing economies alike, leading up to the largest, and possibly, the worst food crisis the world has seen in decades.

The focal point for the imminent crisis emerges from the pivotal position the two countries occupy in the global food exports matrix. Ukraine and Russia together command a lion’s share of exports in wheat, barley and corn.

In the case of wheat, the two countries cumulatively corner 28.5% of the exports market between themselves, as per the Observatory of Economic Complexity.

The war, and the accompanying shortages it is triggering, has scrambled the fiscal math of a number of countries while large populations of poorer countries are progressively being pushed towards a hand to mouth paradigm as food prices skyrocket across the globe.

Also read: From Grain and Corn to Edible Oil, India Will Feel the Food Ripples of Ukraine’s Crisis

In Turkey, President Recep Tayyip Erdogan’s flawed and unheeding economic acumen has damned the country’s future. Adding to their woes is the Russia-Ukraine conflict, which has inflated food prices to such an extent that Turkey’s impoverished citizens are forced to stand in line for hours waiting for government-issued bread; the same bread that is beyond their reach when sold in local bazaars. 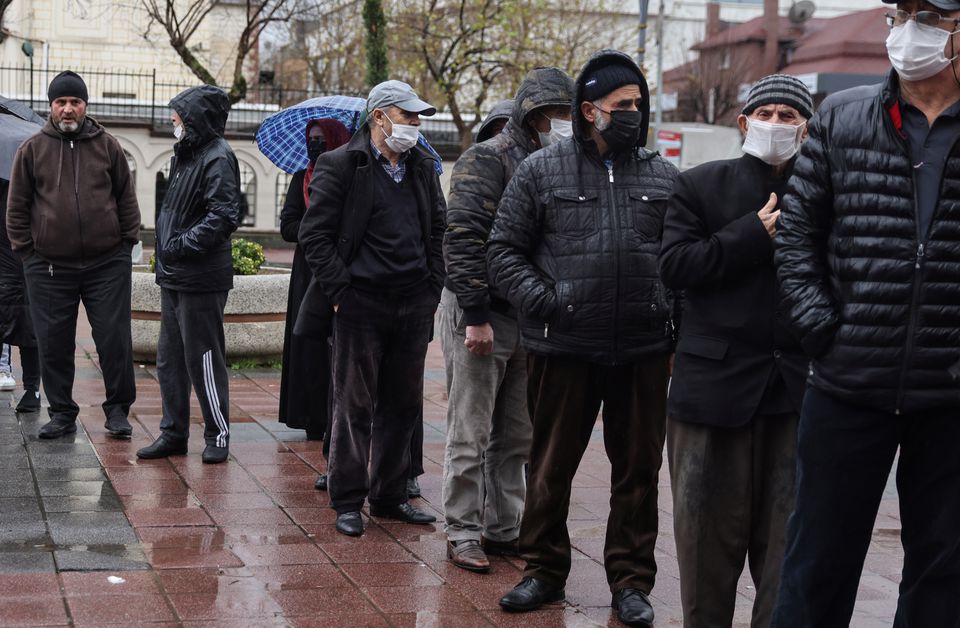 Tunisia, on the other hand, has been crippled by three years of droughts crimping the country’s agriculture output. The country imports close to 50% of its food grains for consumption, and this, not surprisingly, is eating into the country’s budget. The  food grain costs, alone, will scale up to  $1.2 billion this year, a jump of nearly 60% from the previous year.

In Morocco, street protests are becoming commonplace whereas in Sudan, where inflation is faring at an incredible 260% under a military regime, an upsurge of forceful protests is being quelled by equally violent crackdowns.

Other countries like Eritrea, Syria, Ethiopia are already contending with horrendous food scarcity crises that are threatening to worsen in the coming days.

This is beyond alarming to satraps in power given that history holds ample evidence substantiating the fact that many insurrections in this region have stemmed from food inflation forcing people to spill out in unison onto the streets, in protest against their governments. The dictators in power are keen on avoiding a repetition of the historic arc but such a move will cost the local economies dearly further adding to their debt burden.

Meanwhile, whatever hopes the global economy was pinning on China to make up for the food grain deficit are now categorically dashed thanks to the wave of destructive floods that hit China last year during the planting season. The harvest for this year is being chalked up to be quite low. 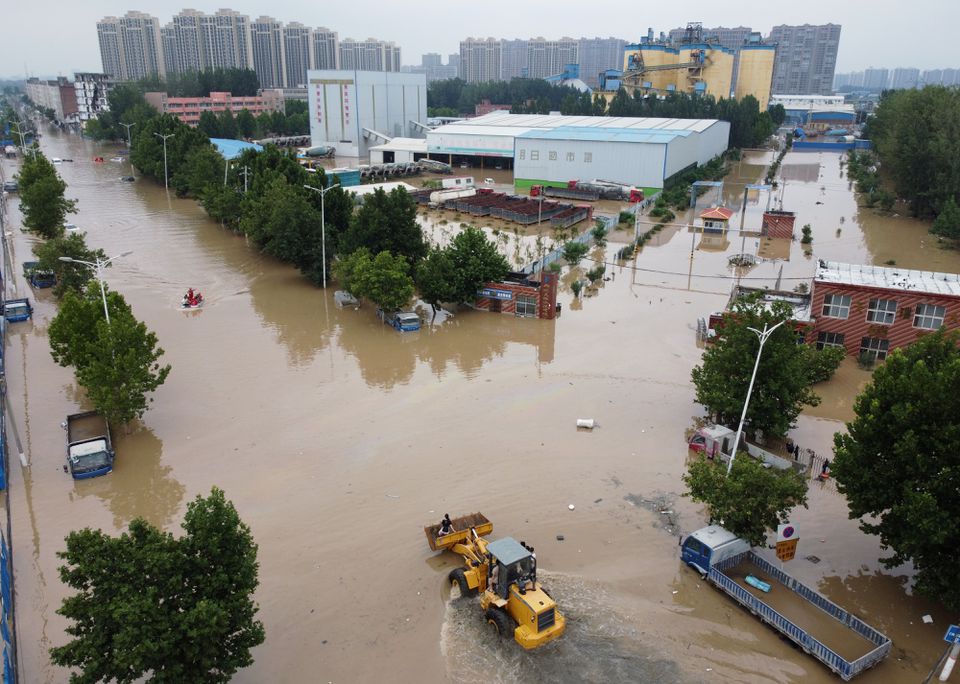 Food prices have been virtually on an uninterrupted  rise since the pandemic, which in its wake, choked supply chains across the globe. In nominal terms, price of cereals stood at an all time high in February 2022, according to the Food and Agriculture Organisation of the United Nations.

The organisation also runs a Food Price Index which shows that the global cereal and vegetable oil market – both segments in which Russia and Ukraine play a significant role – have been the most affected. Over the course of 2021, international prices of wheat and barley rose 31% over their corresponding levels in 2020 whereas in the rapeseed and sunflower oil sector, annual price increases in the magnitude of 65% and 63% respectively have been observed.

The story with maize is no different. Maize price measures have risen by over 20% in the first week of March as concerns over the crop yields in Brazil and Argentina occupy the spotlight. The spill-over effect of rise in wheat prices, rising energy costs and the closing down of Ukrainian ports are working in a combination to put maize out of the reach of the common man. Matters are further compounded by the protectionist tendencies with which several nations have responded to the crisis.

Moldova, a small exporting nation when it comes to wheat and corn, has barred shipment of these products while Hungary has outlawed grain exports. Egypt has also responded in the same vein by banning exports of wheat, lentils and flour.

For a few months now, Russia has been experimenting with higher tax rates on wheat exports whereas Ukraine has stopped exports of wheat and other staple foods to ensure its citizen have access to enough food resources.

But it is not just food inflation that is roiling the global markets. Fertiliser production has also taken a drubbing, and consequently fertiliser costs have been rising uncomfortably. The prices of urea, an essential ingredient in manufacturing of nitrogen fertilisers, has risen by two and a half times over the past 12 months, in tandem with the price rise of phosphorous fertiliser rising during the same period.

Currently, India’s dependency on imports is to the extent of 25% requirement for urea, 90% in case of phosphates (either as raw material or as finished fertilisers) be they di-ammonium Phosphate or mono-ammonium phosphate or  triple superphosphate, and 100% in the case of potash according to documents from the Department of Fertilisers. 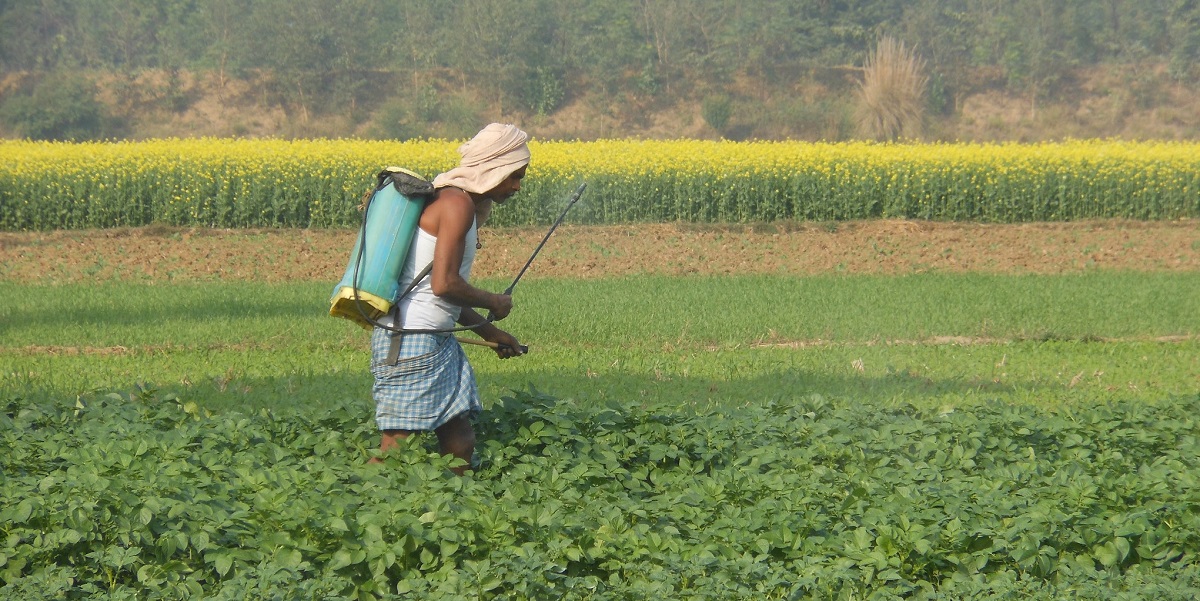 While supplies from Ukraine are paralysed, Russia’s ministry of industry and trade in early March urged domestic producers to stop exports overseas. There is still hope for India, in that, it could make up for the deficit by pressing for higher imports from China, Oman, Saudi Arabia and UAE, countries from whom India has imported a sizeable share of urea in recent years. However, even if India does manage to find a way around the problem of urea sourcing, it will find itself occupied by concerns of rising fertiliser subsidies.

Underpinning the rise of fertiliser prices would be the hike in natural gas prices, a key material required in the manufacturing of urea. The current allocation of Rs 1.05 lakh crore is likely to fall short considering the massive upsurge in global natural gas prices.

According to a research note by SBI, for every one dollar of increase in the pooled gas rate, India’s fertiliser subsidy bill shoots up by Rs 4,000-5,000 crore.

But, there could be a silver line to the imminent food crisis. The Food Corporation of India is currently sitting on wheat stocks of 23.4 million tonnes, which is three times the mandated stocking norms of 7.4 million tonnes. India currently commands around 14.14% of the total wheat production in the world but is far from leading in wheat exports considering that in 2020, it barely accounted for 1% of the global trade. The country has been pacing ahead in wheat exports in FY ’22, tripling its total export to 6.6 million tonnes from 2.15 million tonnes exported in FY ’21, as per data from the Union commerce ministry.

For now, India is setting high hopes and aiming to breach the 10 million tonnes mark for wheat exports. However, this will be possible provided India can manage to chart a way through several World Trade Organisation norms that prohibit export of commodities procured at minimum support prices. India will also have to step up its game when it comes to delivering wheat that is not of a sub-standard quality.