'Housing for All' Means Nothing for India's Migrant Workers

Earning less than a living wage, migrant workers resort to living in the open, in shared and cramped rented rooms, or within the workplace. 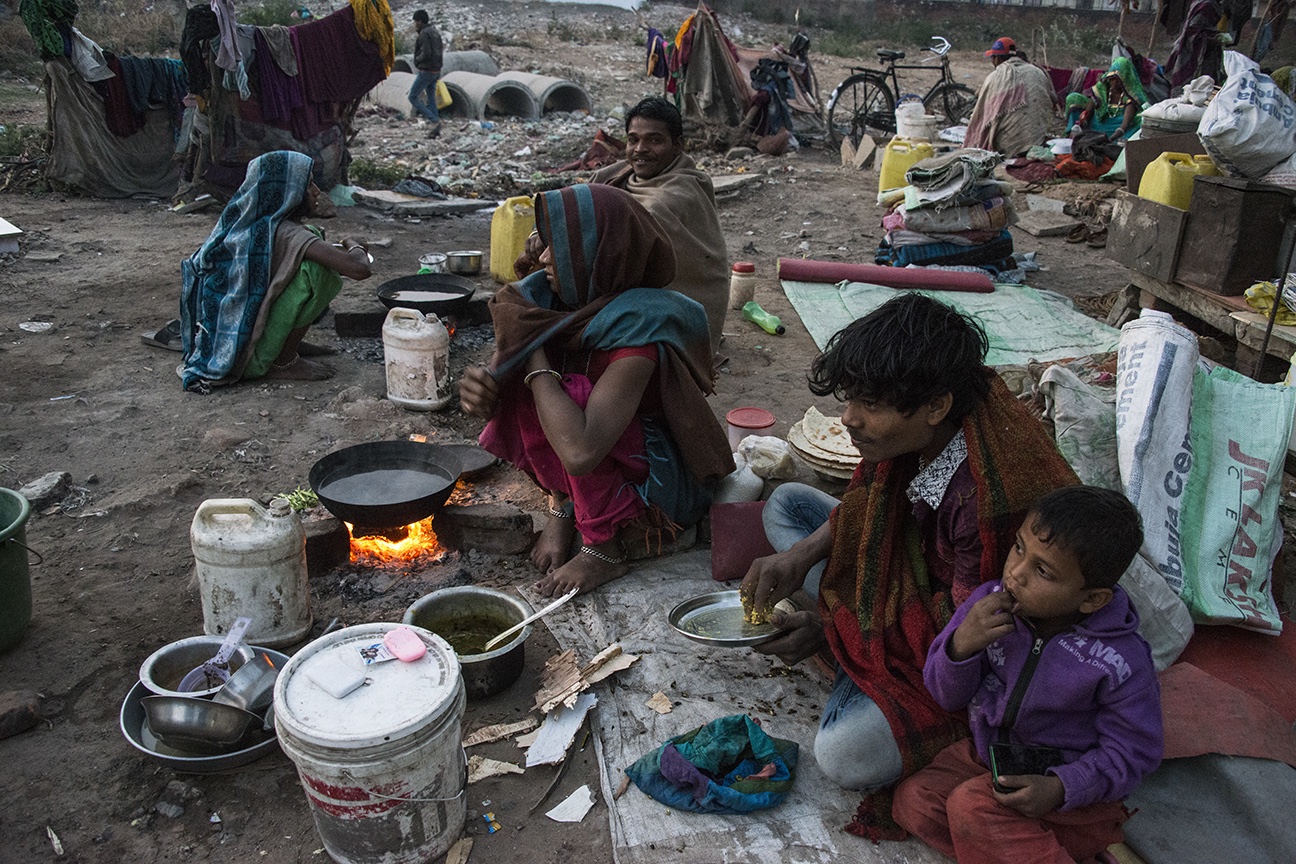 The Union Budget, announced on February 1, has committed to provide assistance for building 3.7 million houses in urban areas in 2018-19 under the Pradhan Mantri Awas Yojana (PMAY). However, this does little to resolve India’s urban housing crisis, which affects the poorest and most marginalised populations in cities.

“I have never seen Ahmedabad city outside the factory. My body and mind always revolves around these machines,” said Gangaram, a migrant worker who hails from Barmer district in Rajasthan. He works in a garments processing unit in Ahmedabad, where 20 workers live inside their workplace. They sleep, cook, bathe and spend their free time in the spaces between the machines, on the shop floor.

For these workers, there is no line between their work and personal lives. They are not only constantly exposed to workplace hazards, but also face a higher degree of exploitation from the employer. They often work 18-20 hours a day during peak demand season, receive no holidays unless the machine stops working and are made to work even in the odd hours of the night, because they have nowhere to go after the workday.

Millions of migrant workers in Indian cities face a similar plight. Pushed to the peripheries of the city, both spatially as well as in the imaginations of urban planners, they slip through the cracks in the patchwork of grandiose urban development and housing policies. These policies remain disconnected from the country’s socio-economic reality of growing rural-urban migration, where 100 million, or one in ten, Indians are seasonal and circular labour migrants.

These mobile and floating populations of labourers are in a state of constant flux, moving between their home villages and different urban work destinations. Earning less than a living wage, they are unable to afford housing even in slum settlements, resorting instead to living in the open, in shared rented rooms in deplorable conditions or within the workplace.

Ahmedabad, recognised as one of the fastest-growing cities internationally, presents a perfect example of the systematic exclusion of a large section of its population. It is one of the largest destinations for migrant workers coming from the adjoining tribal belts of Gujarat, Rajasthan and Madhya Pradesh, or from the poorer states of Bihar, UP and Odisha.

The estimated 1.3 million migrant workers in the city form an overwhelming one-sixth of its population, and provide the cheap labour which fuels the remarkable growth of its manufacturing, hotel and construction sector. Yet, they remain excluded from the ambitious slogan of ‘Housing for All’. 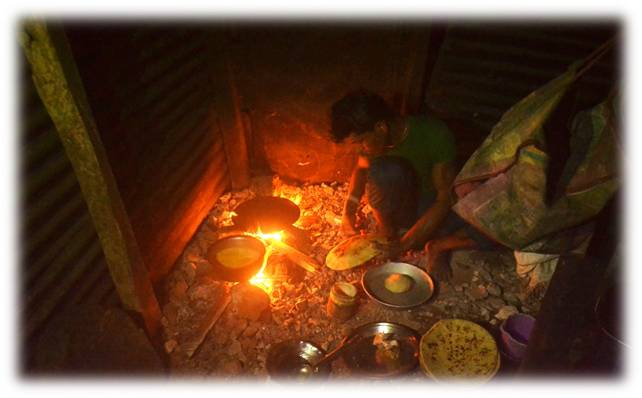 According to Aajeevika Bureau, a civil society organisation, “living within the worksite” is the most common living arrangement for migrant workers in the city. Large groups of these workers remain invisible to mainstream society, as they live inside factory units in the industrial peripheries of the city, within the hotels that they work in or at the construction site.

In addition to this, there are at least 2,500 migrant families living in open spaces across the city: on pavements, under flyovers, near railway tracks and on open grounds. They are not only deprived from basic services such as subsidised ration, water, sanitation and cooking fuel, but also face the constant threat of eviction and confiscation of their meagre assets.

Shantaben, who lives on a pavement in Ahmedabad, migrated with her family from their village in Dahod (Gujarat), to seek work in the city’s numerous construction sites. “I wake up at 3 am every morning, and spend around an hour looking for a functional pay-and-use toilet. If I am delayed, I will not be able to finish my household chores in order reach the labour naka in time to find work.”

The most premium of living arrangements available in the city are crammed, shared rented rooms where over 40,000 single male migrant workers live, exposed to squalor and disease. Inter-state and Adivasi migrants face immense discrimination in availing housing in the city, and are forced to live in neighbourhoods earmarked for them. Faced with a lack of options, they often submit to the whims of extractive landlords who arbitrarily hike rents, often asking a single tenant to pay a monthly rent of Rs 500 for a small room of less than 80 square feet and no basic facilities, which houses 15-20 tenants at the same time.

“When there is no space, we often sleep in the hollowed-out portion of the wall meant for storage, or on the roofs,” said Manilal, a migrant worker who hails from Banswara district in Rajasthan.

For these migrant workers, ‘Housing for All’ represents nothing more than an impossible dream and an empty promise. Permanent houses created by schemes like PMAY in cities do not cater to the temporary and transient housing needs and imaginations of seasonal migrant workers. As mobile populations, they require temporary, dignified and affordable housing solutions in the city. Most of them have migrated to the city to earn and repay the debts they have taken in the process of building houses back in the village. They cannot afford to invest in a second home in the city, which is the only solution that the affordable housing scheme offers them.

On top of that, this large section is also denied access to these housing schemes as they do not possess the required domicile documents in the city. But the creation of dignified housing arrangements for seasonal migrant workers demands the immediate attention of urban planning authorities as migrants spend six-ten months of a year in the city.

Migrant labourers work irregular and insecure jobs, involving long work hours for low wages, in unsafe workplaces. Their exclusion from the city and deplorable living conditions becomes another site of marginalisation. In these sub-optimal living spaces, even their basic rights are rendered to a state of suspension.

The question of their housing should be contextualised within the larger question of their integration with the city, and right to the city itself. Housing for All by 2022 will remain a rhetoric and India’s urban housing crisis will only aggravate further if the government fails to listen to the needs of this large cross section of urban populations.

This article is based on the findings of an ongoing study on the living conditions of migrant workers being conducted by Aajeevika Bureau in Ahmedabad city.