In the current fiscal, the states are staring at a staggering Rs 2.35 lakh crore Goods and Services Tax (GST) revenue shortfall. 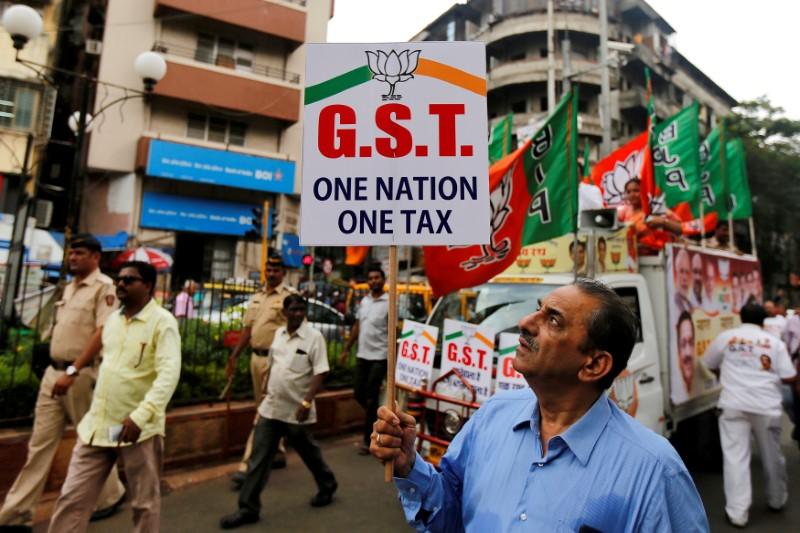 New Delhi: As many as 21 states, mostly ruled by BJP or parties which have supported it on various issues, have opted to borrow Rs 97,000 crore to meet the GST revenue shortfall in the current fiscal, sources said on Sunday.

The states which do not submit their borrowing options before the due GST Council meeting on October 5, 2020, will have to wait till June 2022 to get their compensation dues, subject to the condition that the GST Council extends the cess collection period beyond 2022, the sources said.

GST Council with full presence of states and UTs needs, as per the GST Act, only 20 states to pass any resolution, in case voting is required on any issue, the sources added.

In the current fiscal, the states are staring at a staggering Rs 2.35 lakh crore Goods and Services Tax (GST) revenue shortfall.

Of this, as per Centre’s calculation, shortfall of about Rs 97,000 crore is on account of GST implementation and rest Rs 1.38 lakh crore is due to the impact of COVID-19 on states’ revenues.

The Centre late last month gave two options to the states to borrow either Rs 97,000 crore from a special window facilitated by the RBI or Rs 2.35 lakh crore from the market, and has also proposed extending the compensation cess levied on luxury, demerit and sin goods beyond 2022 to repay the borrowing.

The sources said few more states are also to intimate their borrowing option in a day or two.

They added that Manipur, which had earlier opted to borrow Rs 2.35 lakh crore, later changed its preference to the Rs 97,000 crore option.

The non-BJP ruled states are at loggerheads with the Centre over the issue of the funding shortfall.

The chief ministers of six non-BJP ruled states — West Bengal, Kerala, Delhi, Telangana, Chhattisgarh and Tamil Nadu — have written to Centre opposing the options which require states to borrow to meet the shortfall.

While these states want Centre to borrow to meet the shortfall, Centre has argued that the revenue accruing from GST compensation cess goes to the states and the Centre cannot borrow on the security of the tax it does not own.

On top of the highest tax slab, a cess is levied on luxury, sin and demerit goods, and the proceeds from the same are used to compensate states for any revenue loss.

The Attorney General for India K.K. Venugopal had given his legal view on the compensation cess issue where he has opined that there is no obligation on the Centre under the GST laws to compensate for the loss of revenue.

He had opined that the GST Council has to find ways to meet any revenue shortfall arising out of GST implementation.

The payment of GST compensation to states became an issue after revenue from the imposition of cess started dwindling since August 2019.

During April-July of current fiscal, the total compensation due to states stands at over Rs 1.51 lakh crore.