"Apart from the high taxation rate, what is creating a lot of problems is that people in the trade are unable to understand the working of the new system."

The famous wood carving craft of Saharanpur in Uttar Pradesh had barely started recovering from the severe problems created by demonetisation when it was plunged into a second crisis created by the high rates of GST and the various uncertainties and confusions involving the new tax regime. 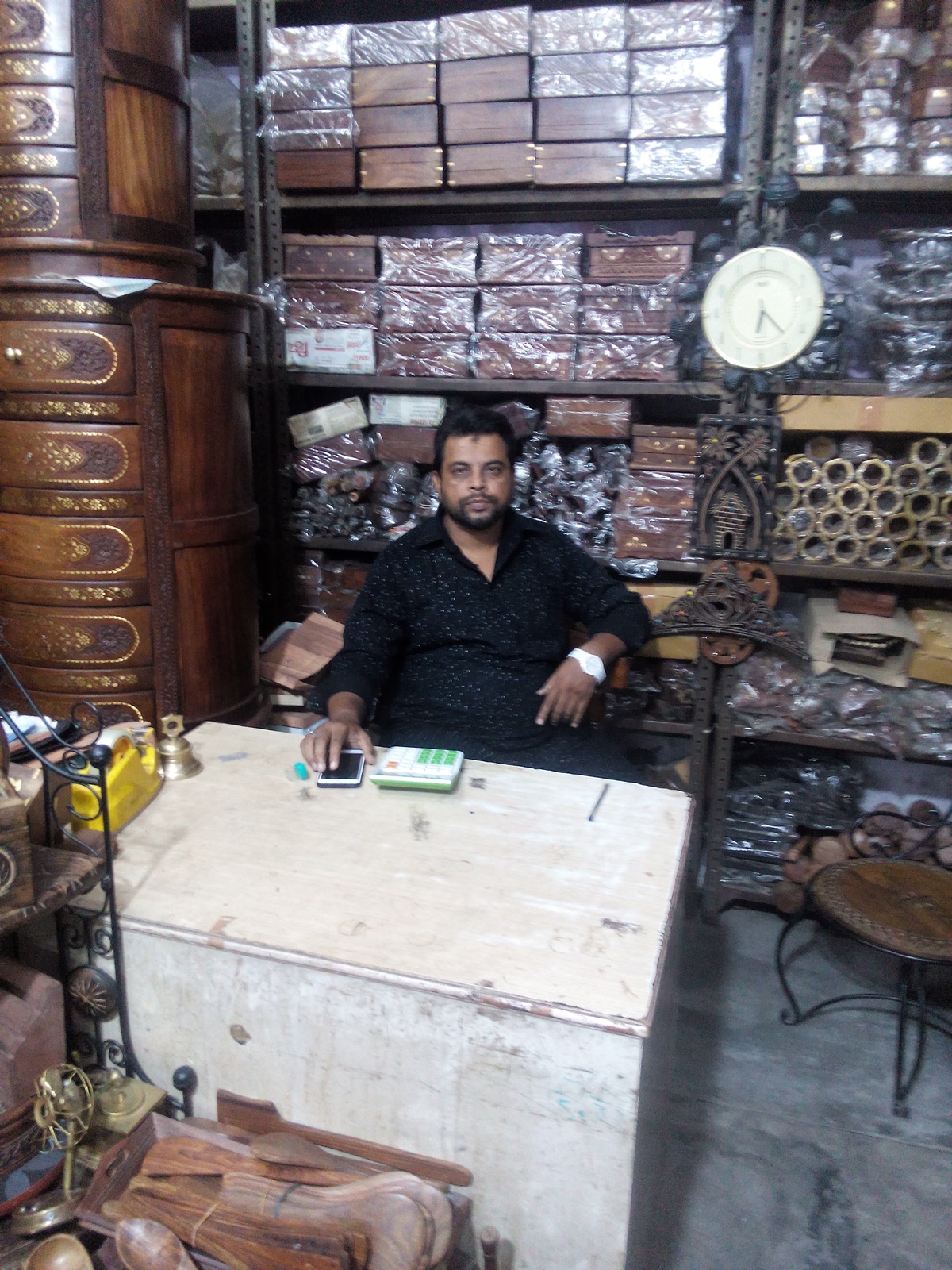 Mohammad Shahid is a middle-aged entrepreneur. He says that the trade and the related craft had been based on a system of credits which has been disrupted by the new tax regime and there is a lot of confusion and uncertainty. Speaking for himself, he says that he has been dealing in both the domestic market and in exports and currently he is having a lot of problems in both these areas. “It is becoming increasingly difficult to meet even essential expenditures and the future looks very bleak,” he says.

Shahid complains that the tax rate is also too high. He adds that while demonetisation also had a bad impact, the impact of GST appears to be even worse and longer-lasting. He then gets into a heated argument with a person who is an intermediary in the trade. Such arguments are increasing as the well-established systems and credit lines come under pressure.

Mohammad Javed is an elderly trader. He complains that after the introduction of GST his business has come down to 40% of what it used to be. “When the overall business is so low it is only to be expected that several artisans and workers have lost their jobs. Today several artisans have been forced to take up work as vendors and battery rickshaw drivers although the preferred occupation for them is within the wood-carving work for which they have traditional skills,” he says.

Javed complains that at one time the work had collapsed almost entirely but now things are a little better. He says that the tax rate on many items is 12% but on some items it is as high as 28%. Apart from the high taxation rate, what is creating a lot of problems is that people in the trade are unable to understand the working of the new system. The only people who seem to be flourishing in the new tax regime are lawyers and accountants, he says, and a lot of our earnings, which are not too substantial in any case, are going to them. But, he adds waving his arms in surprise, “Even they often do not have complete information and we hear different advice from different persons.” So, where do we go to get definite information, he asks. 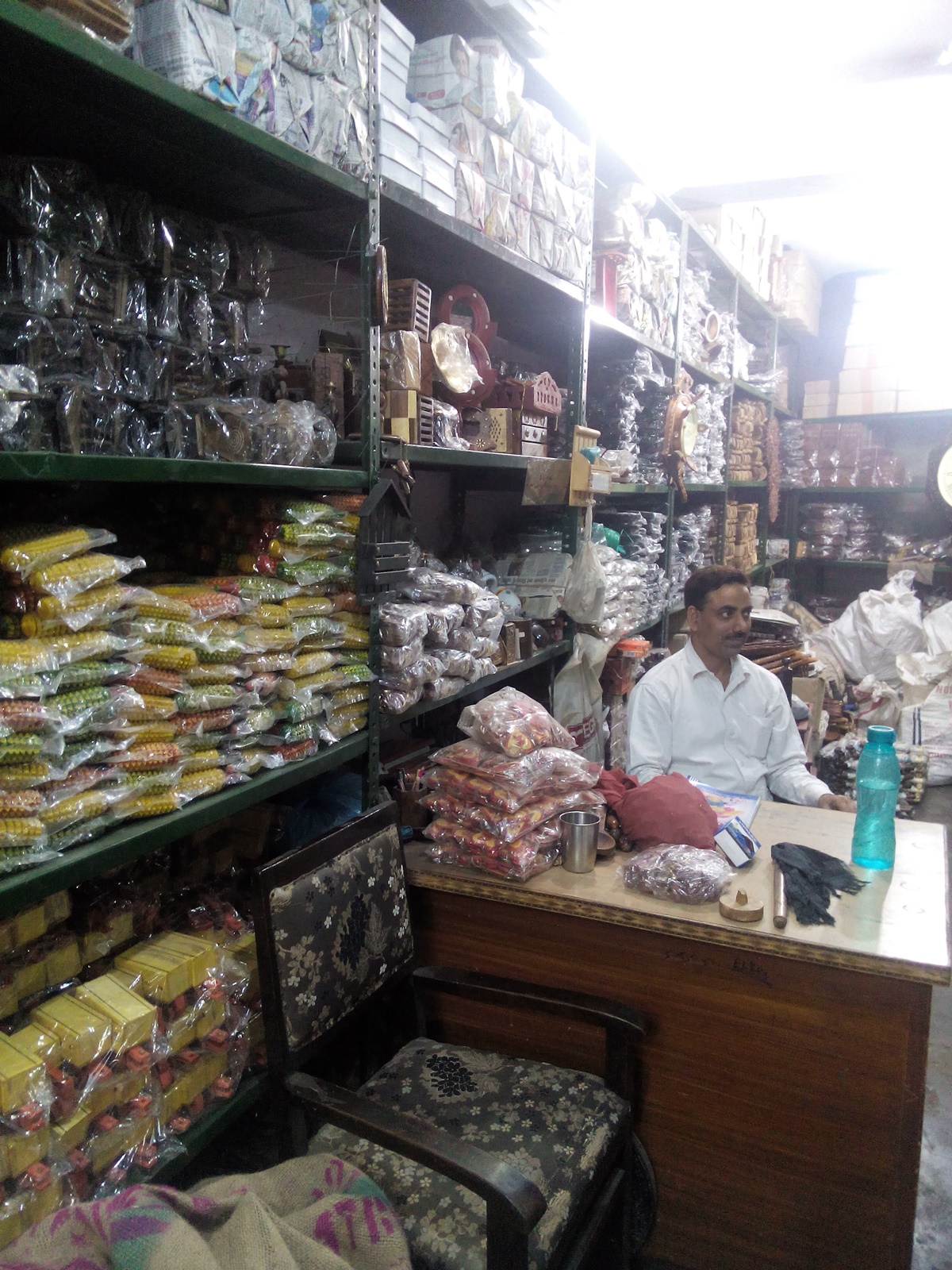 Mohammad Shakir is a well established name in this trade, but when I met the smart young man in his shop, he was distressed and confused. He said, “To understand our problems you must realise that craft purchase or decorative item purchase is something that can be easily postponed. So when overall business is slow then our trade suffers much more than the trade of essential commodities.”

Shakir says that high taxation will lead to higher price and this will raise the price which in turn will reduce the purchase further. He says that the purchase from his shop is much less than normal times after the introduction of the new tax regime.

According to Shakir the worst impact was seen in the months of July and August when the business had almost come to a standstill. Since then there has been some mild recovery. Things are still quite bad, he says pointing to the accumulated stocks indicating low sales of recent times.

Hafiz Ateel Ahmed is a cultural activist who has also been involved with the wood-carving work. He says that the high tax rates are a betrayal of craft workers. Whenever bureaucrats or leaders meet us they agree that there should be no tax or least tax on craft items but in reality they have imposed ruinously high taxes , he says. This is not just a temporary low, he says, the entire work will be badly affected unless some remedial steps are taken soon.

Arshad, a social activist and writer has taken a keen interest in wood carving work and was closely involved in a UN project to introduce innovative work among poor artisans in rural areas of this district. He says, “I had closely seen the adverse impacts at the time of demonetisation and the condition then was really quite bad for some time. But on the whole the situation is even worse now after the introduction of GST. One reason is that people are very confused and uncertain about the new tax regime and need help to cope with the chaotic and uncertain situation. In fact remedial measures need to be taken in the very near future at several levels to save this craft which has been burdened with two serious crisis situation one after the other.”