The Impact of a Half-Baked GST is Unknowable 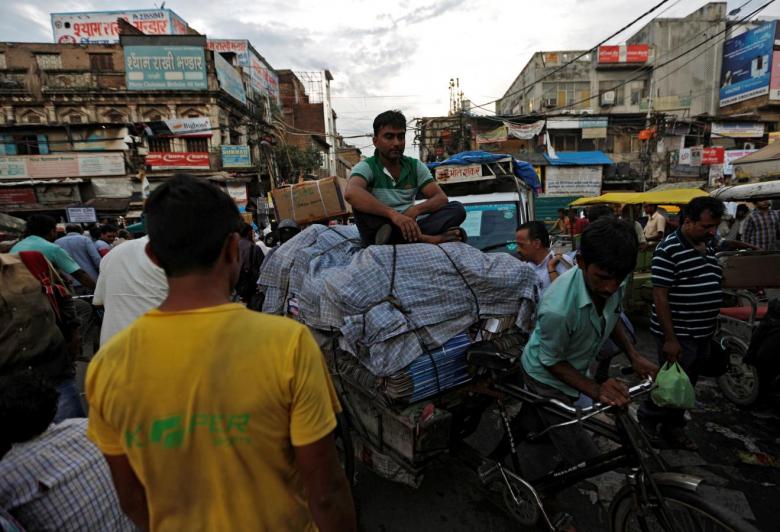 A man sits on top of a rickshaw loaded with card boxes at a wholesale market in the old quarter of Delhi, India, August 2, 2016. REUTERS/Adnan Abidi

Global experience shows that implementing GST caused severe short to medium term disruption in the economies of other countries – we shouldn’t expect better from India’s half-baked version either.

A man sits on top of a rickshaw loaded with card boxes at a wholesale market in the old quarter of Delhi, India, August 2, 2016. REUTERS/Adnan Abidi

A recent newspaper report says Prime Minister Narendra Modi wants to take the core message of the Goods and Services Tax (GST) to every part of the country even as the government begins to implement the new tax from July 1.  Indeed it will be interesting to see how Modi and his team politically communicate the benefits of GST, a complex indirect tax system, to the people at large. The prime minister himself possesses a keen sense for political messaging. Modi himself did not speak much about the GST for nearly a year and a half after taking charge as prime minister, leaving the consensus building exercise mostly to finance minister Arun Jaitley.

However, sometime in the middle of last year, Modi started pitching the GST as a pro-poor reform which would benefit the vast populations of the poorer Indian states in particular. Indeed this was a clever way of pitching it because more than 60% of BJP’s Lok Sabha seats come from very poor, consuming states which will greatly benefit from the new tax. UP will probably be the biggest beneficiary of this consumption-based tax and will probably see a major increase in revenue collections in the years to come. This is bound to help the party spend more on welfare and infrastructure in UP. So it makes sense for the government to aggressively pitch the GST as something which will generally benefit the states with the largest concentration of the country’s poor.

Another dimension to the political messaging surrounding the GST is that it is part of a larger plan to create a cleaner and more transparent political economy – of which demonetisation and digitisation are but an integral part. After all, one of the GST’s main objectives, besides building a common market, is to achieve a much greater formalisation of the economy with a larger number of informal businesses registering with the GST network, if only to ensure that their customers stay with them. The logic of the GST network is that businesses who don’t registered may get shunned by their buyers. This is because the buyers will not get input credit when they buy from a business which is not formally registered as part of the value chain in the electronically driven network. This is also a form of digitising the millions of criss-crossing value chains of businesses in the country.

Overall, Modi’s political messaging could be that demonetisation, digitisation and GST implementation will create a clean economy and discourage the future generation of black money and shrink the existing black economy.

Political messaging aside, the economic reality on the ground may turn out to be very different. For one, the global experience of GST implementation suggests that in most countries there were severe short to medium term disruptions in their economies with inflation going up and output growth not showing any significant uptick. In fact, in many countries where the GST was implemented, the incumbent regime lost the elections. Of course, it is also true that most countries implemented the GST with varying degrees of imperfection.

In India’s case too, the GST is full of imperfections which chief economic advisor Arvind Subramaniam admitted some time ago. In my view, some of the imperfections are so glaring as to make the GST look quite shoddy. For starters, Jaitley did a convenient and clever compromise with the states by keeping petroleum products, liquor and real estate development out of the GST. The compromise turns out to be a bad deal for the people at large because both the states and Centre will be free to play around with taxes for petro-products as they have already been doing so far. They are the main source of revenue for the states and Centre, therefore flexibility of rates has been retained. If global oil prices fall, the Centre and states can merrily raise taxes on petroleum and not pass on the benefit to the consumer.

Liquor and real estate are the largest generators of black money. Last year, Modi and Jaitley both made public statements that after attacking unaccounted cash through demonetisation, they would move to the biggest piece of the black economy stock – real estate. The government tightened benami laws for the same. But why are they keeping real estate development out of the GST? Why shouldn’t every real estate developer – small and big – register on the GST network and display the entire value chain starting from when they purchased agricultural land is purchased for a song? This would hurt politicians across the board. So real estate developers must be given time to clean up!

So given these realities, one is not sure how such a half-baked GST will impact the economy in the years to come. The one big risk factor is that it is being implemented at a time when the economy is still reeling from the debilitating effects of demonetisation. Demonetisation and GST implementation in quick succession could be like administering heavy doses of steroids to a patient with weak immunity. The economy is not in good shape. The latest numbers show negative growth in cement and steel off take in January and February. Bank credit growth is at a 54-year low. Employment growth in eight organised labour intensive sectors like textiles, leather, engineering, IT, tourism etc. is abysmally low – just over a lakh were given employment between April and October 2016-17. And mind you this was before demonetisation. Frankly, what effect the GST will produce on such an economy is something I would not want to think about!