Explainer: The Impact of GST on Medicine Prices

Have drug prices gone up or down? How will you know how much to pay? The Wire breaks it down. 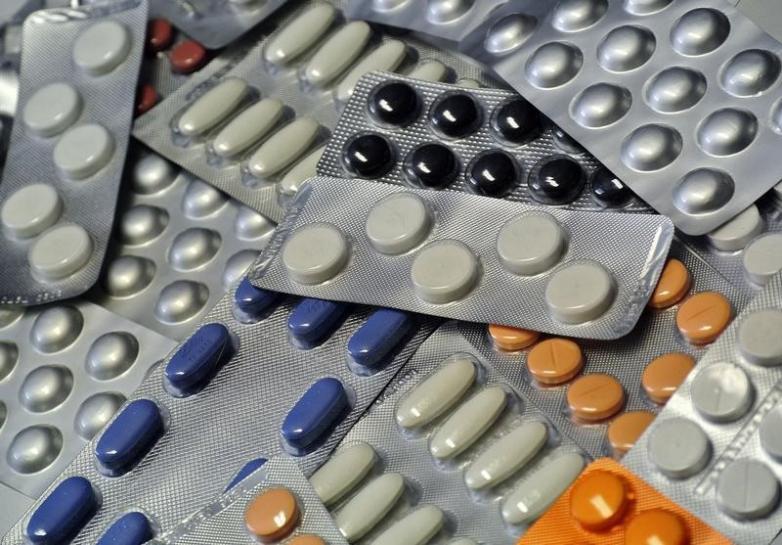 Now that the goods and services tax (GST) has been in place for over a month, more aspects of it are becoming clear. One of the questions that have come up is what it means for the affordability of medicines. GST replaces a whole host of taxes – and chiefly of relevance to medicines, the old value added tax and excise duty. All invoices – of medicine manufacturers and traders – only reflect a GST from July 1, 2017. But what does that mean in practice?

How will GST on medicines affect the consumer?

The GST on formulations (tablets/capsules/liquids) used in allopathic medical care and other health-related items fall in three categories: GST at 12%, 5% and zero. Human blood and its components, and all types of contraceptives have no GST on them.

The GST on formulations is 12% for most medicines, as compared to the earlier 9.5% effective rate (VAT + excise duty). A few medicines which earlier had no excise duty, like ORS, vaccines and insulin, but had 5% VAT, now have a 5% GST incidence.

How have prices changed?

This is the scenario in a state like Gujarat and is true for much of India. In a few states, VAT and excise duty are at different rates on certain items. If VAT and excise duty were both at zero, the increase post-GST will be zero, 5% or 12% depending on which GST category the item is in now. If excise duty was at the usual rate of 6% and VAT was zero, the increase in MRP post-GST will be 0.90 % or 7.6%, depending on whether the item is now in the 5% or 12% GST slab.

Has the government increased the ceiling prices of essential medicines listed in the National List of Essential Medicines (NLEM) and under price control?

Yes, the government has increased their ceiling prices. The new ceiling prices reflect the 2.3% increase for price controlled drugs – that is for NLEM drugs in the 12% GST category. Price control of NLEM drugs incidentally covers less than 12% of the domestic pharma market of more than Rs 1 lakh crore.

So how does it reflect on the price displayed on a strip or on medicine labels?

What about for medicines in the 5% GST category?

For medicines in the 5% GST category there will be no change on the MRP and therefore no need for new price stickers.

What if some manufacturers chose not to put stickers to reflect the 12% GST on medicines?

During the transition to the GST regime, for medicines made before July 1, some manufacturers have not changed the MRP as it is a tedious and messy procedure to put stickers, etc. Which means they are absorbing the loss of about 2.3% on the batches made before July 1 and lying in stock with them as on July 1, 2017.

When will labels reflect the price increase because of increased tax incidence due to GST?

For medicines made on or after July 1, 2017, all labels on medicines will reflect the price increase. So in 3-4 months practically all medicines in stock will be – it is expected – of only batches made from July 1, 2017. The revised MRP on the label on these medicines will be inclusive of GST.

Please note the GST is on the transaction cost – that is the price charged at every stage. Therefore, GST will be charged by the manufacturer, wholesaler and distributor on his/her sale price and not on the MRP. However, the MRP is inclusive of the GST; therefore retailers selling at or less than the MRP will have to back calculate the GST accordingly.

Who finally pays for the GST on the medicine?

The end user is the patient. The patient always paid the taxes. Under the GST regime, it is explicit.

For example, if a hospital with GST registration buys Rs 100 worth of a medicine from Alpha – where Alpha is a pharma manufacturer/trader – Alpha’s invoice to the hospital will be Rs 100 plus 12% GST = Rs 112. The GST collected by Alpha from the hospital is Rs 12. Alpha will remit to the government Rs 12, less any input credit (that is any GST paid on Alpha’s purchases).

If a hospital does not have GST registration?

What is the scenario if you include APIs (Active Pharmaceutical Ingredients), that is the raw material, in your analysis?

It does not make a positive difference to the consumer. Most APIs are in the 18% GST category, matching the effective VAT plus excise duty incidence of 17.6% before the GST regime. Some APIs are in the 5% GST category. GST on formulations is at 5 or 12%. As a formulations manufacturer, if I buy API at Rs 100 say plus Rs 18 (18% GST rate), but if I sell the formulations made from the API at Rs 200, I collect from my buyer Rs 24 (GST rate 12%) in addition. I remit to the government Rs 24: Rs 18 through the API manufacturer on paying his bill of Rs 118 and Rs 6 directly to the government.

As before, all GST paid to the government is collected from the end consumer or patient: nobody in the chain from API manufacturer or dealer to formulations manufacturer-dealer-retailer really pays out of his/her pocket in the final analysis.

So GST does not benefit the consumer by price decrease?

There is no obvious way, if one has followed the above analysis, how medicine prices can decrease if everybody at every stage maintains the same profit margins. We have seen the GST rates of 12% on formulations was about 2.3% more than the incidence of tax before GST. There is no way prices can come down because of GST per se, at least not on medicines in the 12% GST category.

So there is no conceivable ‘passing on of benefits to the consumer’ because there is no benefit to pass?

Yes, that is correct. Neither does the supply chain benefit in any way, as this business of input credit was available pre-GST too. In fact, manufacturers and traders will be filing returns every month and those small traders who are not computer savvy will need to become savvy or depend on competent persons for help.

Then who does the GST regime benefit?

Tax collectors, that is governments at the Centre and state levels, will be happy. In due course, if not immediately, all businesses, manufacturers and traders with an annual turnover of more than Rs 20 lakh will pay tax and will be ‘captured’ in the tax net. But there will be enough procedural and legal wrangles between tax payers and the governments that collect the tax, increasing the burden on courts and increasing the work, and income, of at least two professions: chartered accountants and lawyers. Absolute tax revenues will increase in the country. How such increased revenues are used for people’s welfare depends on the governments.

Interstate commerce will pick up: the pile up of trucks at the state border will be less as also the regime of road permits – and associated corruption that you had to face if you had to sell interstate within India – will be history. It already is for the most part. In one year we will know how things are working out.

Unlikely. We hope we are wrong.