FPIs Pulled Out Over Rs 15,000 Crore From Indian Markets in January So Far

After China reopened its economy after an aggressive zero-COVID-19 policy, its markets have become more appealing for investors from a valuation standpoint. 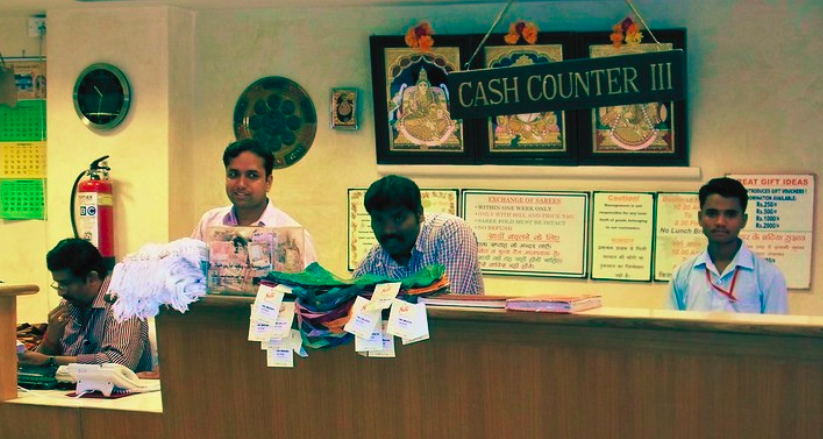 Representative image of a cash counter at a shop. Photo: Sasha India/Flickr (CC BY 2.0)

New Delhi: Foreign investors pulled out Rs 15,236 crore in January so far from the Indian markets on aggressive reopening of the Chinese markets after the lockdown and concerns about the US economy entering a recession.

After China reopened its economy after an aggressive zero-COVID-19 policy, its markets have become more appealing for investors from a valuation standpoint. According to experts, the Chinese market is available at a price-to-earnings multiple of 10x to 12x as compared to India which currently has a P/E multiple of 20x. A P/E shows what the market is willing to pay today for a stock based on its past or future earnings. Simply put, Chinese stocks are cheaper than Indian stocks.

Himanshu Srivastava, associate director – manager research, Morningstar India, told the PTI that “as a result [of its zero-COVID-19 policy], Chinese markets fell, making them more appealing from a value standpoint. This caused FPIs to shift their focus from economies with relatively high valuations, like India, to China.”

“Additionally, concerns about the US economy entering a recession remain persistent, which was further supported by uninspiring US statistics,” he added.

FPIs are those who invest in the financial assets of a country while not being part of it. Foreign portfolio investment is an indicator of the stock market’s performance. It also enhances stock market efficiency and ensures that there is a balance between the value and the price of a stock.

In January so far, FPIs were big sellers in financials, IT and telecom, the news agency reported.

Arvind Sanger, managing partner, Geosphere Capital had in December had told the Economic Times, “If they [China] get past COVID-19 problems by the first quarter of 2023, then it could be the market of the year as emerging markets rebound from very beat up levels.”

However, the sustained selling by FPIs is a bit surprising since the dollar index has been steadily declining, V.K. Vijayakumar, chief investment strategist at Geojit Financial Services, told PTI. “The dollar index has declined from a 2022 peak of 114 to around 103 now,” he added.

“The declining dollar is favourable for emerging markets and, therefore, India should have received inflows. But what is happening now is that FPIs are investing heavily in cheaper markets like China, Hong Kong, South Korea and Thailand and they are selling in relatively expensive India,” he said.

FPIs invested Rs 11,119 crore in December and Rs 36,239 crore in November in the Indian markets, the news agency reported.

They pulled out Rs 1.21 lakh crore from the Indian markets in 2022 – the highest-ever yearly net outflow – on aggressive rate hikes by central banks globally, volatile crude, rising commodity prices and the Russia and Ukraine conflict.

In fact, in a Bloomberg Opinion piece, published in December, Andy Mukherjee had quoted Arvind Subramanian, an economic adviser to the Narendra Modi administration until 2018, and Josh Felman, a former International Monetary Fund official in New Delhi, saying that “India faces three major obstacles in its quest to become ‘the next China;’ investment risks are too big, policy inwardness is too strong, and macroeconomic imbalances are too large.”