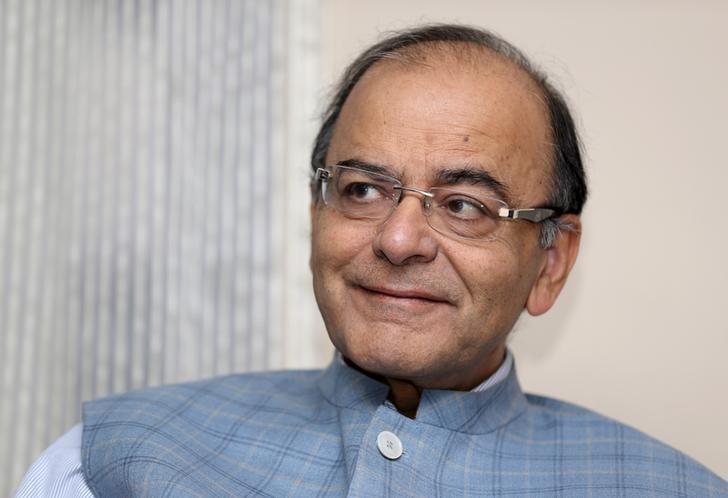 New Delhi: While the medium-term impact of demonetisation may eventually be decided in terms of GDP loss versus the prospect of a potentially larger formal economy – setting aside whether the liquidity windfall that has hit India’s banks will be permanent or temporary – the last week has thrown up a handful of signals what the short-term scenario will look like.

On Monday, finance minister Arun Jaitley kicked things off by rubbishing “anecdotal claims” of a slowdown amongst India’s small and medium businesses and said that the collection of both indirect and direct taxes had registered “good growth” in the month of December.

Suggesting that the impact of demonetisation on economic activity had been limited, Jaitley added that most states had reported an increase in VAT collections in December, and that “well-administered states had not seen any impact on tax collections”.

Jaitley was of course responding to not only mounting anecdotal evidence of mass rural migration, as a result of the urban informal economy taking a hit, but also a study released by the All India Manufacturer’s Organisation (AIMO) on Monday.

The AIMO study points out that in the first 34 days since demonetisation, micro and small-scale industries on average cut 35% of their workforce and saw an up to 50% dip in revenue. The AIMO represents over three lakh micro, small-scale and medium-scale industries engaged in manufacturing and export activities.

Why has and the small-and-medium business industry been hit so badly by demonetisation? To be sure, there are a few economic factors apart from demonetisation at play: there’s some evidence to show that the Indian economy was slowing down a bit even before notebandi, uncertainty over GST remains a concern and a weaker rupee was also playing spoilsport.

Apart from just SME businesses, medium and large-scale industries engaged in infrastructure projects, such as big-ticket road construction, also “reported an average 35% cut in jobs and a 45% loss in revenues”.

The second visible sign of how demonetisation has impacted the Indian economy is the plunging of bank credit growth to a historic low.

An SBI report, produced by the economic research wing of the bank, notes that “fortnightly data of ASCB indicates that credit off-take (YoY) has declined to a historical low of 5.1% as on December 23, 2016”. Just after demonetisation, from November 11 to December 23, credit off-take has “declined by Rs 5,229 crore while banks’ deposits grew by around Rs 4 lakh crore”.

What does this mean, that the Indian banking system’s credit growth is at a near 20-year-low? Simply put, corporate borrowers not see future economic activity or demand that would prod them into borrowing money.

The RBI’s data shows that there is a slowdown in credit for the month that demonetisation was announced (November) and a slowdown in credit across most sectors on YTD (year-to-date) basis. The table below (Table 1) shows that on a year-on-year basis, the only sector that saw an increase in credit growth was services and automobiles (vehicle loans). SBI chief economist Soumya Kanti Ghosh notes that “major sub-sectors in ‘Industry’ which witness deceleration/contraction in credit include infrastructure, food processing, chemical and chemical products, all engineering, textiles and basic metal and metal products”.

Market economist largely agree that credit growth could slip to 6% in the next financial year, and that the drop in November and December were largely due to demonetisation. CRISIL’s chief economist DK Joshi notes that while credit growth has been low throughout 2016, the significant drop in the last two months was because of demonetisation’s disruptions. “Otherwise there was no reason for credit growth to fall. The economy was looking up, there was the pay commission hike, there were good rains, and some interest rate cuts were being passed on to borrowers, which would have created more demand for credit,” he told The Times of India.

The Indian banking system in the last week has reacted predictably to the slowdown in banking credit growth. Flush with an “unprecedented surge in liquidity” – courtesy the Rs 14 lakh of demonetised currency that has come back into the system – SBI cut its lending rates by 90 bps. Most other public sector and private sector banks also reduced their MCLR in the range of 10-85 basis points.

How much will this help, bearing in mind that the Centre for Monitoring Indian Economy has noted that the average daily value of new investment proposals announced since November 8 have slumped by nearly 60%?

An SBI analysis shows that from November 2008 to August 2010, banks had slashed lending rates (back when it was BPLR) by 75-80 bps and “there was an incremental credit growth of around Rs 7.3 lakh crore from an yearly average growth of Rs. 4 lakh crore”. After banks shifted away from the BPLR mechanism of pricing lending rates, there was a decline in rates which “pushed average credit growth 22.0% during July 2010 to march 2011.

Consequently, a SBI report believes that credit growth could pick up. The housing sector, for instance, could be one bright spot. Even during the demonetisation months of November and December, “housing credit managed an increase of Rs 4,063 crore”.

The slump in credit growth should not take away from two other fundamental concerns. The first is the general and acute shortfall in bank capital. Secondly, the general slowdown in small-and-medium businesses and the Modi government’s decision to underwrite loans to this sector up to Rs 2 crore. As commentator Andy Mukherjee notes and as the AIMO study makes clear, this is not a sector you want propping up the Indian banking system’s credit growth at the moment. Not atleast until the process of re-monetisation is over and free-flowing cash supply has been restored.

There are two caveats that should be kept in mind here. Firstly, in 2013-14, when GDP growth was at a dismal 4.7% (later revised after base year changes), direct taxes and indirect taxes grew by 14% and 15%! Tax collection therefore, in general, is not a good sign of GDP growth or the healthiness of an economy, experts say. Increased collection could simply point to better compliance or tax administration in that specific year.

Secondly, as a number of commentators have noted, the whopping increase in central excise collections largely comes taxes on from the oil and gas sector. An-ever increasing excise tax on petrol and diesel is why indirect tax collection has increased. As The Wire reported, in late December 2015 and early 2016, the excise duty on petrol diesel was hiked five times over just three months, increasing the excise duty on petrol by 34%.

Therefore increased tax collection says very little about the effect of demonetisation on India’s economy. The developments that we need to watch out ahead include the Union Budget and what role it will play in increasing consumer demand, looking out for whether the Indian banking system’s liquidity windfall will last, and how the recapitalisation of banks will play out.