The shortcomings of the FIPB were merely symptoms of a deeper problem in the primary law, the Foreign Exchange Management Act 1999. 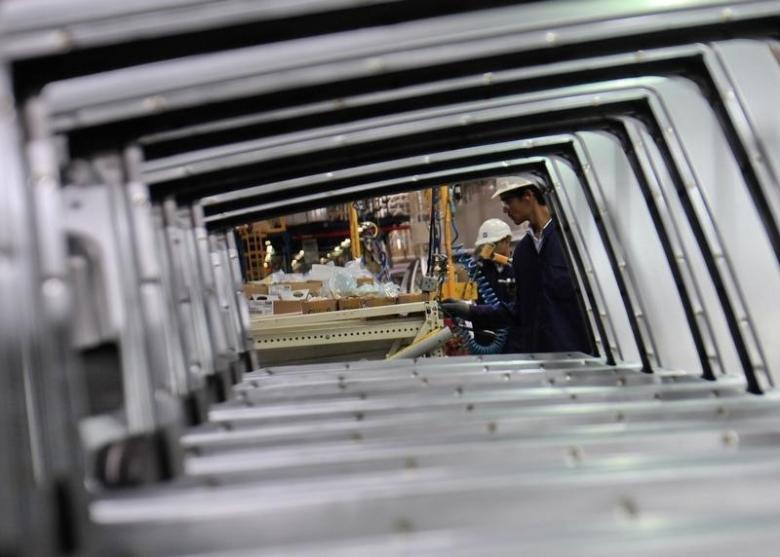 Representative image: Employees are seen working through the doors of Chevrolet Beat cars on an assembly line at the General Motors plant in Talegaon, about 118 km from Mumbai September 3, 2012. Credit: Reuters/Danish Siddiqui

Foreign investment into India has always been heavily regulated, requiring approvals from various government ministries. Post liberalisation, a need was felt to create a single window for foreign investors applying for such approvals. As a result, the Foreign Investment Promotion Board (FIPB) was established in August 1991. Initially it was placed within the prime minister’s office since its credibility needed to be projected speedily. Then it shifted to the Department of Industrial Policy and Promotion (DIPP) and finally to the Department of Economic Affairs (DEA) in the Ministry of Finance. Here it functioned as an inter-ministerial body making recommendations to the finance minister for grant of approval for foreign investments as per the regulations under the Foreign Exchange Management Act, 1999.

Although the FIPB was a single window for foreign investors, at the back-end it was an agglomeration of various ministries whose views were necessary. It comprised secretaries from the DEA, the DIPP, the Department of Commerce, the Ministry of External Affairs, the Ministry of Overseas Indian Affairs, the Department of Revenue and the Ministry of Small, Medium and Micro Enterprises. Depending on the sector to which the investment proposal pertained, the concerned ministry would also be asked to give comments. At times, views of the RBI would also be sought. Naturally, this inter-ministerial coordination process took time and frequently delayed the approval process. Consequently, FIPB ended up being seen as another bureaucratic body delaying approvals. This fuelled the demand for a better substitute.

In a recent spate of reforms, the cabinet finally decided to scrap the FIPB. Now, foreign investment in any of the 11 notified sectors would require approval from the concerned administrative ministry. Last week the DIPP issued a Standard Operating Procedure for processing FDI proposals under this new regime. The most promising feature of this SoP is the 8-10 weeks time frame within which investment applications are required to be cleared by the government ministries. But will this reform ensure timely disposal of foreign investment approvals? To answer this, it would be useful to understand the legal institutional framework within which foreign investment approvals are processed in some advanced jurisdictions.

In contrast, the Indian primary law – the Foreign Exchange Management Act, 1999 (FEMA) – does not create any institutional accountability. It does not prescribe any time limits for the finance minister to dispose of foreign investment applications. Neither is FEMA clear on the purpose of government approval itself. Further, the law does not require the government to give any reasons for rejecting an investment application. These are fundamental problems in the current Indian legal institutional framework around FDI approvals.

The DIPP’s new SoP does not resolve any of these fundamental issues. The timelines it imposes on the ministries for various actions are not even binding. This is because the SoP is not a legal instrument. It is merely a pdf document uploaded as a public notice on the DIPP website. That does not make it a law binding on the different ministries in the government. At most, it is an aspirational document laying out the good intentions of the government. But if a ministry violates it, there are no consequences or sanctions. The SoP does not in anyway change the internal incentive structure of the bureaucracy to ensure that they comply with the timelines. Therefore, the SoP fails to solve the root cause of delay at FIPB – lack of time-bound inter-ministerial coordination needed for timely grant of approvals.

Any reform to the Indian FDI approval regime must start with a complete rethinking and redesigning of the primary law – FEMA – from first principles. What is the market failure in the field of capital controls? Why is government approval even necessary? How can the government be made accountable to ensure that approval decisions are made in time-bound manner without prejudicing the main purpose of such approval?

The Financial Sector Legislative Reforms Commission (FSLRC) answered these fundamental questions based on a holistic review of international best practices. It recommended that the objective of capital controls should be to address national security concerns. In addition the report envisaged controls of temporary nature to address crisis situation. All these aspects are codified in the chapter on capital controls in the Indian Financial Code, the draft law prepared by the FSLRC. Even as we debate the objectives of capital controls, the law on capital controls must be unambiguous in laying down an effective procedure for processing FDI proposals. As an example, clause 243 of the IFC provides for a 90 days time-bound process to be followed by the central government while approving or rejecting FDI proposals. Chapter 9 of the FSLRC Handbook released by the Ministry of Finance further elaborates this approval process.

The shortcomings of the FIPB were merely symptoms of a deeper problem in the primary law, FEMA. This underlying problem can be resolved only by replacing FEMA with a coherent new primary law. The new law should require government approval only for foreign investment in sectors that are strategic from the viewpoint of national security considerations or to address emergency situations such as war, or balance of payments crisis. The law should also focus on accountability of the government. It should provide clear time-bound legal processes and require the government to give reasoned orders while rejecting an investment proposal. Only such fundamental legislative reforms can help create a better substitute to FIPB.

Pratik Datta, Radhika Pandey and Sumant Prashant are researchers at the National Institute of Public Finance and Policy, New Delhi.

This article was originally published on Ajay Shah’s blog.