Explained: The Why and Why Now of the Stock Market's Continuing Rise

There is an edgy tension to the stock market universe; minor corrections lead to nervous chatter about the much awaited fall. But they are swallowed up so quickly that one cannot yet give up on this surging wave. 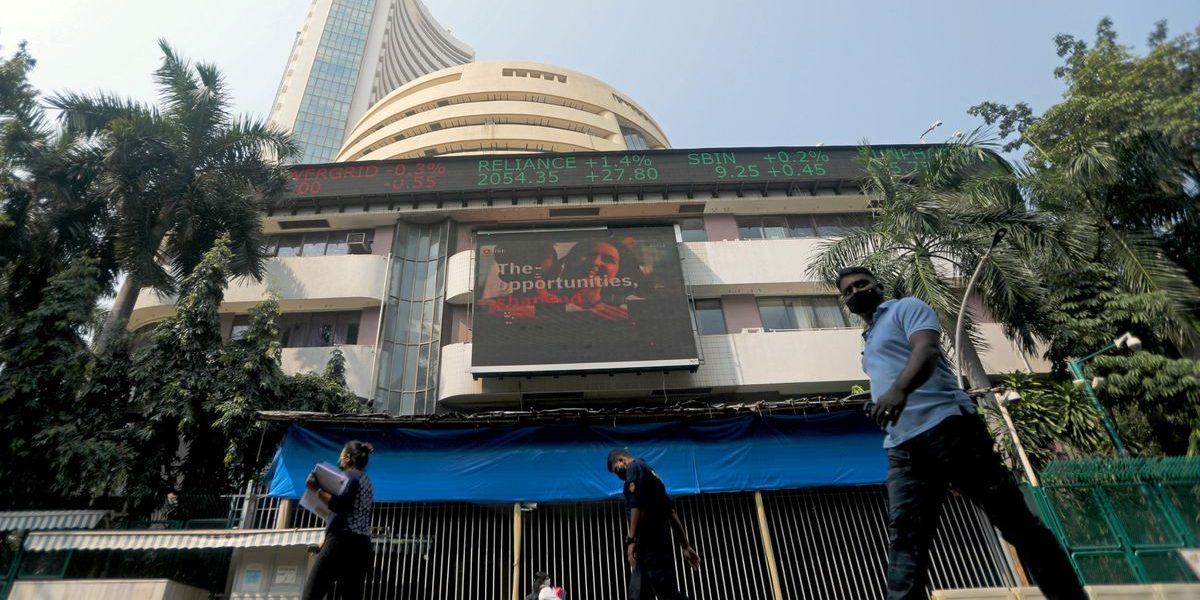 In a recently released American mystery-comedy television series called Only Murders in the Building, a veteran cop lays out the investigation track to rookie investigators. “Don’t focus on the when. Focus on the who, the how, the why and the why now.”

It’s been somewhat like that with the stock market’s recent rise and rise. Let’s do some sleuthing of our own to understand what’s been happening here.

With great tragedies come great liquidity – the US Federal Reserve has been providing liquidity on tap and it doesn’t seem to be in a rush to either taper or turn. The Fed’s statement a few weeks back said it would begin reducing its asset purchases very soon and may even finish tapering by mid-2022. Even with that indicated taper, two things remained clear; dollar liquidity is unlikely to reduce quickly in global financial markets.

That means the recent foreign fund inflows into domestic equities may not wane. FPIs (foreign portfolio investments) infused $8.88 billion into equities in the first nine months of the calendar year 2021. Bear in mind, of that figure, $5.15 billion has come through IPOs and $3.73 billion came in as net inflows into secondary markets.

Second, the path towards actual rate hikes will be much slower than a planned taper. The furious flow of money has been widespread in its bounty and impact – global markets have been rallying across regions. The Nikkei is up 24% in a year, European markets have seen rallies of between 20%-25% and the S&P 500 in the US is up a whopping 31% in a year. The only is exception China. The Evergrande crisis has kept things in check for that market, but not for long it seems as the last few weeks have seen it playing catch up.

To be fair, the stock market and the companies that constitute it have also not fared the way the broader Indian economy has. Q1 FY22 profits of 4,000 listed corporates saw numbers 16% higher than the same period two years ago, from before the pandemic.

For Q2, Crisil expects to see 18%-20% revenue growth across sectors, led by higher volumes and commodity prices – albeit all this on a low base from last year. Much like the Jekyll and Hyde nature of economic recovery across households, India Inc as represented in the stock market has not felt the pain that smaller companies and businesses have.

But the magic sauce, to my mind, comes from two quarters. 2021 has been a golden phase for IPOs: 42 IPOs in the first nine months of the year and at least 35 companies are planning to launch IPOs during October-December, including big ticket faces like Paytm and Nykaa. There are serious concerns about valuations and earnings but let’s leave that aside for a moment. An early investor in Zomato told me the feedback from merchant bankers was that there was a surge in new demat accounts just ahead of the company getting listed. People were opening an account only in order to apply for the IPO. Zomato and its listing could have been the galvanising moment for the primary market, where it signalled a peak for the IPO craze, or the beginning of the end.

It is also a new generation of retail investors. The generation that burnt their fingers with the Reliance Power IPO debacle is gone. This is a new and aggressive investor, who wants returns, and wants them fast. The mutual fund industry crossed a milestone of 10 crore folios during the month of May 2021.

Also read: Ease of Doing Business Ranking: Why Was It Scrapped, Who’s Guilty of Manipulation?

Average Assets Under Management (AAUM) of the Indian mutual fund industry have been growing steadily and stood at Rs 37,40,791 crore for the month of September 2021. Yes, retail has entered relatively late in the game and yes, there has also been a rise in demat accounts (as of July end, total number of demat accounts in the country was 65 million, up from 55 million at the end of March 2021), suggesting that they’re trading on their own and not only via Mutual Fund investments. A rash of trading apps and platforms have seen the retail world turn to stocks like bees to honey. Crypto is the other phenomenon they’re chasing. There is a need for speed, in returns and performance.

And finally, there remains a lack of competition – real estate remains a slow moving horse, inflation adjusted returns on fixed deposits imply barely any growth and gold has faded, quite literally, to the background.

There is an edgy tension to the stock market universe; minor corrections lead to nervous chatter about the much awaited fall. But they are swallowed up so quickly that one cannot yet give up on this surging wave. Market watchers who have lived through many waves warn that there is a bubble forming and every investor wants to be the one who ‘timed’ this best. For now, the market is the Pied Piper and the music is still playing.