The Wire spoke to experts in the field on whether or not they thought this was good idea, whether it was a useful move in curbing black money and what other possible impacts it could have. 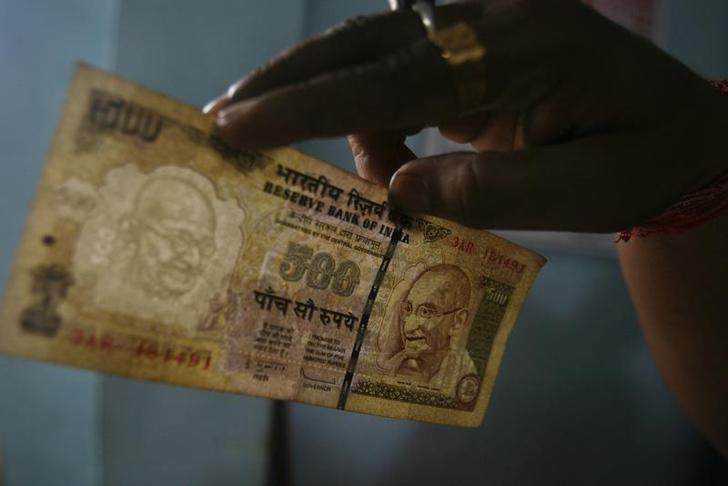 An employee checks a Rs 500 note at a cash counter inside a bank in Agartala August 9, 2011. Credit: Reuters/Jayanta Dey/Files

On Tuesday evening, the central government announced that Rs 500 and Rs 1,000 notes will no longer be legal tender, starting from midnight November 8. Addressing the nation, Modi said this move was needed to tackle the “disease of black money”.

The Wire spoke to experts in the field on whether or not they thought this was good idea, whether it was a useful move in curbing black money and what other possible impacts it could have. In a surprise decision, the prime minister of India has announced that Rs 500 and Rs 1,000 rupee notes will not be legal tender. ATMs will not work and banks are to be closed tomorrow to implement this scheme. This is supposed to be a way of addressing terrorist financing, black economy, “anti-social elements” and corruption. Whether true or not (as time will tell) it will devastate normal functioning of the economy. Any Indian who has acquired money from ATMs or as salaries in cash (low paid service sector workers, for example) and who cannot pay with credit or debit cards would have to rush to a closed bank (if she or he needs ‘cash’ tomorrow). That is bad enough. But the implications are larger. What this would do is freeze the payments and settlements system for some time, freezing trade and the functioning of an exchange economy. The prime minister has declared war on the ordinary citizen in his misplaced belief that this can defeat a host of other real and imagined enemies.

Arvind Virmani, economist and former Indian representative to the IMF This is a useful method of flushing out black money, given that a large percentage of cash holding is in these two denominations. The manner in which it was implemented is not surprising – such actions are always secret till announced, so that insiders do not take advantage of the information at the cost of the outsiders (i.e. the rest of us).

Small traders (or others who do not have bank accounts and are dependent on cash) can go to the bank, open an account if they don’t have one and deposit the money. They can then withdraw any amount and continue with their usual activities. However, there will be a short term problem of availability of new currency & long lines at banks. I expect this to disrupt economic activity for a couple of weeks.

In rural areas, as rural people know each other more closely, they could operate for a while on the basis of IOUs and trust, till they are able to exchange their currency. Getting to a bank may be difficult for many of them, so they may have to pool currency. And give commision to someone to do it for the entire village (for example).

Indira Hirway, director and professor of economics at the Centre for Development Alternatives, Ahmedabad The step is positive, but how it will affect those without bank accounts is a worry. There are many businesses, such as real estate, where there is large amounts of unaccounted money. This move will force people to take this money to banks if they want to keep it, and the money will be accounted for.

But it will also create some problems. There are many who get their salaries in cash and do not have bank accounts. But (RBI governor) Urijit Patel has said the Rs 2,000 note will be available soon, so then this will be easier again.

While there will be short-term difficulties, in the long run, the move is useful in doing away with black money. Another difficulty is also that the Rs 2,000 note may generate black money again. This concern will need to be addressed. The sudden decision to demonetise currency notes of Rs 500 and Rs 1,000 is targeted to reduce illicit stocks of black money and fake currency. This has a clear rationale if such notes are used mainly to stock undisclosed wealth, rather than for transactions. However, RBI data show that currency notes of these two denominations make up over 80% of the total currency in circulation. Therefore, unless a very large proportion of money in circulation lies permanently as stocks, the demonetisation can also be expected to have a significant immediate effect on that part of the economy which relies mainly on cash transactions.

The size of India’s cash economy is not exactly known but, given the large proportion of workers in informal sectors, it is unlikely to be less than half the total economy. We can, therefore, expect an immediate contraction of this part of the economy in the next two days and with the effect stretching over a longer period of time, although diminishing over time. Whatever its long-term positive effects, those depending on cash whether for daily wages or as payments for goods or services they sell are likely to be in for tough times in the coming days. In the long term as well, all that this does is partially eliminate some black money stocks without undoing the processes that lead to black money creation.