Employee Addition by TCS, Infosys, Wipro and HCL Drops Over 76%

The top four Indian IT firms added 13,972 employees on a net basis. 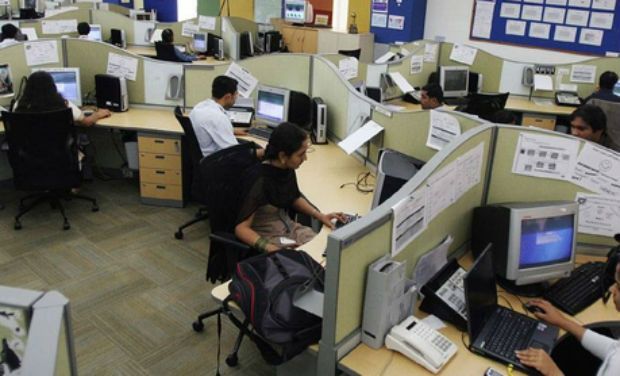 Tata Consultancy Services (TCS), Infosys, Wipro, and HCL Technologies — made net additions of 13,972 employees (taking into consideration the number of people exited in the year), compared to 59,427 in 2016-17. Credit: PTI

Net employee addition by the top four Indian information technology (IT) services companies in 2017-18 dropped by more than three-fourths. Even though these companies showed good revenue growth during that period, the non-linearity drive the industry had undertaken had been clearly paying dividends.

In the year ended March 31, 2018, the top four Indian IT firms — Tata Consultancy Services (TCS), Infosys, Wipro, and HCL Technologies — made net additions of 13,972 employees (taking into consideration the number of people exited in the year), compared to 59,427 in 2016-17. This indicates the increasing focus on automation tool and technologies that the industry has been embracing to improve efficiency and service clients better.

“Amidst continued broadly positive earnings reports, the indicators for headcount reiterate the secular shift from labour arbitrage toward notions of digital and automation,” said Tom Reuner, managing partner, Business Operations Strategy and M&A Advisory at HfS Research. “The deceleration of hiring or even the reduction of headcount progresses much faster than we did anticipate,” he added.

Saurabh Govil, president and chief human resources officer of Wipro, says while the non-linearity drive is at play, it does not mean the company would step back from hiring the required number of people when there is a client demand for certain technologies or skill sets. “There is a greater deal of focus on non-linear methods and automation across the industry,” says Govil.

“But you will have to start seeing headcount and revenue linkage in two parts. The first part is driven by the need to invest and hire across the globe, localise, and get new skills.

The second part will see productivity happening, driven from the tools we are going to use. This trend will continue.”

Brokerage firm Nirmal Bang in a recent report said that “structural pressures … will continue to constrain growth (for tier 1 IT companies)”. These include value compression and cannibalisation from automation, movement to cloud, and a weaker but improving competitive position in “new areas” and insourcing. Most large companies have curbed their hiring plans in 2018-19 because they continue to invest in digital technologies. TCS, with 20,000 campus offers last year and they will start joining in 2018-19, said it would follow the just-in-hiring model for lateral hiring.

In the year, the share of digital shot up from 17.9% to 23.8% of total revenue. The TCS management has indicated double digit revenue growth for 2018-19 on the back of localised hiring and largescale reskilling. “TCS has been building capacity, especially for digital, over the last 18 to 24 months.

With high utilisation of the trained workforce, hiring is expected to remain controlled in the near future,” brokerage firm J. P. Morgan said in a recent report.