In an interaction with top business leaders in Chennai, Sitharaman sought sector-specific solutions that could help address the slowdown. 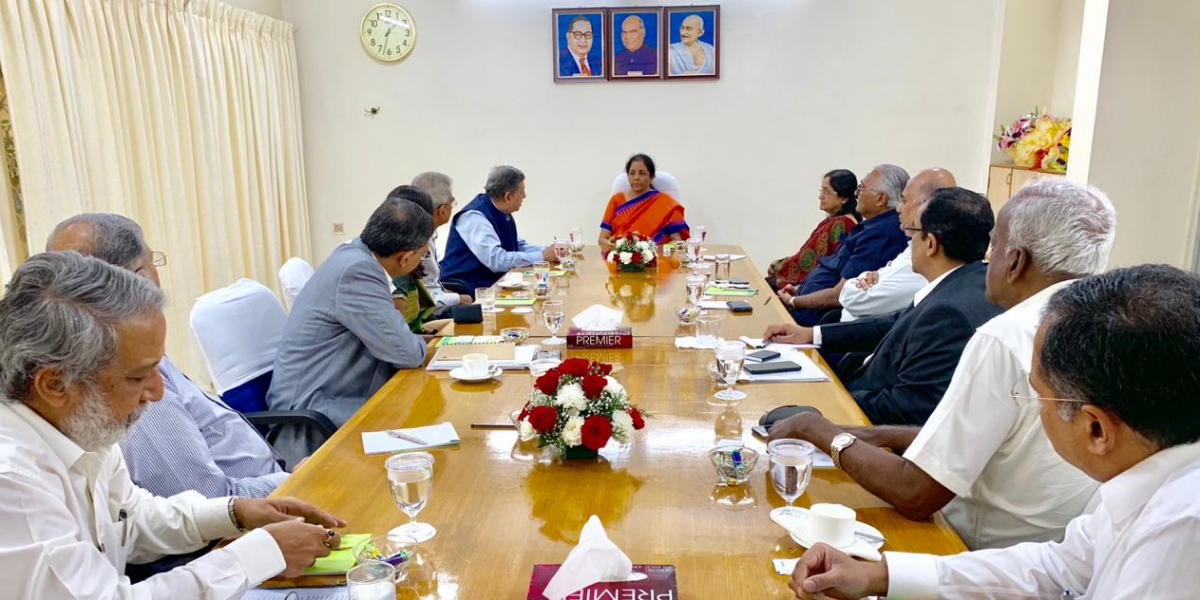 With the economic slowdown becoming the talk of the town, industrialists across various verticals reportedly took part in the discussion with the finance minister.

The meeting, The Wire has learned, was primarily aimed at getting a sense of the emerging ground situation of various industries of the economy.

Also Read: Cyclical or Structural – What Is the Nature of India’s Economic Slowdown?

Also, Sitharaman was reportedly keen to get a view of the sector-related issues and sought to get sector-specific solutions from the captains of the industry.

Though the meeting was informal, the list of participants gives a clue or two to the significance attached. Held over lunch, the meeting lasted over an hour.

Reviving consumption demand appears to be the primary focus and challenge at the moment.

Auto sales have seen an unprecedented decline in the past few months and the housing sector remains sluggish. The IL&FS controversy, in its wake, has put the NBFC (non-banking company) sector in a tight spot. The avoidable announcements on e-vehicle and overloading trucks have all collectively combined to slow the economy’s engines.

“It was a candid meeting. The finance minister listened a lot,” said a participant who declined to be quoted. If sources were to go by,  the industry leaders were given enough time to articulate the issues in their sector. The minister reportedly assured the industry leaders that their views would be provided to the task force that is now looking into the larger issues afflicting the economy.

The industry leaders, it is learnt, also sought the minister to have certainty vis-a-vis taxation and policy.

Stating that “it is not gloom and doom situation”, the minister is also believed to have articulated the need to erase negative perceptions surrounding the economy.

This is, perhaps, the first time in many years that the industry captains from Tamil Nadu had an opportunity to have a free exchange with the finance minister. Sources said that the dozen or odd participants gave the finance minister a free view of their sense of the slowdown.