"This (growth) projection is based on the assumption that there will be no further debilitating pandemic-related economic disruption," the lead author of the Economic Survey said. 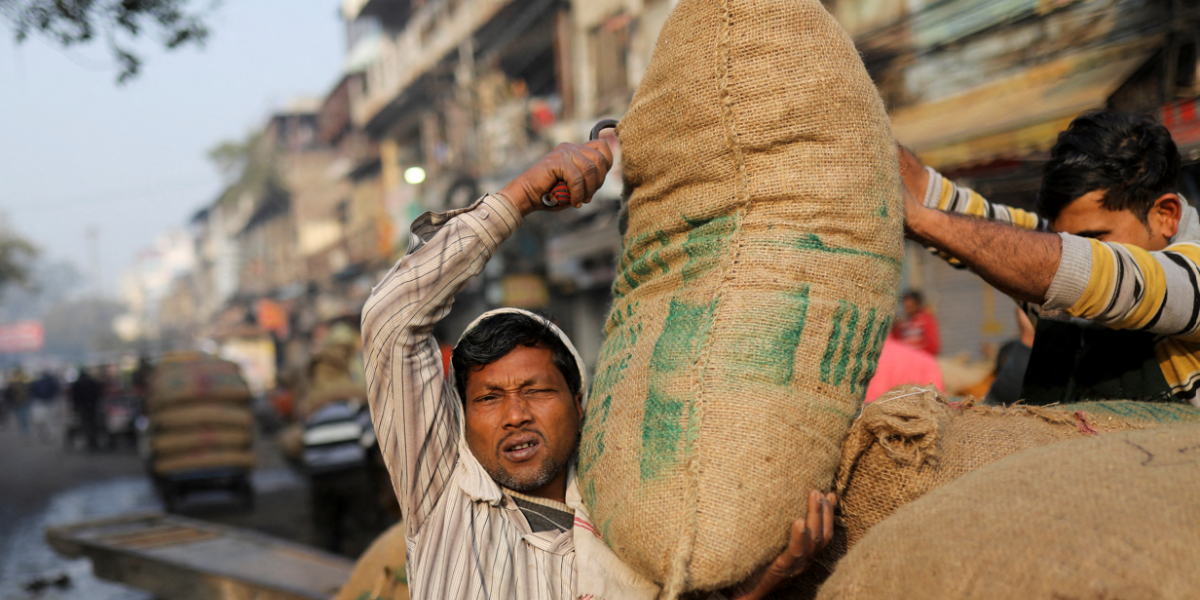 A labourer reacts as he carries a sack at a wholesale market in the old quarters of Delhi, India, January 31, 2022. REUTERS/Anushree Fadnavis

New Delhi: India has forecast its economy will grow 8% to 8.5% for the fiscal year starting in April, down from 9.2% projected in the current year, as it fights a spike in COVID-19 cases and rising inflationary pressure.

The report was tabled by finance minister Nirmala Sitharaman in parliament ahead of the annual budget on Tuesday.

“This (growth) projection is based on the assumption that there will be no further debilitating pandemic-related economic disruption,” said Sanjeev Sanyal, principal economic adviser at the finance ministry and the lead author of the report.

The growth projections also assumed a normal rainfall and an orderly withdrawal of global liquidity by major central banks, the report said.

India’s economy has been on the mend after the government lifted mobility measures in June to curb the spread of coronavirus, after contracting 7.3% in the previous fiscal year.

But after a surge in Omicron cases early this month, many private economists and the International Monetary Fund (IMF) have cut growth estimates to 9% from an initial 11% estimate.

The annual report, which presents a report card of India’s economic achievements and provides new estimates, has often missed targets.

Last year, it forecast annual economic growth of 11%, that was later revised down by the Ministry of Statistics to 9.2%, after economic activity was hit hard by the Omicron variant.

Private consumption, accounting for nearly 55% of GDP, remains weak amid rising levels of household debt, while retail prices have soared since the coronavirus outbreak began in early 2020.