Dubious Citations Tell Their Own Story in the Economic Survey

Unusual citations in the survey could indicate the awkward situation of the chief economic adviser, in the face of interference by the finance minister or even the prime minister’s office. 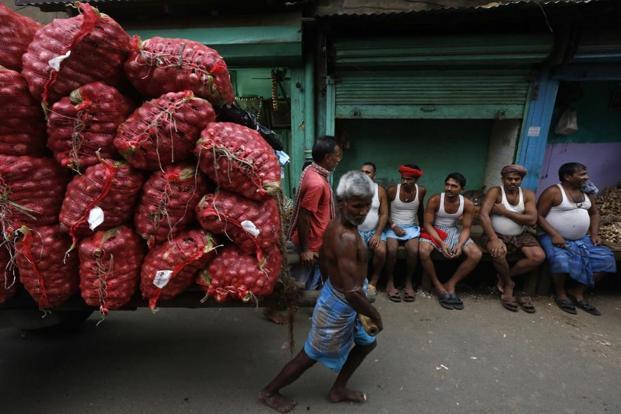 Has there been a concerted attempt to downplay the effects of demonetisation in the Economic Survey? Credit: Reuters

The Economic Survey is the flagship document of the Ministry of Finance, presented by the finance minister to parliament on a day prior to the release of the Union Budget. This prestigious economic document is the responsibility of the chief economic adviser to the Indian government and is widely read by academics and those interested in the state of the Indian economy. Its premier status as the most credible annual review of the Indian economy implies that its own sources and citations withstand academic scrutiny.

The Economic Survey 2016-2017 is no doubt a mine of information and packed with interesting research and innovative use of Big Data. At the same time, however, it has some unusual citations and references on some critical subjects which hardly befit a document of such weight.

The Economic Survey 2016-2017 acknowledges the widely held view of demonetisation adversely impacting the “less well off” in the informal, cash intensive segments of the economy in the short term, but then asserts that it is this very segment that has supported demonetisation. It justifies this ‘popular support’ by stating, “A recent phone survey across households in five states shows that approval rates for demonetisation have remained high – over 75 percent on average.” (page 51) No other details of this mysterious phone survey are provided, such as: the agency which conducted it, the specific dates when the survey was undertaken, the names of the five states and the specific locations (metropolitan, urban and rural), the sample size and the specific questions posed. Without these specifics the phone survey has no credibility. It is amazing that the Economic Survey authored by the chief economic adviser to the Indian government can cite such an anonymous survey to justify popular support of a measure ridiculed by economists across the ideological spectrum and causing widespread suffering to the masses. Such a citation would not have passed muster in an undergraduate economics paper, let alone such an important reference document.

Commenting on the sudden surge in Jan Dhan (financial inclusion scheme of the government) bank account deposits during the demonetisation phase, the Economic Survey states, “It was also widely reported that Jan Dhan accounts witnessed a surge in deposits during the 50-day window between November 8 and December 30 – though the amount of this increase was relatively small, around Rs 42,000 crore [Rs 420bn].” What is interesting in the statement is that the source of this information is an article in The Hindustan Times, which was also published (PTI) in other newspapers. The amount of Jan Dhan deposits has been provided by an anonymous “top government official.” The issue is: should the Economic Survey be citing press reports, that too from an anonymous senior government official, to disclose amounts deposited in the Jan Dhan accounts, when it could have easily sought credible information from the Reserve Bank of India? By citing such sources it appears that not only is the RBI, an institution discredited for its opaque functioning in the demonetisation debacle, not giving relevant information to the public, but it is also not disclosing or is incapable of providing such information to the Indian government.

Dwelling on the asset quality issue in the Indian banking sector in its chapter on the festering twin balance sheet problem of Indian banks and highly leveraged business houses, the Economic Survey states, “Market analysts estimate that the unrecognised debts are around 4 percent of gross loans, and perhaps 5 percent at public sector banks. In that case, total stressed assets would amount to about 16.6 per cent of banking system loans – and nearly 20 percent of loans at the state banks (Figure 6b).” The source for the unrecognised “evergreened” debt is Credit Suisse, the global investment bank. It is highly unusual for a government agency to cite an estimate provided by a foreign investment bank on a sensitive issue of dubious evergreened loans when the RBI and the government should have been monitoring and having this critical information. By citing Credit Suisse estimates, the government is acknowledging that, one, the government and RBI are clueless on evergreened loans, and, two, the Credit Suisse estimates are more reliable than the RBI’s. For non-government agencies and individuals to cite Credit Suisse estimates is one thing, but for the government of India’s Economic Survey to cite it is a different matter altogether.

Arvind Subramanian and his team’s fondness for citing Credit Suisse continues when it provides a chart on the percentage growth in nominal corporate credit, commercial paper and bonds from September 2013 to September 2016. The data in this chart should be in the public domain as this information is regularly released by the RBI and other agencies and in all likelihood Credit Suisse would have sourced this information from these sources. At a time when the prime minister is extolling Make in India, for the Economic Survey to cite Credit Suisse for this information when government agencies are releasing the same to the public does not reflect well on the authors.

There is another explanation for some of these lapses, if we read between the lines. We know from the survey that Subramanian’s own views on the actual exercise of demonetisation are mixed, to say the least. The survey says diplomatically that although the public debate on demonetisation raised the issue of its “broader management as reflected in the design and implementation of the initiative” it strangely concludes that the survey, “is not the forum to discuss [it]”.  Actual data from the survey subtly undermine the case for such an exercise. These unusual citations could indicate the awkward situation of the chief economic adviser himself, in the face of interference by the finance minister, or even the prime minister’s office.  The “phone survey” citation could easily have come in a speech by the Great Communicator; it may have been inserted in the survey by the powers that be. The Hindustan Times citation merely shows that Subramanian tried to find a way around the present government’s refusal to part with any information about the demonetisation exercise (was the anonymous source the CEA himself?).