'Don't Damn GST': Nirmala Sitharaman Admits it 'Might Give Difficulties' 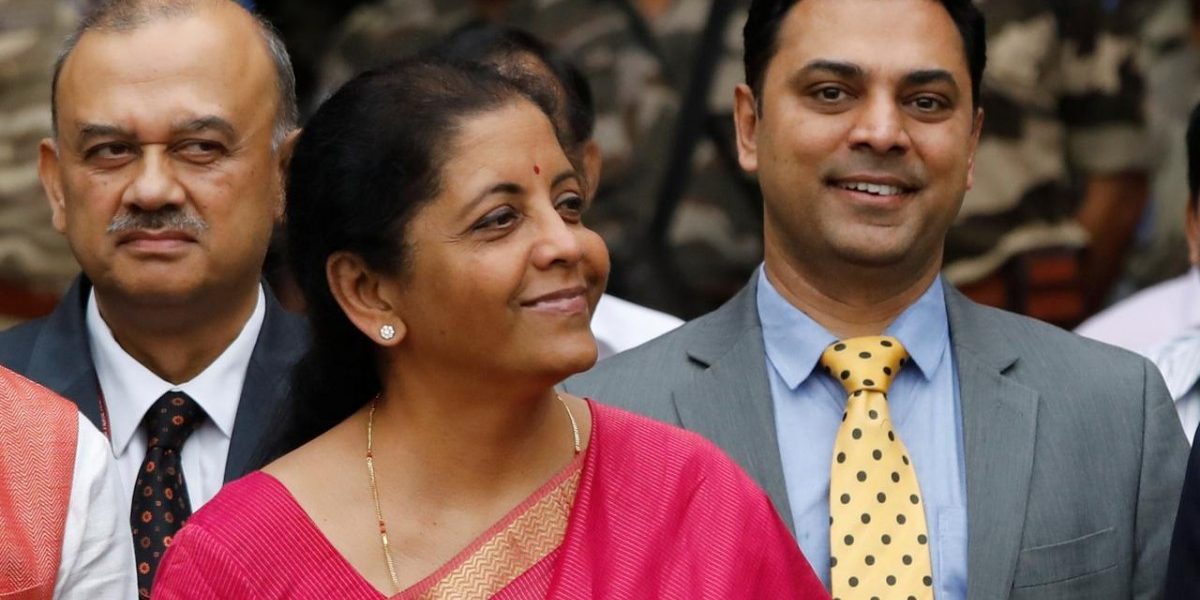 New Delhi: Conceding that GST may have some flaws in its present form, finance minister Nirmala Sitharaman on Friday asked tax professionals not to curse it and sought their help to make it better.

The minister was replying to the concerns raised by taxation industry professionals here, who said that the industry was “cursing” the government over how the GST was implemented.

Billed as the biggest reform in indirect taxation, the Goods and Services Tax, which does away with a host of levies from the federal to the local government levels, was implemented on July 2017.

On several stakeholders “cursing” GST, Sitharaman even objected to a person who raised the question and asked him not to damn the law which was passed by parliament and all the state assemblies.

“After a long time, many parties in parliament and in state assemblies worked together and came up with the Act. I know you are saying this based on your experiences but suddenly we cannot call ‘what a goddamn structure it is’,” the minister said.

She interacted with people from industries, chartered accountants, company secretaries and many other stakeholders in the financial sector. Stating that it has been only two years since GST was implemented, she said that she would have wished the new structure was satisfactory from day one.

She also said that she wants all stakeholders to give some solutions for better compliance. “We cannot damn it. It might have flaws, it might probably give you difficulties but I am sorry, it is the law of the land,” she added.

B.M. Sharma, a member of the Cost Accountants Association, later explained why he said what he said. “I said that the objective of GST was to ease of doing business, reduce tax complexities, rationalise 13 taxes, and reduce litigation and corruption. But the same is not being achieved due to several problems and industries and professionals are complaining now,” he said.

As Sharma suggested some solutions, the minister asked him to meet her in Delhi.

Earlier during a presser, when asked about the low GST collections, the minister attributed it to the difficulties due to weather-related disasters and also poor compliance.

“Yes, GST collection in some areas has not been strong enough. Various districts in Maharashtra, Karnataka, Himachal, and Uttarakhand were flooded and we had to postpone filing returns from these areas,” she said.

She also said that the Revenue Secretary has already formed a committee to identify where the collection has not been adequate as per our expectations. “We have some reports on how in some cases evasion has happened. The committee will look into how this can be plugged and if there has been any under-invoicing,” she said.