Does India Really Know What its GDP Is?

Everyone knew India's organised sector contained a large number of shell companies. We should have worked out its impact and whether a blowing up factor was required before launching the new GDP series. 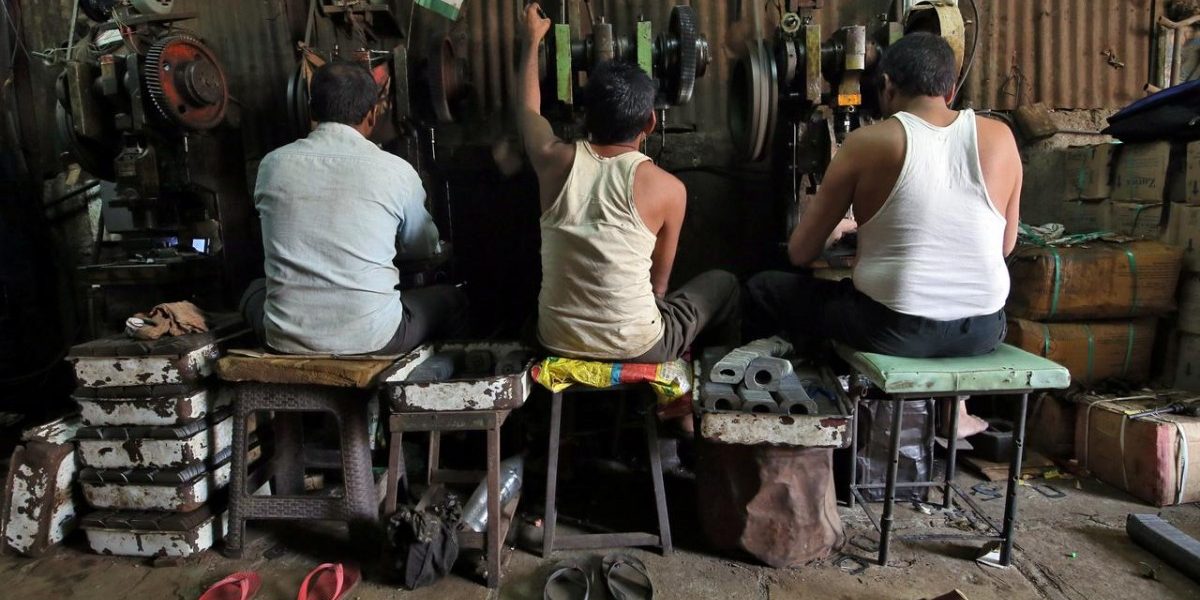 Another controversy about India’s gross domestic product (GDP) data has broken out, with a National Sample Survey Office (NSSO) report casting doubt on the quality of a key database of Indian companies.

According to the report, 36% of India’s ‘active’ companies are not traceable or are incorrectly classified. This is the latest incident in a string of controversies over India’s economic growth data in the last year.

GDP, simply put, is a measure of the total output in the economy. This is one number which is supposed to represent society’s welfare. The larger it is, the greater the pie which can be divided between the citizens of the country. Of course, the pie may be very unevenly divided so that the people at the bottom may gain little from the increase in the GDP, but generally it is argued that due to trickle down effects, those at the bottom are also able to improve their standard of living to some extent.

Governments also use GDP as a means to showcase their success. For instance, currently, the NDA-II government’s spokespersons repeatedly emphasise that India is the fastest growing economy and has become the sixth largest economy in the world ahead of France and will soon become larger than even Great Britain, our former ruler.

But what if the way we measure growth  is simply not correct? Doubts about our growth data started soon after the new series of GDP was announced in 2015.

The new series, which came with a number of fundamental underlying changes, showed that the Indian economy was larger and growing faster than what the earlier data indicated.

It was created with the base year 2011-12 as compared to the earlier base of 2004-05. Also, for the private organised sector, a new data series called ‘MCA-21’ was used. This series consists of the data of all the companies registered with the ministry of corporate affairs (MCA). Each company is allotted a 21-digit code, hence the name MCA-21.

The new controversy strikes at the heart of the second change, raising questions over 36% of the companies in the MCA-21 database.

So, two things happened in the new GDP series. One, the base year was changed to reflect the changing composition of the economy and two there was a major change in the data to measure the contribution of the private organised sector of the economy.

There is nothing new in changing the base year of GDP since the economy is always changing with new products coming and technology changing the nature of products. For instance, earlier typewriters were important but now it is computers that are the defacto instruments for information processing. Landlines have been replaced by mobile phones. Cars of today are very different from cars of two decades back and so on. So, a change in base year takes care of the changing composition of the economy and the products it is making. 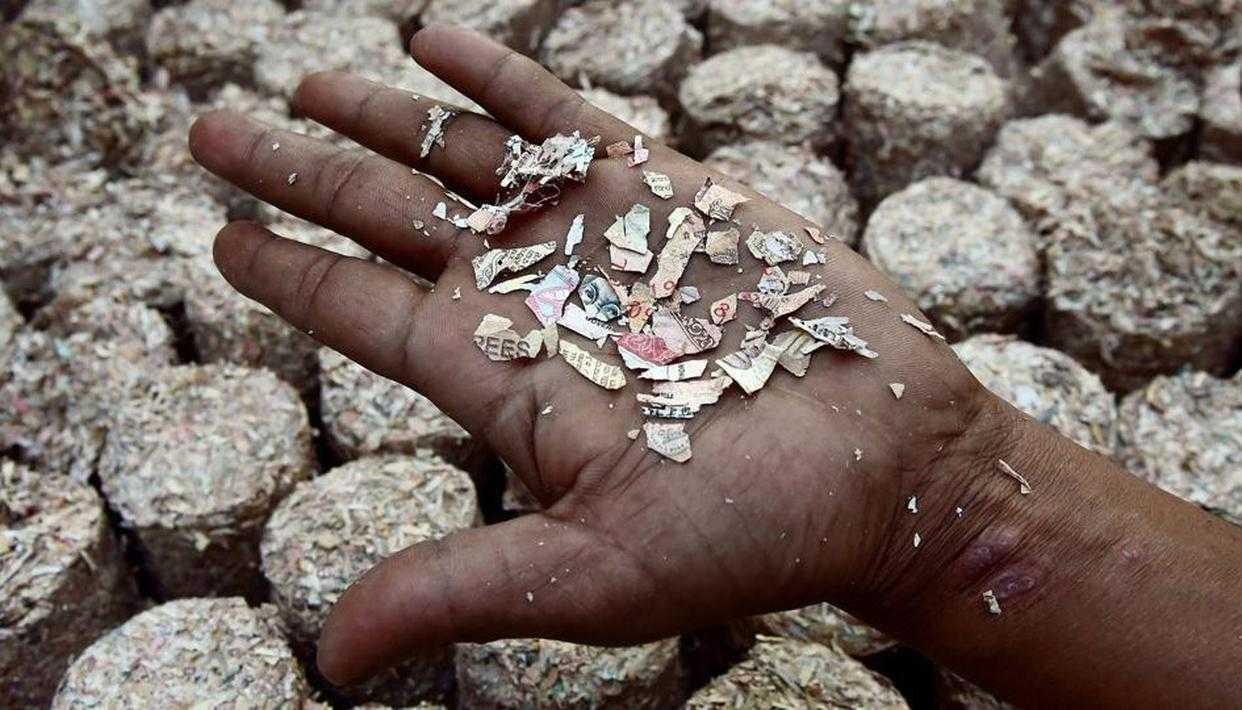 Furthermore, a modern day economy is very complex and produces a huge number of things. These can be divided between different sectors called the primary, secondary and tertiary. These are further divided into agriculture, mining, manufacturing, trade, transport, etc. Thus, GDP must account for all of them. To do so, it has to add up the production in each of these sectors and sub sectors.

So, there are official agencies for collecting/reporting data from each of the components to estimate the contribution to GDP. Based on the partial data available from each component, an estimate of the total has to be made. For this, methods are devised for each component, based on the availability of data. For instance, every farmer does not go to some agency and inform it about how much he/she is producing. The relevant ministry has to estimate what the agricultural production is by some method.

There are committees that go into the method and database to be used for each component of the economy. Each time the base year is changed, some advance is made in the method used as more and better data become available. The United Nations has been devising a standard method for such estimation called System of National Accounts (SNA), the latest having come in 2008.

India has been trying to implement these recommendations.

New Delhi, however, has a huge problem – much bigger than in most other countries. It has a very large unorganised sector which does not report data to any agency. Data on this component has to be obtained through periodic surveys; once every five years.

Also read: Growth at 8.2%, Yet All Is Not Well in India’s Unorganised Sector

In between these years – called the reference years – a proxy is used. This is often based on the organised sector data.

Not quite, but is broadly acceptable provided there is no shock to the economy which changes the crucial ratios in the economy. But, the Indian economy has had two big shocks in the last three years – demonetisation and then GST – both of which have adversely impacted the unorganised sector so that the proxy based on the organised sector data is no more applicable. Thus, GDP calculated on the old basis is no more valid.

What is the impact of the missing data from MCA21 on GDP? There are two components to the missing data. First, companies were not found at the registered address and second they were not doing the work that they had officially stated they were doing.

A company is said to be ‘active’ if it files with the government certain types of financial reports at least once in three years.

If a company is active, its data should be included in the GDP. If it is inactive, then the data does not exist and it does not contribute to the GDP.

Companies that are filing their returns regularly get counted every year. The companies that have ceased operations do not impact the GDP.

India has a very large black economy and companies, big and small, resort to black income generation. To do this they set up what are called shell companies. As the name suggests, they are merely a ‘shell’ and are not active in production. They serve several purposes. They may be used to divert profits from the main company so as to lower tax liability. They are often the conduits for under and over invoicing. They may also be conduits for siphoning out capital from the main company to some other entity or even abroad. At times these companies are registered in the name of some other entities so are ‘benami’. Again the idea is to siphon out profits and split it to lower tax liability.

The net result is that in some cases, production that should have been shown by the main company is shown as output of the ‘benami’ or shell company. So, adding these companies gives a more complete picture of the output of the economy.

On the other hand, there are many cases in which these companies are mere conduits for transfer of funds with little production. If these companies get counted then there will be an inflation of output and growth rate may also get increased. This would especially happen if a blowing up factor is applied to the MCA-21 data to account for the companies which do not file their return every year.

So, the problem with GDP due to the switch to the new corporate database is a result of using a series without fully comprehending its nature. It needed to be tested before hand. It has been known for a long time that a large number of shell companies exist in India. These are registered and are a part of the MCA database. Thus, before using this data, it was necessary to work out what would be the impact of the existence of such fictitious companies and whether a blowing up factor was required or not. What this factor should be applied to and what its magnitude should be is an important question.

At stake is our GDP data, which is even less than reliable than earlier thought because of errors in both organised and unorganised sector estimates.