Thanks to GST and Poor Demand, A Dim Diwali for Dharavi's Once Vibrant Small-Scale Businesses

"The entire trade chain is ruptured. Is this the ease of business the prime minister talks about?” 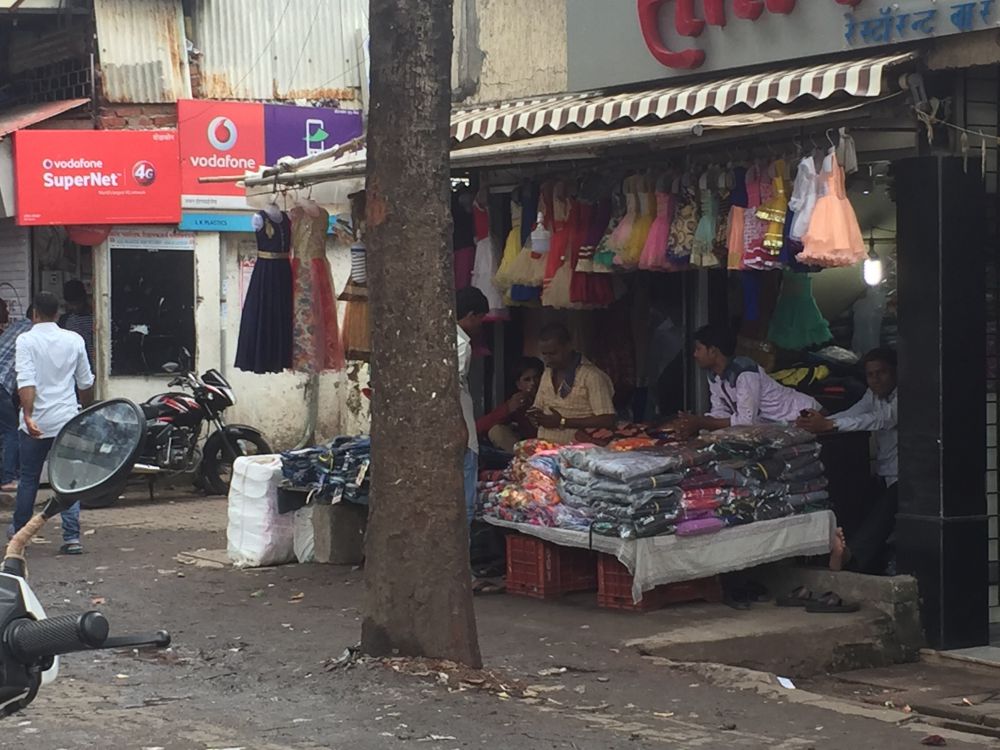 Mumbai: With Diwali round the corner, shops should be buzzing with customers and factories, small and big, should be humming with activity to produce goods. But the mood in the markets is sombre – this becomes clear in one of Mumbai’s busiest small-scale production centres.

Dharavi, Asia’s largest slum and home to countless small factories, has gone quiet. The sewing machines have stopped humming and units that were previously busy, especially in festival times, are now silent.

Akbar Ali Abdullah, 48, who runs a garment production unit, explains why. At his rickety workshop at the corner of a narrow passage, the bespectacled Abdullah, hunched over, is meticulously carving jeans out of denim cloth. He does not require much convincing to spare a few minutes for an interview. “I could not have imagined spending time talking to someone with Diwali a few days away. But now I have time,” he says. “I have been in this trade for the past three decades. Never has the situation been so disastrous for business. Those who never ever borrowed money are now looking for credit. This Diwali is set to be forgettable.”

Abdullah says seven of his 12 stitching machines are currently not being used. “My work has dwindled to a quarter of its usual production,” says Abdullah. “Dussehra followed by Diwali used to be the season to make money. I would be swamped with work 24 hours a day. But today, I have sent two of my seven workers back to their villages, and three more are set to leave. The electricity bill will shortly overtake my income, it looks like. I have asked two workers to stay because there is an outside chance of a few orders just before Diwali.”

Lurking behind the workshop is a steep, rusty ladder leading up to another room, where three of Abdullah’s labourers are working. Kishore Kumar songs play in the background in the congested and hot space. 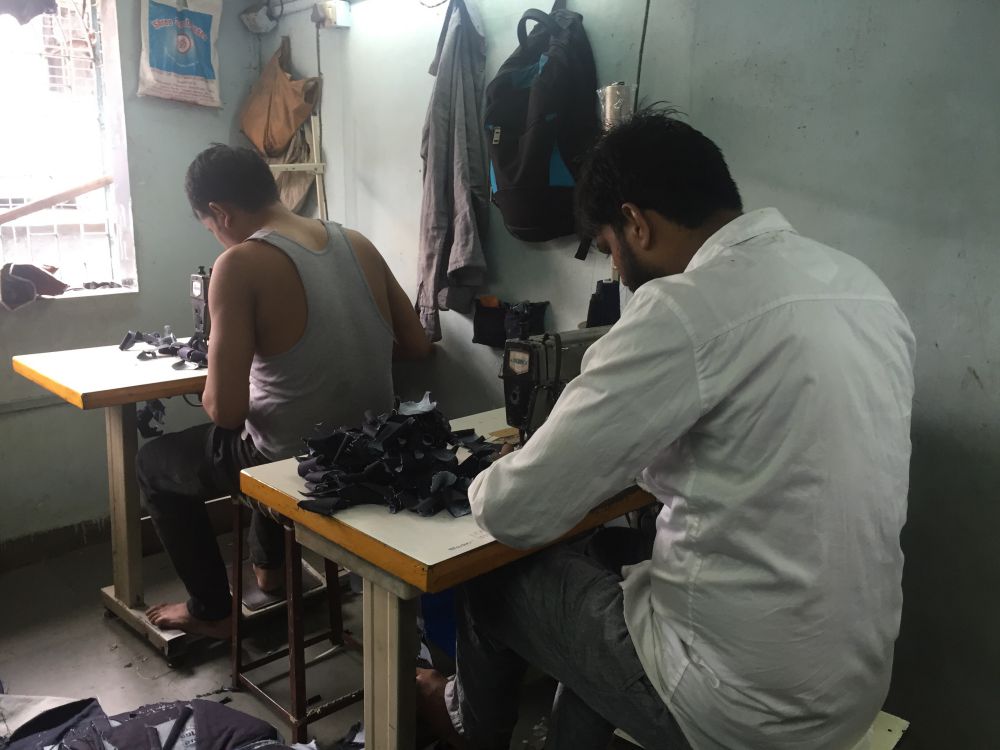 Raju Verma, 22, one of the workers, says he was initially planned to go to his village for a holiday on October 30 – he will now leave on October 15. “What is the point of staying?” he asks. “Our income depends on the amount of work we do. Normally, we would make Rs 4,000 a week, even more, during this season. The past few weeks have fetched me merely Rs 1000. I thought I would go home after Diwali, having made some money. Since that is not possible, let me go earlier and spend Diwali with my family in Uttar Pradesh.” 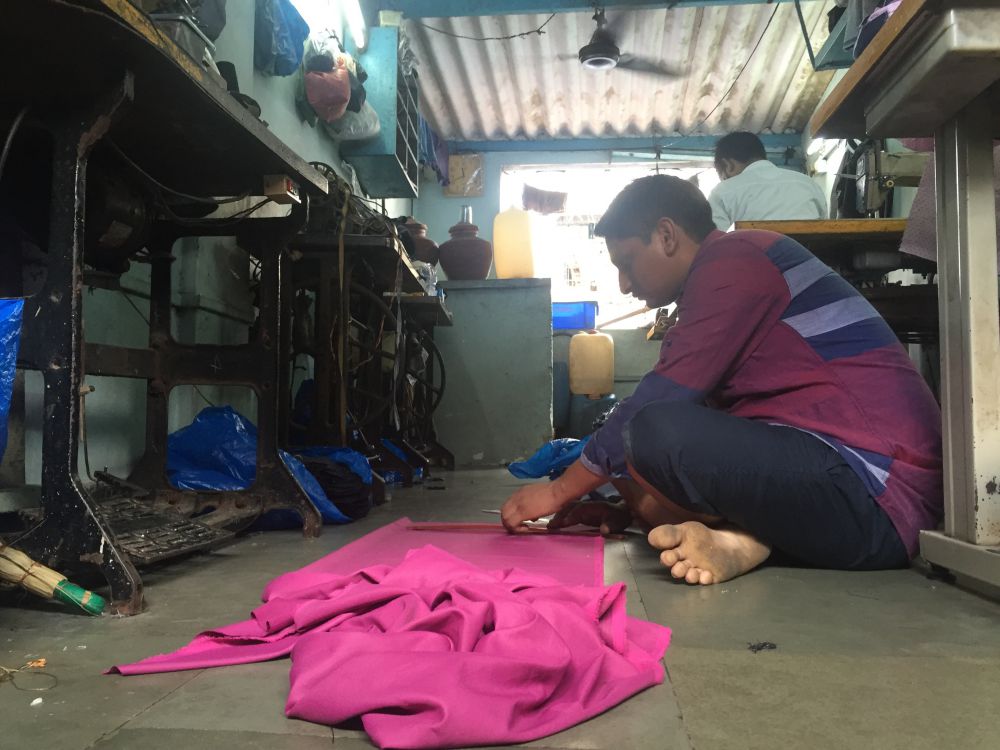 Various estimates indicate there are close to 5,000 small-scale businesses and 15,000 single-room factories or workshops cluttered in the usually bustling narrow alleys of Dharavi, employing lakhs of workers. Overheads, especially labour, are cheap here, which is why some of the big suppliers outsource a lot of work to contractors and workshops in Dharavi. The vast slum, spread over two square kilometres, is home to an estimated one million people, who live in high-density conditions, often without proper sanitation. It is also an economic engine – various academic and other estimates have pegged its economy at a turnover of between $650 million to $1 billion.

But this economy has been severely hit of late, first by demonetisation and then by the enforcement of the Goods and Services Tax (GST). Much of the business happens in cash, but the ones that are part of a more formal economy are facing the double whammy of lack of demand and GST compliance.

Right alongside Abdullah’s workshop, Gopi Shankara, 50, is leisurely smoking a cigarette while sipping cutting chai. Shankara, who produces shirts at a factory and supplies them to several top brands, says he had 35 workers but has let most go, keeping back only ten or so. Production has dwindled from 12,000 pieces a month to 3,000. “We cannot afford to pay the workers while we struggle to look after our families,” explains Shankara. “I have two teenaged kids. I am responsible for their education. Several employers have sent their workers back. If you had visited last year, you would not have been able to hear me. The noise of machines would have echoed around us.”

Chandrakant Pote, a member of the Leather Industries and Goods Manufacturing Association, says one of the reasons for orders plummeting is falling public demand. “Corporate queries are almost down to zero,” he says. “When companies higher up the value chain are struggling to sustain themselves, how can they afford Diwali gifts to their employees or consumers? They have not placed any orders this time. The entire market situation is bad. Everyone involved in the chain is affected. The consumer is not buying.”

Akeel Ahmad has a factory that makes school bags, but has not paid rent for the place for two months now. “He has never missed a date when it comes to paying rent. But I cannot do anything because I know everyone here is struggling,” says his landlord.

Ahmad says, “There is a lot of confusion about the implementation of GST. When we supplied goods to a party, they would pay us back in 60 or 90 days. Knowing they now have to draw the cheque immediately has made parties stingy.”

He calls a number on his phone. It keeps ringing. “This guy used to call me and give Rs 50,000 as an advance,” he says. “He is now avoiding my call for just Rs 6,000. There was a time my phone hardly stopped ringing for orders during the festive season.” 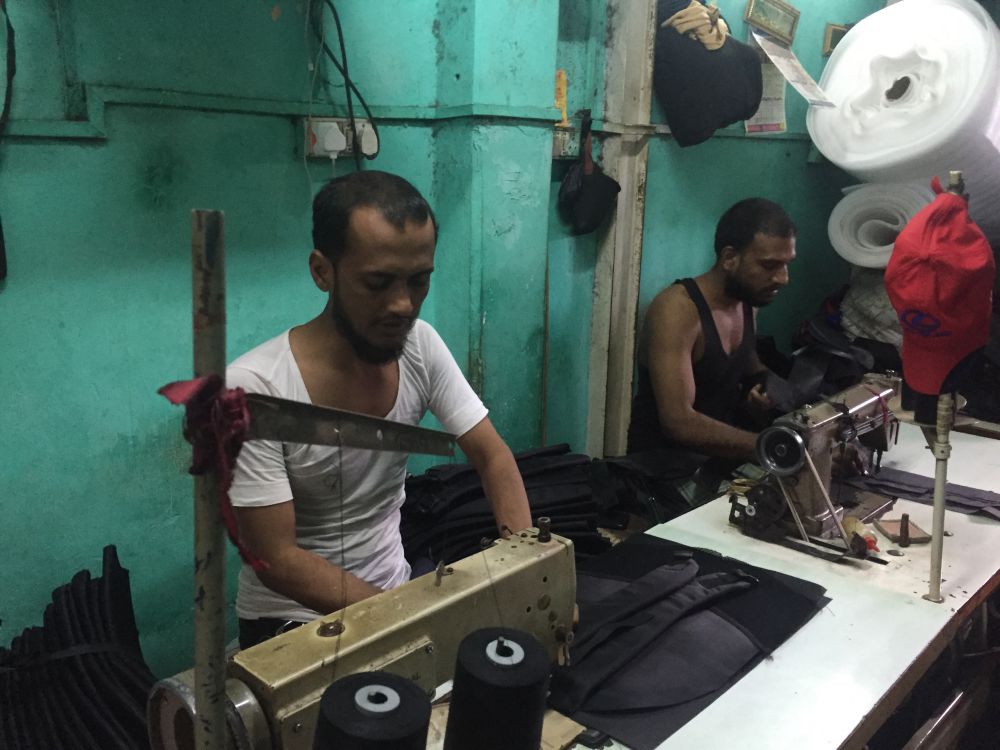 Technically, firms with an annual turnover of less than Rs 20 lakh are exempt from registering under GST. But larger companies who commission work from them need to collect and pay the tax on behalf of unregistered vendors. In order to save themselves the trouble, big companies have started “pruning their vendor list for sourcing products and services, weeding out small suppliers which are yet to register under the GST”.

Which is why Ahmad registered, and his chartered accountant (CA) told him the fees to file GST would be Rs 20,000 a year. “He used to charge 1500 rupees,” says the flabbergasted Akeel. “But returns need to be filed every month as opposed to once a year. They have reduced it now but it is still a lot of work for the CA.”

GST has contributed to higher product prices, which in turn has affected demand considerably. Mohammad Khurshid Sheikh, 45, opens the downed shutter of his single-room leather factory to show how the raw material is dumped and packed away in cardboard boxes. “I get raw material from Chennai to make leather jackets,” he says. “Leather is a luxury item, the tax is 28%. The cost of making the jacket is Rs 3000. Plus labour costs. The shopkeeper adds GST. Who will buy such expensive stuff? Every product has suffered this way.”

Upon being asked how much time it would take to resurrect the dwindling business, Sheikh paints a depressing picture. “The entire trade chain is ruptured,” he says. “I wonder if things will ever be back to normal. Several factory owners have fled Dharavi to their native places because they could not pay rent. I have let all my staff go. Is this the ease of business the prime minister talks about?”

Parth M.N. is a special correspondent with the Los Angeles Times and a freelance journalist. He tweets @parthpunter.