1,000+ Experts From Around the World Call for 'Degrowth' After COVID-19 Pandemic

This, they say, will require an overhaul of the capitalist system. 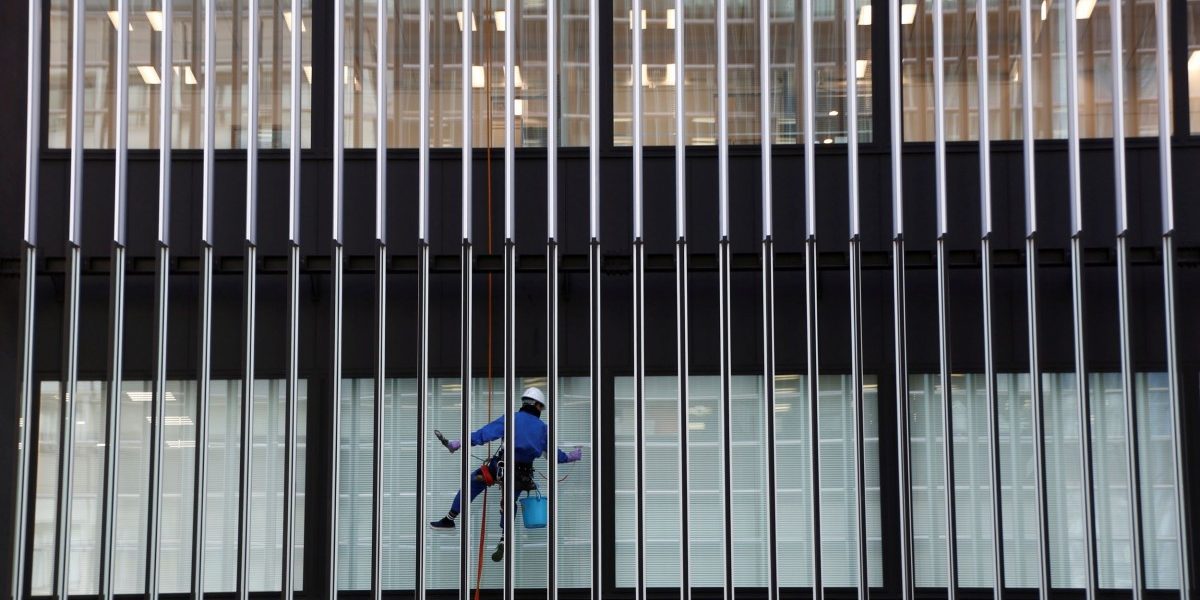 A worker cleans windows on a commercial building at a business district in Tokyo, Japan, January 23, 2017. Photo: Reuters/Kim Kyung-Hoon/File Photo

New Delhi: A group of over 1,000 experts and organisations have written an open letter questioning the world’s strategy, and suggesting a transformative change as we move beyond the COVID-19 pandemic that has gripped us all.

For a more just and equitable society, they argue, “degrowth” is the way to go. This, they say, will require an overhaul of the capitalist system – “a planned yet adaptive, sustainable, and equitable downscaling of the economy, leading to a future where we can live better together with less”. They have put forth five principles which they believe will help create a more just future.

Blind faith in the market system and pursuits like “green growth” will not make matters any better, they agree.

Read the full text of the letter below.

The Coronavirus pandemic has already taken countless lives and it is uncertain how it will develop in the future. While people on the front lines of healthcare and basic social provisioning are fighting against the spread of the virus, caring for the sick and keeping essential operations running, a large part of the economy has come to a standstill. This situation is numbing and painful for many, creating fear and anxiety about those we love and the communities we are part of, but it is also a moment to collectively bring new ideas forward.

The crisis triggered by the Coronavirus has already exposed many weaknesses of our growth-obsessed capitalist economy – insecurity for many, healthcare systems crippled by years of austerity and the undervaluation of some of the most essential professions. This system, rooted in exploitation of people and nature, which is severely prone to crises, was nevertheless considered normal. Although the world economy produces more than ever before, it fails to take care of humans and the planet, instead the wealth is hoarded and the planet is ravaged. Millions of children die every year from preventable causes, 820 million people are undernourished, biodiversity and ecosystems are being degraded and greenhouse gases continue to soar, leading to violent anthropogenic climate change: sea level rise, devastating storms, droughts and fires that devour entire regions.

Also read: We Will Survive the Coronavirus. We Need to Make Sure We Survive Ourselves.

For decades, the dominant strategies against these ills were to leave economic distribution largely to market forces and to lessen ecological degradation through decoupling and green growth. This has not worked. We now have an opportunity to build on the experiences of the Corona crisis: from new forms of cooperation and solidarity that are flourishing, to the widespread appreciation of basic societal services like health and care work, food provisioning and waste removal. The pandemic has also led to government actions unprecedented in modern peacetime, demonstrating what is possible when there is a will to act: the unquestioned reshuffling of budgets, mobilisation and redistribution of money, rapid expansion of social security systems and housing for the homeless.

At the same time, we need to be aware of the problematic authoritarian tendencies on the rise like mass surveillance and invasive technologies, border closures, restrictions on the right of assembly, and the exploitation of the crisis by disaster capitalism. We must firmly resist such dynamics, but not stop there. To start a transition towards a radically different kind of society, rather than desperately trying to get the destructive growth machine running again, we suggest to build on past lessons and the abundance of social and solidarity initiatives that have sprouted around the world these past months. Unlike after the 2008 financial crisis, we should save people and the planet rather than bail out the corporations, and emerge from this crisis with measures of sufficiency instead of austerity.

We, the signatories of this letter, therefore offer five principles for the recovery of our economy and the basis of creating a just society. To develop new roots for an economy that works for all, we need to:

1) Put life at the center of our economic systems.

Instead of economic growth and wasteful production, we must put life and wellbeing at the center of our efforts. While some sectors of the economy, like fossil fuel production, military and advertising, have to be phased out as fast as possible, we need to foster others, like healthcare, education, renewable energy and ecological agriculture.

2) Radically reevaluate how much and what work is necessary for a good life for all.

We need to put more emphasis on care work and adequately value the professions that have proven essential during the crisis. Workers from destructive industries need access to training for new types of work that is regenerative and cleaner, ensuring a just transition. Overall, we have to reduce working time and introduce schemes for work-sharing.

3) Organize society around the provision of essential goods and services.

While we need to reduce wasteful consumption and travel, basic human needs, such as the right to food, housing and education have to be secured for everyone through universal basic services or universal basic income schemes. Further, a minimum and maximum income have to be democratically defined and introduced.

This means enabling all people to participate in the decisions that affect their lives. In particular, it means more participation for marginalised groups of society as well as including feminist principles into politics and the economic system. The power of global corporations and the financial sector has to be drastically reduced through democratic ownership and oversight. The sectors related to basic needs like energy, food, housing, health and education need to be decommodified and definancialised. Economic activity based on cooperation, for example worker cooperatives, has to be fostered.

5) Base political and economic systems on the principle of solidarity.

Redistribution and justice – transnational, intersectional and intergenerational – must be the basis for reconciliation between current and future generations, social groups within countries as well as between countries of the Global South and Global North. The Global North in particular must end current forms of exploitation and make reparations for past ones. Climate justice must be the principle guiding a rapid social-ecological transformation.

As long as we have an economic system that is dependent on growth, a recession will be devastating. What the world needs instead is Degrowth – a planned yet adaptive, sustainable, and equitable downscaling of the economy, leading to a future where we can live better with less. The current crisis has been brutal for many, hitting the most vulnerable hardest, but it also gives us the opportunity to reflect and rethink. It can make us realise what is truly important and has demonstrated countless potentials to build upon. Degrowth, as a movement and a concept, has been reflecting on these issues for more than a decade and offers a consistent framework for rethinking society based on other values, such as sustainability, solidarity, equity, conviviality, direct democracy and enjoyment of life.

Join us in these debates and share your ideas at Degrowth Vienna 2020 and the Global Degrowth Day – to construct an intentional and emancipatory exit from our growth addictions together!

This letter is the result of a collaborative process within the degrowth international network. It has been signed by more than 1,100 experts and over 70 organizations from more than 60 countries. See all signatories here